Home
Comic Books
We’ve all had points in our lives where hit our lowest lows, and Laney of the Webtoon series Metaphorical HER is no exception. Hitting bottom and going further still, she manages to build herself back up through her poetry within the underground rock scene, making friends and enemies along the way. Creators James Maddox and David Stoll have woven a beautiful tale of love, reinvention, and discovery, couple with compelling visuals that won’t let you look away. 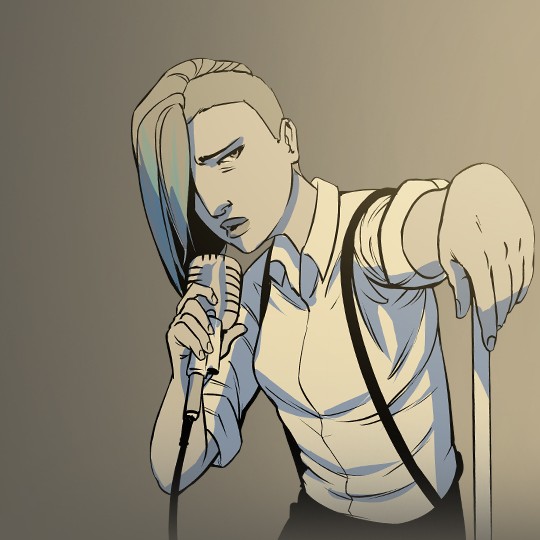 Recently, Maddox and Stoll launched a Kickstarter through a partnership with Rocketship Entertainment to bring Metaphorical HER to print, a campaign that has already more than doubled its goal. With the campaign in the thick of its last week, I spoke with Mr. Maddox about the conceit of Metaphorical HER, his inspirations and influences, and the Kickstarter itself. 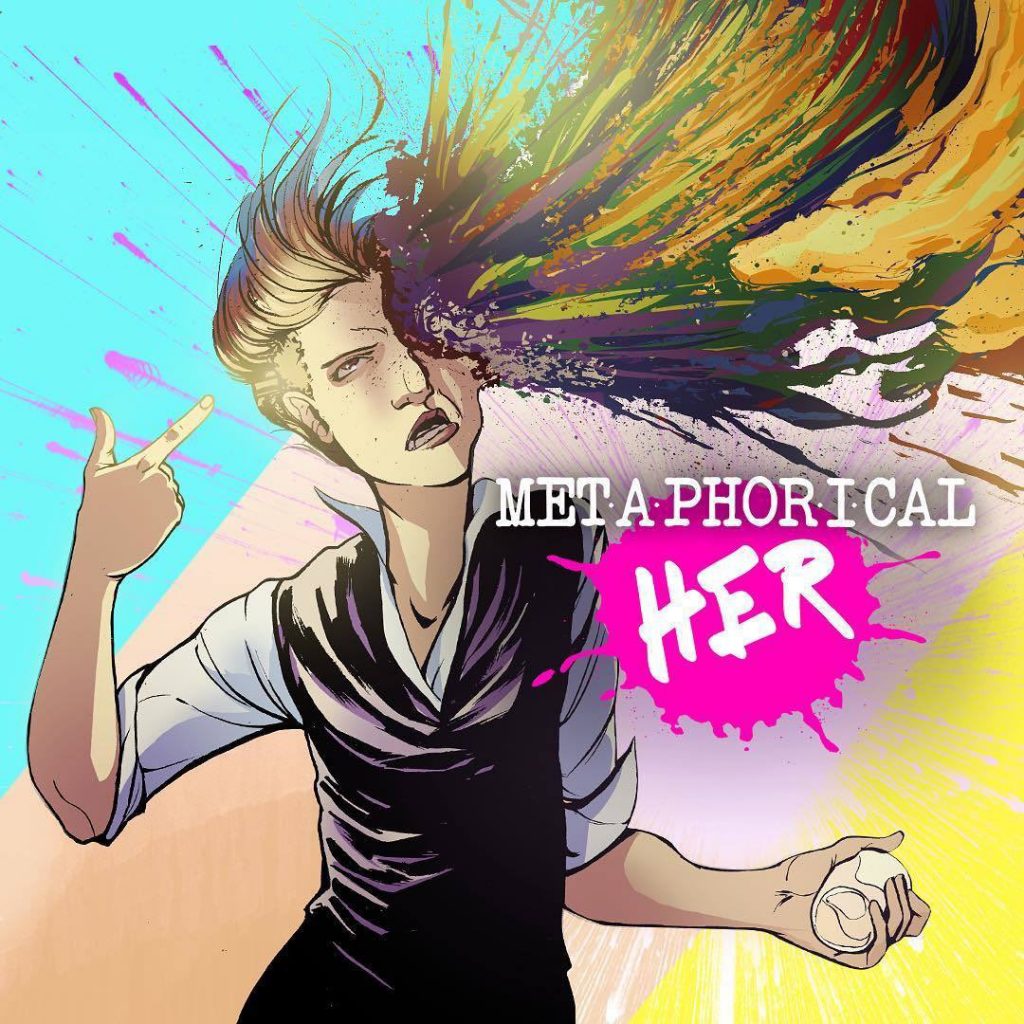 FreakSugar: For folks who aren’t familiar with the webcomic, what can you tell us about Metaphorical HER?
James Maddox: Metaphorical HER is a story about ambition, chosen families, bar rock and gutter poetry, all of which is crafted with an overlay of visual metaphors in its storytelling. 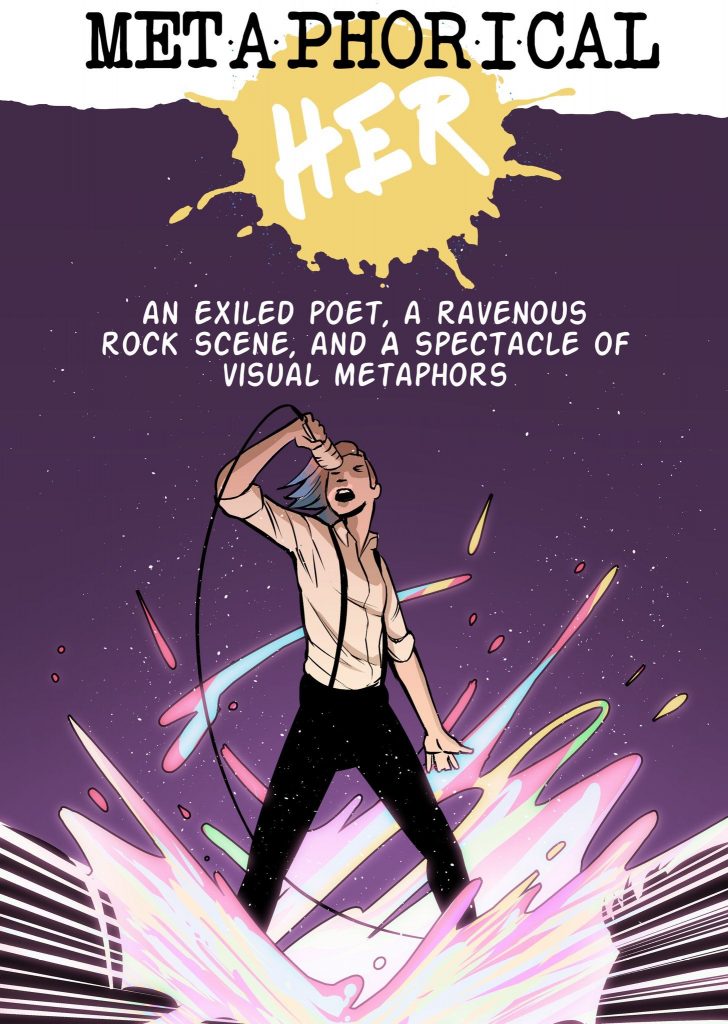 Laney is our lead character, and when the series begins, she’s pretty much a dumpsterfire of a person. But by the time the series ends… well… she’s still smoldering, but she’s taken on the forces and individuals that want to hold her back from being the best poet in her city and steamrolled them with her energy and attitude.

FS: The comic is just delightful. What can you tell us about the cast of characters?

JM: We’ve covered Laney a bit, so let’s move over to Vik, who is a designer of quality guitar pedals. Vik is attempting to quit her day job and design full time when she meets Laney’s rock star brother, Jean. The two start flirting and a love story is born.

We’ve also got Gerry, who is infatuated with Laney, but who Laney doesn’t really care for; Asher who has made it his new goal to use all his professional clout to blacklist Laney and track her career; and Herb who is the great tortoise to walk the earth. There are a lot more characters that we packed into this series, but these are the highlights. 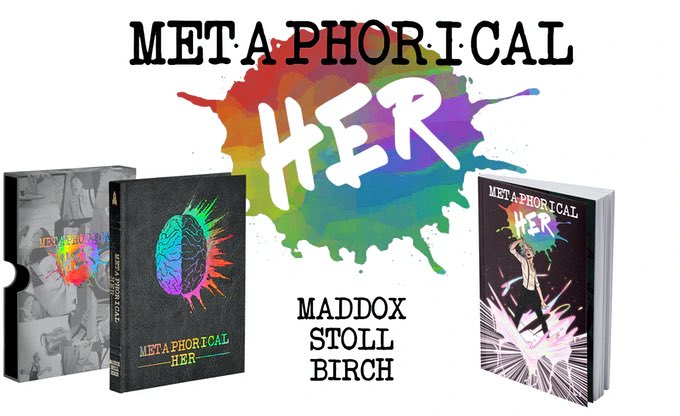 FS: What are some of the influences that have impacted your tale?

JM: For me, probably my biggest influence came from the works of novelist and poet Dennis Johnson. While he didn’t make use of anything like visual metaphor, he did tell stories of rough people in rough situations in a way that always drew me. I read a lot of of poetry while writing MH, as well. Stuff ranging from Hart Crane to Charles Bukowski. Beyond that I used a lot of my experience being on the road with my band, and all the music industry, dive bar takes and tales I had picked up from all that.

FS: How did you and David Stoll start working together on the webcomic?

JM: I pitched the initial idea of MH to an editor friend at Webtoon, and she wanted to present a full pitch to her board. Dave and I are close friends and had always wanted to work together, so when I considered who could possibly illustrate some of the varied and wild metaphor images I was dreaming up, Dave’s ability and style was an absolute stellar fit. From there, we were off to the races.

JM: Rocketship Entertainment approached us about putting MH into print, but they said they wanted to do something special. When they told us about a leather-bound library edition, both Dave and I were blown away. We’ve always held MH as one of our best works, and to have a publisher hold this series in as high opinion and take special initiative to make it stand out among their line of stories is a huge honor.

A sampling of backer rewards!

FS: What kind of rewards are you offering backers?

JM: Everything from prints to pins to commissions to appearing in the actual book.

FS: What do you hope readers will take away from the series?

JM: I hope readers identify with the characters and the struggles each are going through. I also hope they appreciate how hard it was for Dave and I to work in fresh visual metaphors for every chapter. [laughs]

Comics is the perfect medium for this story, because even though MH is a slice-of-life tale, we hope that is made infinitely more engaging with the outlandish visual metaphors we’ve embedded into every situation.

The Kickstarter  for Metaphorical HER is fully funded, but you can still contribute to the campaign and get in on some awesome rewards by clicking here!