Jamie S. Rich, comic creator and Eisner Award winner, has been named Editor-in-Chief of Tapas Media, Inc., starting his tenure today, June 21st. Rich has a long history in comics, working most recently with DC Comics with their Young Animal and Vertigo imprints. His storied career also has such highlights as work with Dark Horse Comics and film criticism with a variety of outlets. 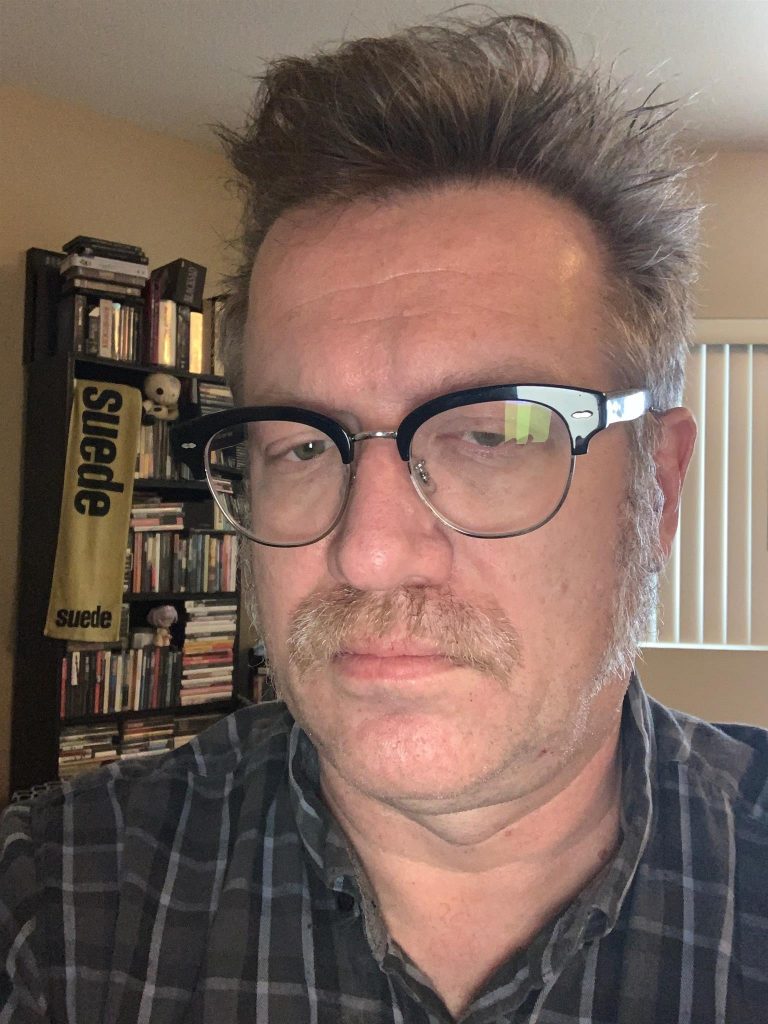 “We are thrilled to have Jamie join us as Editor-in-Chief. As both a creator and an editor, he has an innate understanding of the storytelling power of comics, and its ability to transcend the medium to both entertain and empower,” says Tapas Media CCO Michele Wells. “With this deep knowledge and experience, Jamie is uniquely positioned to help us expand our global reach by guiding the next generation of creators in finding just the right story to tell at just the right time.”

Los Angeles, CA (June 16, 2021) – Celebrated creator and Eisner-winning editor Jamie S. Rich is set to join the leading digital publisher of webcomics and novels, Tapas Media, Inc. as Editor in Chief beginning Monday, June 21. The former DC Comics editor will lead a diverse and talented team from both traditional comics and webcomics while overseeing content creation as Tapas continues to grow and focus on IP development. Rich brings a wealth of experience and knowledge of the sequential storytelling community and creator development to the fast-growing media company.

“My roots are in indie comics, which have always tended to be the place for more personal storytelling and a variety of genres,” says Rich. “It’s the same reason I’ve always liked manga, there were never any limits to the types of stories or style of artwork. I look at all the fresh talent at Tapas and I see the comics that will mean something to today’s readers and inspire the next generation of talent. I’m looking forward to collaborating with the amazing team of editors we already have working here and building out a library of truly incredible material.”

“We are thrilled to have Jamie join us as Editor-in-Chief. As both a creator and an editor, he has an innate understanding of the storytelling power of comics, and its ability to transcend the medium to both entertain and empower,” says Tapas Media CCO Michele Wells. “With this deep knowledge and experience, Jamie is uniquely positioned to help us expand our global reach by guiding the next generation of creators in finding just the right story to tell at just the right time.”

Jamie S. Rich started in comics in 1994 as an assistant editor at Dark Horse Comics before moving over to Oni Press in 1998, where he became editor in chief. He published his first prose novel, Cut My Hair, in 2000 before embarking on an extended freelance career in 2004. He is probably best known for his collaborations with Joëlle Jones in the graphic novels 12 Reasons Why I Love Her, You Have Killed Me, and Lady Killer, which was recently optioned by Netflix. In addition to the comics writing, Rich wrote extensively as a movie critic for DVDTalk.com, The Portland Mercury, The Oregonian, and more.

In 2015, Rich joined DC Comics as part of their Vertigo imprint, and quickly gained notice as the editor of Sheriff of Babylon by Tom King and Mitch Gerads. They would all reteam on the Eisner Award-winning Mister Miracle. In his time at DC, Rich oversaw DC’s Young Animal with Gerard Way and ultimately spent time overseeing DC’s top titles and characters. He also won an Eisner Award himself as part of the editorial team of the charity anthology Love is Love.

Tapas Media, Inc. is a next-generation media company offering bite-sized content through its online mobile platform, Tapas. Tapas Media properties, which consists of the popular Tapas mobile app and Tapas, boasts over 8 billion views to date from more than 8.6M registered users – primarily in North America. Tapas Media provides a best-in-class reading experience for fans of storytelling on mobile devices and on the web, featuring original series – under Studio Tapas, the division dedicated to producing and publishing original webcomics and novels – licensed webcomics, and a successful digital novels division. Tapas have a devoted community side of the platform, Tapastry, which provides a destination for any creator to share their stories and find their audience. Founded in March 2012, Tapas has gathered over 63,000 creators, 96,000 series, and more than 1.6M episodes. Tapas has multiple partnerships across various multimedia platforms including Scholastic, Zoic Studios, Vault Comics, BOOM!, Hachette Book Group, Ten Speed Press (Penguin Random House), Kakao Entertainment, Podium Audio, Frolic Media, Madison Wells, and more. Tapas is the 2020 Ringo Award winner for Favorite Publisher. Tapas received their first Eisner nominations in 2021 and recently made a name for itself in its half-billion-dollar acquisition by entertainment giant Kakao Entertainment.