Back in the early days of the funny book, comic book genres were many and sweeping: In addition to superhero fare, horror comics, sci-fi series, westerns, and romance comics filled the newsstands, giving readers a wide variety of offerings depending on their tastes. Many of those genres faded into the ether once superhero comic books began dominating the wallets of fans, but, thankfully, westerns, sci-fi comics, and other types of stories have seen a resurgence in recent years due to reader demand and creators’ storytelling tastes.

One such creator is Janelle Asselin. Known for her editorial work with ComicsAlliance and DC Comics, Ms. Asselin has started a Kickstarter campaign to bring romance comics back to the forefront in the hearts and minds of fans and give potential readers a wider variety of stories to devour. Fresh Romance from Rosy Press is a digital, monthly comics magazine that will focus on romance stories for the 21st century and feature a wide array of creators. Ms. Asselin took the time to speak with FreakSugar about the Kickstarter campaign, why she wanted to pursue the project, and what we can expect in future Fresh Romance installments.

FreakSugar: First of all, congratulations on passing your Kickstarter goal! From your work with Comics Alliance and your Kickstarter video, you obviously have a deep love of All Things Comics. What made you want to pursue this project? What makes now the perfect time for a resurgence in romance comics? 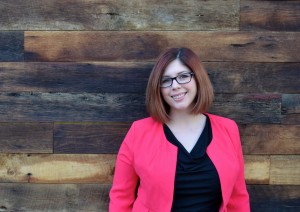 Janelle Asselin: Thank you! I think the comics industry is more open now than it was even just a year or two ago to something like Fresh Romance. We’re seeing more and more variety in genres and styles – and we’re seeing books with that variety not just exist but also succeed. I’ve wanted to do something like this for a long time, and especially over the last year I felt more and more that the time was right.

FS: I remember talking to my mom quite a bit about her love of romance and sci-fi comics when she was growing up. Do you have any particular romance comics—past or present—that you have a particular love or affinity for?

JA: My knowledge of the original romance comics is still getting filled in – I’ve been reading a lot over the last six months, but primarily my experience with romance comics has been through manga. Stuff like Fruits Basket, Hana-Kimi, Hot Gimmick, Boys over Flowers, Emma, Ouran High School Host Club, The Devil Does Exist… I could keep going.

FS: I adore the art by Ariel Jovellanos. Her style of the three women I saw on the video have an old-school style mixed with a 21st century sensibility. And I was thrilled to see Kate Leth from Kate or Die involved in the project. How did you hook up with the other creators of Fresh Romance?

JA: Most of the writers were people I counted as friends or friendly acquaintances and so I’d talked to them enough to know they had an interest in romance. All of them were eager to jump on board and completely nailed it with their pitches. The artists came from either my super long Hire This Woman list (which I use to do my weekly column at ComicsAlliance), from looking online for a specific style, or from suggestions from the other folks on the team. With each one, when we had the right fit, we all just knew it. I’ve really enjoyed seeing all the teams click.

FS: Do you plan on bringing more creators onto the anthology later on?

JA: Absolutely. Each of the current teams has a story spanning multiple issues, but we have a few stories lined up to replace them when their story or story arc is complete. Currently, one of the stretch goals on the Fresh Romance Kickstarter is that when we hit $35,000, we’ll announce the next round of creative teams. Some are brand new creators with followings in other media and others are well-established comics pros. I think people will be REALLY excited when they hear some of the names we’ve lined up.

FS: It was heartening to see that the stories you’ll feature in the anthology are directed at love across the sexual and gender spectrum. That’s not so much a question, but more of a thank you.

JA: I appreciate that – you know, there was never any doubt in my mind that I wanted this to not just be about making comics for women but for it to be an intersectional offering that didn’t exclude any classes of people. Given how much time I spend online talking about how comics publishers need to hire more diverse creators, I hold myself to an even higher standard.

FS: The initial stories in Fresh Romance touch on genres across the board. Are there any other genres you want to weave into future stories?

JA: There are two genres that I would really like to do – one would be a superhero love story and the other would be a pioneer-era western love story. I love superheroes and I’d love to be able to show that superheroes and well-done romance are not mutually exclusive. Also, I grew up reading the Little House books by Laura Ingalls Wilder and have always been obsessed with that era. So that’s how creators can pander to me.

FS: You’ve had a decade-long career in comics in some form or fashion. How have your past editorial experiences shaped how you approached tackling Fresh Romance?

JA: I’m always surprised by the things I learned doing jobs that weren’t in comics that help me out. For instance, prior to my time at DC, I paid the bills by doing accounts receivable work at at fashion designer in Chicago. I never would’ve thought that anything from that would come in handy in comics, but I know how to use Quickbooks which means I can deal with keeping track of invoices and payments in there. Or how having photography as a hobby would teach me how to use Photoshop which is an invaluable asset for an editor.

The things I’ve learned in comics are a little more straightforward. DC is really good about training its assistant editors – I was carefully mentored and we had classes about stuff like lettering placements and filling out vouchers, but I also learned the big things like how to manage an entire book on a monthly basis. At Disney I learned more about how non-comics publishers worked and what particular aspects of that might be helpful for spreading the gospel of comics beyond the comics industry. Because I started my career doing reviews and am now a journalist, I knew that getting the word out was immensely important – having a great product is the most important thing, but if people don’t know about it, they won’t back it or buy it or tell their friends.

I also, of course, learned from all my jobs in comics how I didn’t want to do things, which is very valuable as well.

FS: What kind of storytelling freedoms can you flex online with Fresh Romance that you might not be able to do in print?

JA: Well, one easy freedom is that I’ve heard occasionally publishers who do erotica have a hard time finding a printer who will print their books. Now, we’re not going to be full erotica, but that’s just not something we even need to worry about at this point.

Probably the biggest way it affects our storytelling, though, is that because we’re digital-first, we’re working at a slightly smaller trim size at 6×9. It just made sense because most people will probably be reading them on a tablet or ereader, and 6×9 fits those much better. Plus, I love the 6×9 size that publishers like First Second use for a lot of their books, so I figured if we do print, we know they’ll look good. It’s just that if we were printing individual issues, that size doesn’t work. The digital product then will look clearer to readers on tablets and screens because its made for them.

FS: When should we expect Fresh Romance to hit the web?

JA: May! We’ll announce a more specific date once the Kickstarter is close to ending, but of course the easiest way for people who want to read Fresh Romance to stay on top of release dates is to back the project!

Although the Fresh Romance Kickstarter has already met its fundraising goal, you still have 19 days to contribute to this very worthwhile campaign. Be sure to check out both the Kickstarter page and Rosy Press’ official website for updates. If you’d like to see a venue for broader storytelling opportunities–both in terms of creators and genres–definitely, definitely, definitely consider donating to Ms. Asselin and her fellow writers and artists’ efforts!