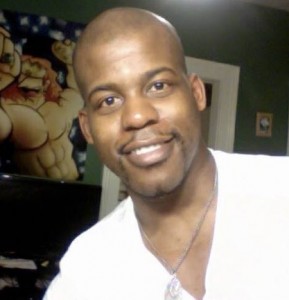 Jarrett Williams has a passion as a comic book creator whose love of the medium is evident from the moment you get him talking about comic books. His love of the medium and how it can entertain and enlighten is clear from his body of work, stretching back to his book Super Pro K.O.!

Mr. Williams brings that enthusiasm to his new series Hyper Force Neo, out this week from Z2 Comics. Mr. Williams spoke with me recently about the idea behind the series, why he decided to make the book accessible to all ages of readers, and the message of inclusivity in Hyper Force Neo.

FreakSugar: Hyper Force Neo is alternately fun, beautiful, and poignant. What led to the idea behind the series?

Jarrett Williams: Hyper Force Neo tells the story of these teenaged kids that begin discovering cosmic Neo Keys all around their hometown of New Sigma City. The keys have these small, helpful robot guardians that help the kids understands the responsibilities and newfound powers that are granted with use of these keys.

They also eventually wield pretty cool weapons, and even pilot these humongous Neo Mechs which are battling robots. They use their powers to protect the city from this vagabond alien group called the Dark Edge. The Dark Edge can also disguise themselves as humans which causes a lot of drama and hilarity.

The idea first came to me last summer. I went overseas to Belgium and Hong Kong and spent a lot of my time working on my pitch and developing the characters you now see in the finalized comic. I think Hong Kong with it’s charming citizens, huge skyscrapers, and billboard displays was a huge influence for sure.

One thing I kept reminding myself while creating the series was that it’s about kids in the 9th grade. While many stories featuring teens go the angsty route, I really wanted to highlight the fun aspect of being a kid. Sure, the heroes in this comic experience stress, especially when it comes to managing their homework, tests, clubs, sports, and social lives alongside their secret hero lives. However, I really wanted there to be an overall positive vibe to the series. 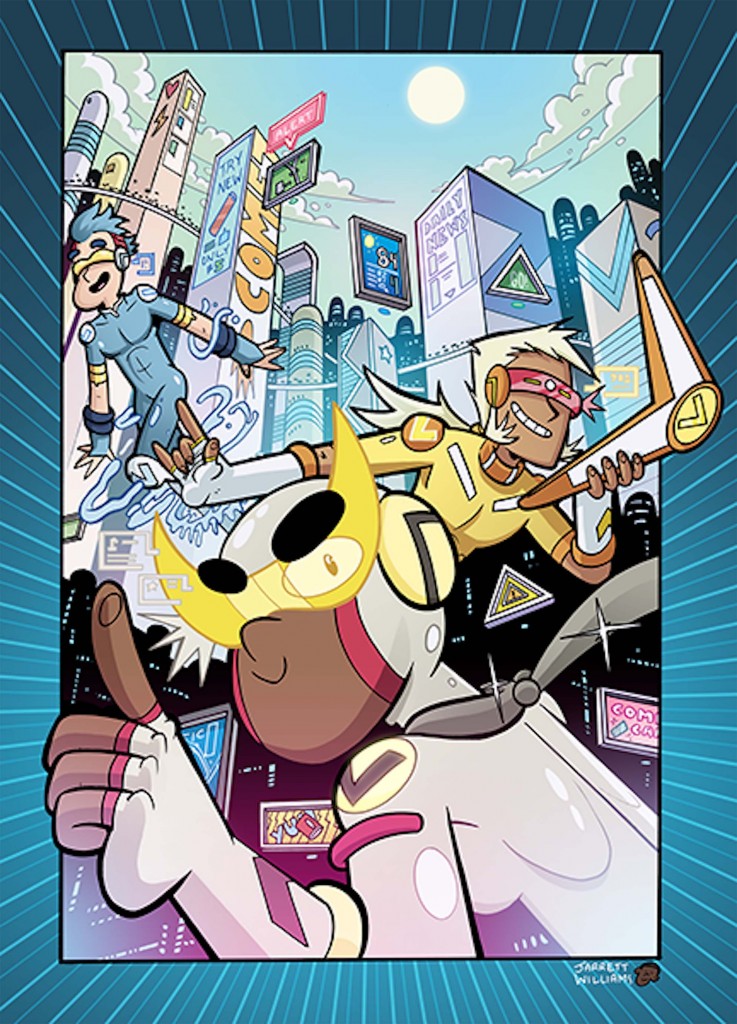 FS: I love that the series setting is a school setting, because that atmosphere is such a perfect place to explore character growth and see so many personalities on display.

JW: I agree. It’s a really wild environment between the students walking the halls, the instructors and robot staff, and also the aliens in disguise. I was only able to show off a few spots in Issue 1 but the reader is definitely exposed to even more areas of the school over the course of Hyper Force Neo. I think you’ll enjoy New Sigma Mall which is another fave location of mine in later issues.

FS: I appreciate the fact that Hyper Force Neo is an all-ages book. It’s a book that I can enjoy and share with my nieces, who I would like to hook with the comic book bug. How important was it for you to make the title an inclusive reading experience?

JW: It was really important for me. When I was younger (around 10 or so), I would read my comics to my little brother. He was sort of my filter for new ideas and I’d gauge how he’d react to things that I was reading him. I want parents to be able to feel free to comfortably let a kid just get lost in this comic too. It’s important for kids to have strong comic options for reading too.

In college, I started off drawing an all-ages web-comic called Lunar Boy. I loved the vibe it a lot but it wasn’t a pitch many publishers were on board with. Super Pro K.O.! is a teen book though quite a few kids read it. Laughs. I really wanted to get back in touch with my roots with this comic. The All-ages genre is a very comfortable category for me to work within.

FS: You have a very distinctive style and approach to storytelling. What’s your process like when you sit down to start translating your script into your art?

JW: It’s a pretty organic process. I usually have to sit in silence while I script or thumbnail. I draw thumbnail after thumbnail until I feel absolutely satisfied. From there, I’ll begin loosely penciling a page. I do a lot of the heavy work in the inking phase of the process. And I love the inking phase most because I can play music or stream videos while I work.

FS: The series very much feels like it shares DNA with some of the cartoons I grew up watching on Saturday mornings. Were there any cartoons that influenced Hyper Force Neo?

JW: That was totally my goal. I even told our logo-designer Keith Wood, that I wanted a Saturday morning cartoon vibe! [laughs] Most of loved Saturday Morning Cartoons because it represented the beginning to the most liberated day of the week that you have as a kid. Laughs. I thought about Teenage Mutant Ninja Turtles, Duck Tales—stories like that. However, I also considered shows like Gigantor, Power Rangers, etc. Even comics like Archie and Sonic crossed my mind because I loved how the tone of those stories was fairly fun. You’ll see some video game influences over the series too. The characters are pretty “customizable” so there’s this aspect of the story that reminds me of an RPG.

FS: As I said, this series is a gaggle of fun, but it sneaks a lot of heart in as well. Did you have a message or messages in mind while creating the book?

JW: Yeah. I definitely want to showcase a world where inclusivity is embraced. The kids in Hyper Force Neo really lean on each other for support. They actually have to in order to defend New Sigma City. Teamwork is key, especially in many of their later battles. It’s a pretty positive world up until the aliens start messing things up.

I also like showing how the kids deal with their shortcomings and pitfalls too. Dean runs late to school early on in issue 1 and another characters jumps in to help him play catch up on what he missed. I love that the characters are all about helping each other in this story.

FS: Z2 Comics has been supporting a multitude of genres in their lineup. Is that made the publisher such a great fit for this series?

JW: Z2 Comics has been awesome! My pitch was a bit obsessive. I included really detailed character profiles and tried to describe the visual style I was going for in writing. I included a few sample pages but many of those have evolved beyond my initial concepts. They’ve been great about ensuring I stay on track with the story and that everything gets where it needs to go. I can get a lost in the city diagrams, visuals, etc. in this comic so it’s cool they help reel me in as needed. [laughs] They’re a lot of fun to produce work for.

FS: What can you tease about what’s coming up in the series?

JW: Well, the story takes place over an entire year of 9th grade. Issue 1 highlights the first day in Issue 1. Each issue kind of tackles an element of being a teen and developing socially while juggling an alien threat. Plus, the Dark Edge alien invasion keeps growing. And things really become kind of wild once the aliens are disguised as fellow students at New Sigma High School. Let’s just say, all of this makes Homecoming a lot more complicated than it needs to be. And by the end of the first arc, you’ll really witness how these characters have grown throughout this entire experience of being a member of Hyper Force Neo. It’s a wild ride! Feel free to follow my art-related developments on my Instagram/Twitter: @JarrettWilliams or Facebook:https://www.facebook.com/thejarrettwilliams

Hyper Force Neo #1, created by Jarrett Williams, is on sale this Wednesday from Z2 Comics. Be sure to head to check it out over at comiXology!