The first iteration of The Crow hit the silver screen just as the 1994 summer movie season was getting underway. Based on the beloved comic book series created by James O’Barr, the film hit a certain sweet spot with movie fans: its aesthetic of an alchemy of goth/punk/grunge, a soundtrack that couldn’t have married better to the film, and a hero who was moody as Hell and draped all in black. Attempts at replicating the success of the first go, from sequels to TV series, however, have been a calamity of diminishing returns. 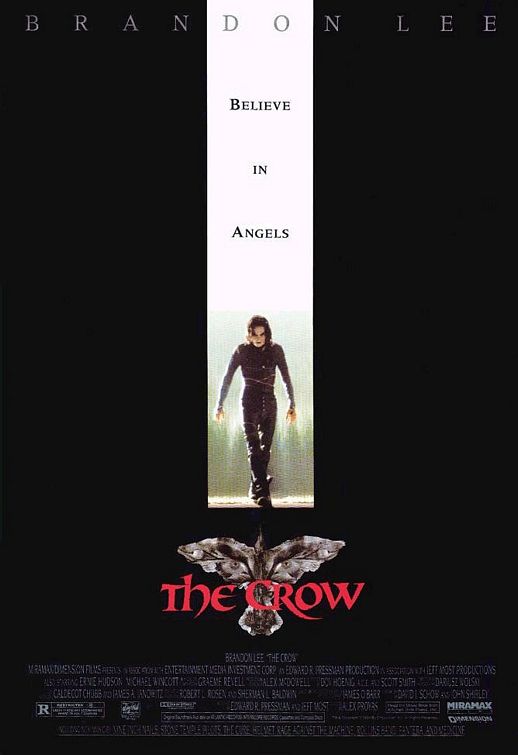 Enter Jason Momoa, the tall fellow who portrayed Khal Drogo in HBO’s Game of Thrones series and Conan in the Conan the Barbarian remake, and who will soon hook up with moody Superman and moodier Batman in the Justice League live-action film as moody Aquaman. According to Mashable, the actor is in talks to portray The Crow in a future reboot where he can put his glowering gaze to good use. Which is all well and good, I suppose. Maybe all of the false starts to capitalize on the success of the 1994 feature were building to this Golden Age of comic book films, to a period when the character and his tale could have a fresh start. However, The Crow and the idea of the hero seem both to be very much of their time, so there’s a part of me that really questions whether a reboot should even be attempted. Still, other filmmakers have done a bang-up job at adapting seemingly anachronistic heroes for the silver screen, so it’s possible I’m wrong in my worry-warting.