The X-Woman Jean Grey was murdered at the hands of someone posing as Magneto during writer Grant Morrison’s run of New X-Men in the early 2000s. While she’s made a few appearances here and there since in Phoenix-centric miniseries, Jean has been off the radar, remaining dead and out of the X-Men’s lives. A young, time-displaced Jean, brought to the future with the other original four X-kids by Beast a few years back in a misguided attempt to shake Cyclops to his senses, has been milling about the Marvel universe, both in X-Men Blue and in her own solo series. 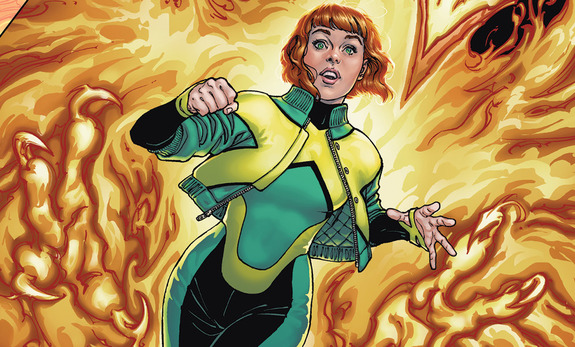 However, Marvel announced recently that the Jean who died will, just as the Phoenix myth goes, be reborn in Phoenix Resurrection: The Return of Jean Grey this December. Following that miniseries, the House of Ideas has given us a hint as to what an alive-and-well Jean will be up to after she returns to the land of the living. In February 2018, writer Tom Taylor (All-New Wolverine, Injustice 2) and Mahmud Asrar (Wolverine and the X-Men) will helm X-Men Red, joining the other color-themed X-titles Blue and Gold. In Red, Jean will assemble her own X-crew, taking the lead… to what, we don’t know quite yet. 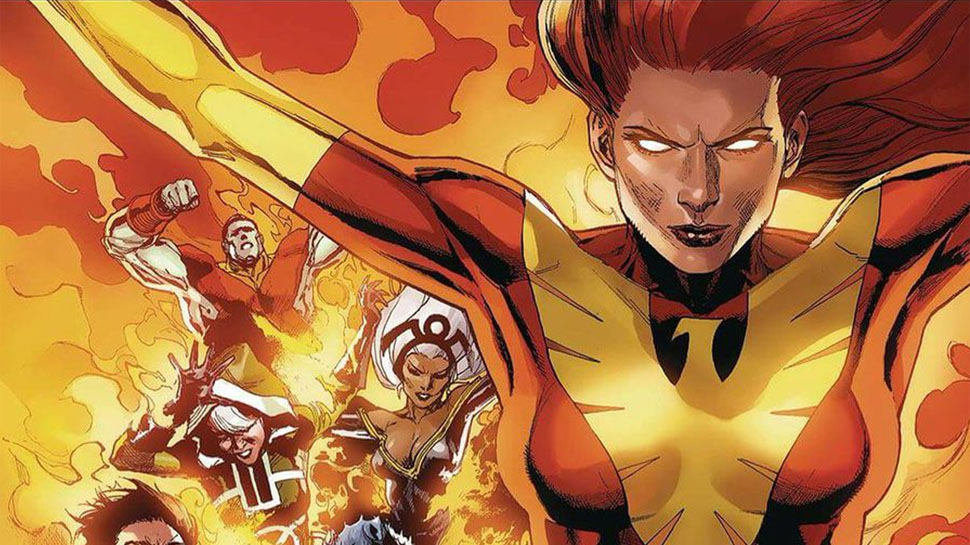 Excited? Apprehensive? It’ll be interesting to see how this is handled, but Taylor and Matthew Rosenberg, who will be handling writing chores on Phoenix Resurrection, have a track record of tight storytelling, so there’s reason to hope.

Jean Grey in her new costume in X-MEN RED.

Check out the YouTube video Marvel released, featuring a Jean Grey retrospective and the announcement for her new series: