Jim Caviezel. Willem Dafoe. Ewan McGregor. Max von Sydow. The pedigree of actors who’ve portrayed Jesus of Nazareth on screen is an impressive one, with several more thespians who’ve tackled the biblical task. (Looking at you, Batman–er, Christian Bale.) Add to that list Jeremy Davies, whose credits include such films as Twister, Solaris, and Rescue Dawn, but who you may know better as Dr. Daniel Faraday from ABC’s critically-acclaimed, excellent-if-frustrating series Lost. According to Entertainment Weekly, Davies will pop up as the Son of God in Starz’s TV series American Gods, based on Neil Gaiman’s novel of deities waging war with one another. 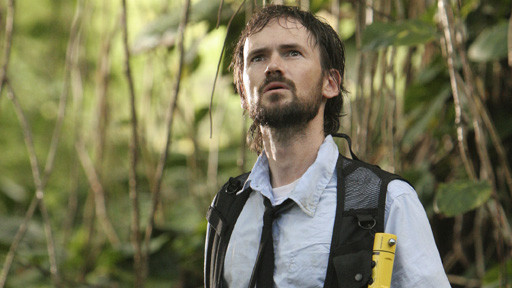 For those who might not be familiar with the story, the premise of the book and the TV series sees Wednesday–Odin of Norse lore–assembling elder gods from a variety of religious traditions to do war with newer deities–representing concepts of greed, money, and celebrity–who threaten to supplant them. Jesus is one of those such deities whose fate is tied in with Kristin Chenoweth’s Easter/Ostara, whose feast day Jesus also marks as his resurrection. However, things might not be as chummy between the two as Jesus might think. According to EW:

Jesus has always been generous in sharing the Easter holiday with the ancient goddess. But the overly empathetic Son of God would be crushed to know that Ostara harbors some deeply buried resentment over the issue.

American Gods will premiere on the Starz network in 2017.

In the meantime, check out this teaser for the series: