For months, with the exception of a few publicity pics from Entertainment Weekly, casting announcements, and some recent on-set photos, we haven’t really seen Marvel Studios conjure up much in the way of news for this November’s Doctor Strange, starring Benedict Cumberbatch as the eponymous Master of the Mystic Arts. While Cumberbatch can clearly rock a red cloak and magical artifacts like nobody’s business, how will he do when he has to contort his fingers when play-acting at casting spells or make his tongue do gymnastics when reciting incantations like “the crimson bands of Cyttorak” three times fast?

Thanks to the first trailer for the film that just dropped on ABC’s Jimmy Kimmel Live!, we now have an idea what kind of and how much magical filmmaking dust has blessed lovers of All Things Strange. Take a gander at the footage below for your first taste of Doctor Strange!

For the uninitiated who might not know much about one of Marvel’s less high-profile characters, the nearly two-minute teaser gives a pretty decent overview of who Doctor Strange is in the way of images and a voiceover by Tilda Swinton’s Ancient One: We see the car wreck that robbed Dr. Strange of his skilled surgical hands, his travels to the far east in order to repair the damage, and the Ancient One offering a skeptical Strange a choice to learn mystical talents that will help him save far more lives than he ever did as a surgeon. Some glimpses of actors Rachel McAdams and Chiwetel Ejiofor are thrown in for good measure.

As this is Marvel’s first film deeply ensconced in the magical realm of their comic book universe—even moreso than the Thor movies—director Scott Derrickson seems to be using his special effects budget to its utmost, giving viewers a chance to see everything from a Strange learning how to project his astral self to buildings moving and warping reminiscent of scenes from Inception. November can’t get here soon enough.

Oh, and in case you missed it, Marvel dropped the first movie poster for the film earlier today, featuring the Good Doctor in his Sanctum Sanctorum: 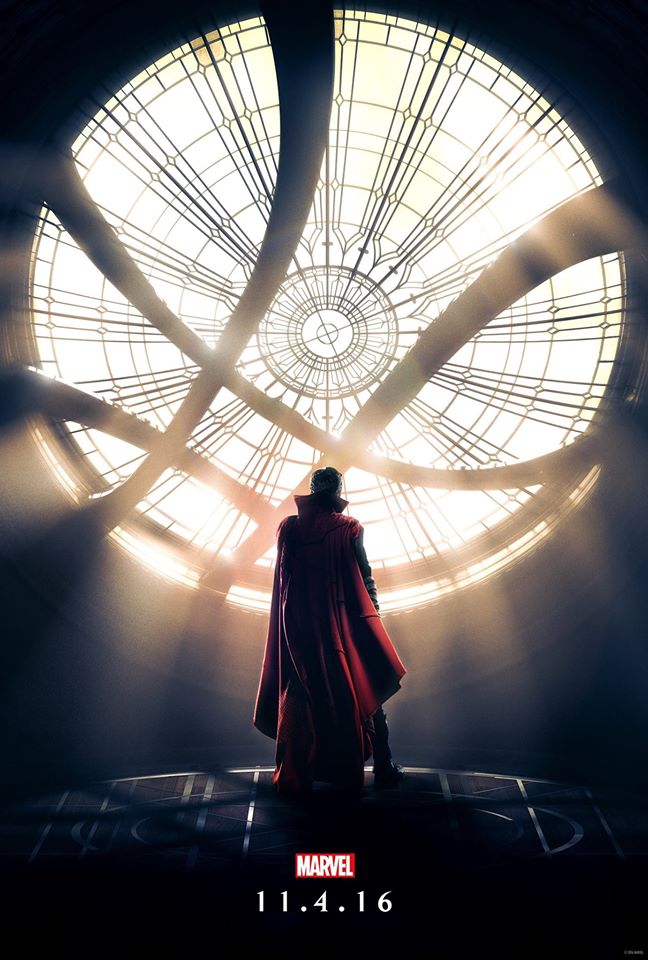