It’s difficult to watch Joe Pera Talks with You and not to be drawn in to his earnestness. Much has been made about the calmness and gentleness of star Joe Pera’s manner—both in real life and the character Joe Pera—but what’s just as important to the success and draw of the show to his fans is how earnest and passionate (be it a measured passion) about his subject matters. Whether he talks about making a chair or a second fridge, he takes the seemingly mundane and makes it shine.

That shine is made more luminous by the stories and sentiments he attaches to chair-building or flying in a plane, stories that are relatable to real human experience. That calmness and earnestness carries over into the third season of Joe Pera Talks with You; it’s just as much a part of the series’ DNA as his doomsday prepper girlfriend or his beloved home of Michigan.

We spoke with Mr. Pera at the cusp on the season 3 premiere about what to expect in the new episodes, widening the world of Joe Pera Talks with You, how the pandemic impacted how he approached making the show, and making the series both positive and realistic. 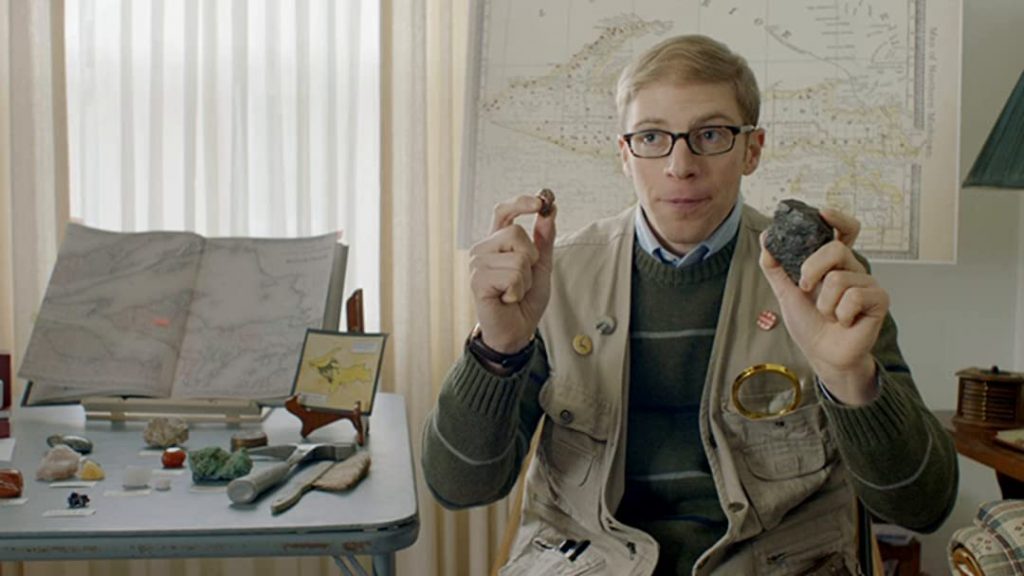 FS: Thank you so much for agreeing to do this interview. I’m a big fan and I really appreciate it.

JP: Of course. Thank you wanting to do it.

FS: What can you tell us about season 3?

JP: Well, it starts with an episode about sitting and goes from there. It’s a winter season, which is something I’ve been wanting to do for a while now. We added a bunch of new characters, which widens the world a little bit. But yeah, we did some cool stuff. I hope it’s a little more than before and catches people off-guard a little bit.

FS: How does it feel to be picked up for a new season?

JP: It’s great. It’s a tough field. My goal is always just to be able to do make the next thing. To know that you and your friends have work again for the next year-and-a-half, especially in this past year when work is harder to come by, is a really nice feeling. 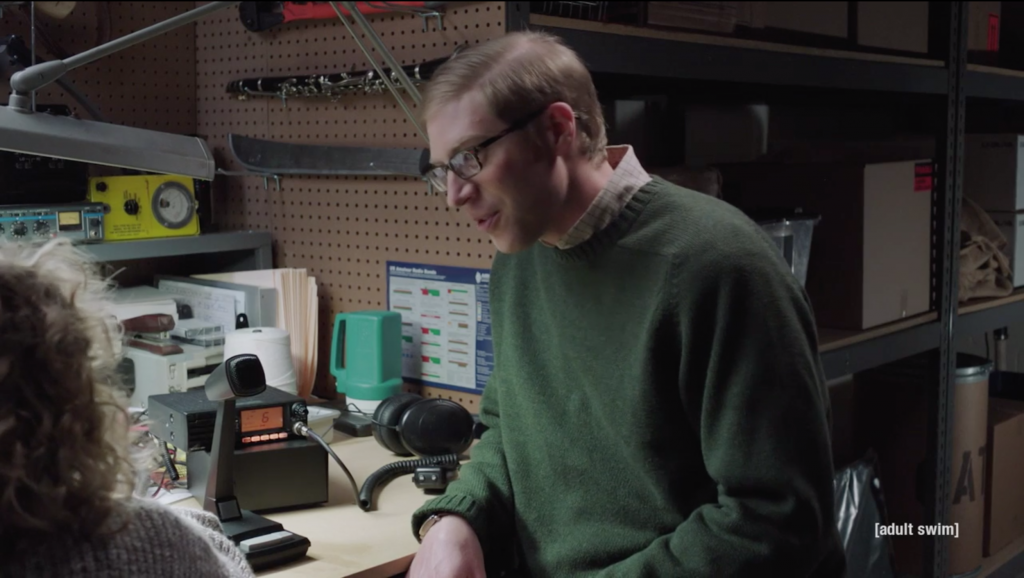 JP: I think that’s great. The show originated with the special about going to sleep. We tried to use comedy to try to help people relax before they go to sleep. And I try to use that same thing with the series. I kind of go by the same thing in the series: If you fall asleep in the middle of the episode, that’s fine. Then I did my job. I hope it’s still grounded and realistic and it’s not positive in a crazy way, but in a way that makes people focus on decent things.

FS: Do you have fans reach out to you to let you know that they look to you for that kind of gentleness?

FS: In that same line of thought, you show that calmness and positivity in a grounded way. Do plan to address COVID or people struggling for work or the vitriol of the election?

JP: [laughs] I think so, but in more subtle ways, don’t ways. I realized when I was editing that we probably went with those feelings more than I realized when I was writing it. The last season ended at the beginning of the school year in 2018. Early on in the pandemic, I realized nobody wanted to be watching something on TV where people were wearing masks. So, we started where we left off in 2018 and continued to move forward from there. I guess when we get to the last year that we’ll deal with it. We wanted to move the show forward with the actual seasons. 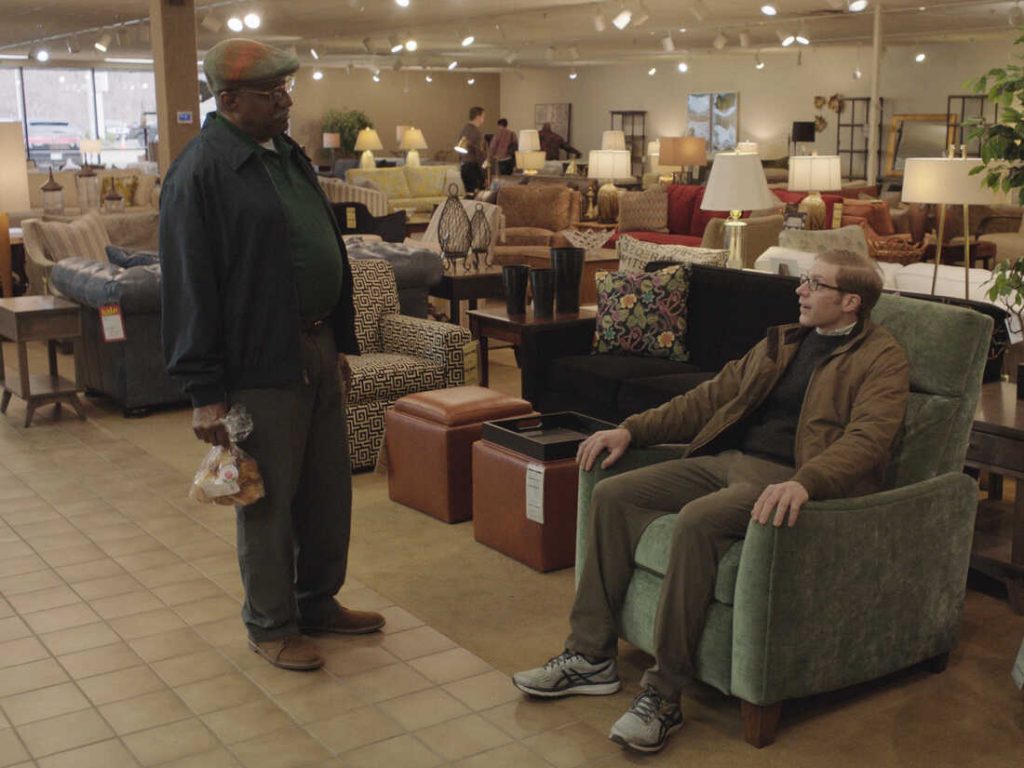 It seems like a stranger thing, but I think it’s something that has passed through a lot of people’s heads. I think it’s we had that kind of character to look into those feelings. It’s not that bizarre to want to have a safe place to go. What causes her to want to go to that degree? And maybe it’s not a bad thing to want to have canned goods saved up in your basement.

FS: You said you wanted to broaden the world of the show. When you are approaching that idea of broadening the show, do you have ideas or parameters where you want to keep the show grounded?

JP: Yeah, we definitely try to base it on real people that we know. One of the fun things is that Conner O’Malley’s brothers and dad play Mike Melsky’s brothers and dad on the show. They’re elevator mechanics by trade in Chicago. We did a scene with them last year that was so funny so we wanted to explore more about the family and what these guys were doing. We wanted to write more scenes with them. It’s nice to broaden the world with the 11 minutes we have.

And sometimes it’s nice to cast somebody we want to know more about and get excited when it comes to life with an actor. Then we decide we want to expand this and their performances and the character’s world. It’s good to see seeds growing outside the show. It’s nice to create characters you can conceive operating outside of episodes. You can only do so much in 11 minutes, so you want to make them feel like they’re characters who are existing outside and doing stuff when they’re not on camera.

FS: I hope this isn’t abusing my time, but two of my friends are some of your biggest fans, so I was wondering if you would mind saying, “Hello, Chris and Patrick.”

FS: Thank you so much! They will be tickled over that.

All three reasons of Joe Pera Talks with You are available to stream now on Netflix.