Joelle Jones is no stranger to the residents of the DC Universe. The artist has lent her pen to such projects as Supergirl: Being Super and Batman ’66, and now she’ll help guide the Dark Knight’s world this October. Jones just tweeted out a first look at art from her upcoming collaboration with writer Tom King in this fall’s Batman #33. 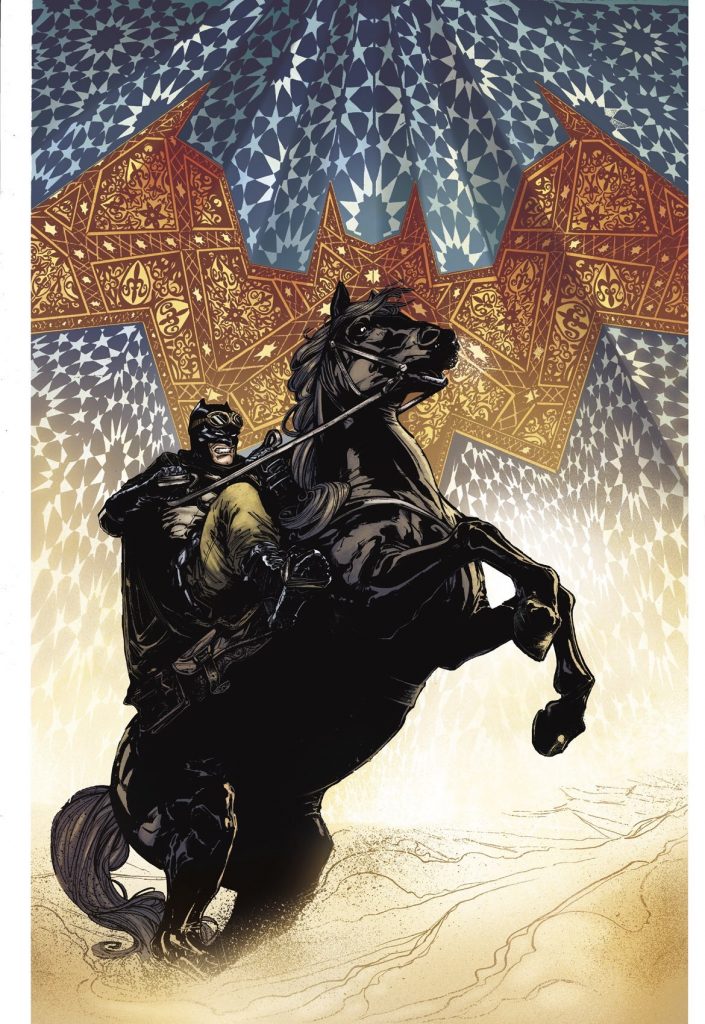 Jones’ linework is always stunning and the detail in this first glimpse of what’s to come in her Batman run looks to indicate that Jones’ work could be some of the best of the modern era. Just look at the seams and shadows in just the clothing, for goodness’ sake. Astounding!

Joelle Jones’ first work in the main Batman title kicks off in October with Batman #33.

BATMAN #33
Written by TOM KING
Art and cover by JOELLE JONES
Variant cover by OLIVIER COIPEL
“A DREAM OF ME” part 1! Following his marriage proposal to Catwoman, Batman leaves Gotham City on a quest of renewal and redemption. As he travels and fights, he encounters members of his family—each disturbed by Batman’s journey, each ready to stand in his way, each ready to push back against Batman’s stubborn determination to evolve into something better than a superhero.
On sale OCTOBER 18 • 32 pg, FC, $2.99 US • RATED T