The comic book vigilante Lobster Johnson has always been a more-than-welcome mainstay of Dark Horse’s Hellboy universe of comics. With stories set in 1930s, writers continue to up the ante to give him more and more outrageous situations to swing into to put the man’s wits to the test.

I spoke with writer John Arcudi recently about his miniseries Lobster Johnson: Metal Monsters of Midtown, issue 2 of which this Wednesday. He discussed the miniseries and why it matters what the readers feel about the characters. Also, we have some gorgeous exclusive preview pages from the issue for your eye-holes to devour! 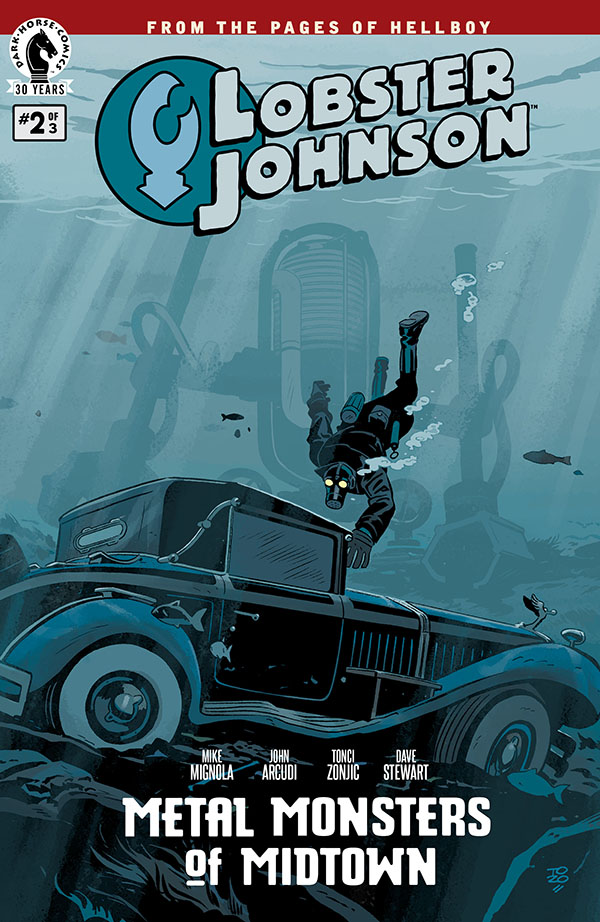 FreakSugar: For folks who are just coming into the miniseries, how would you pitch Lobster Johnson: Metal Monsters of Midtown? 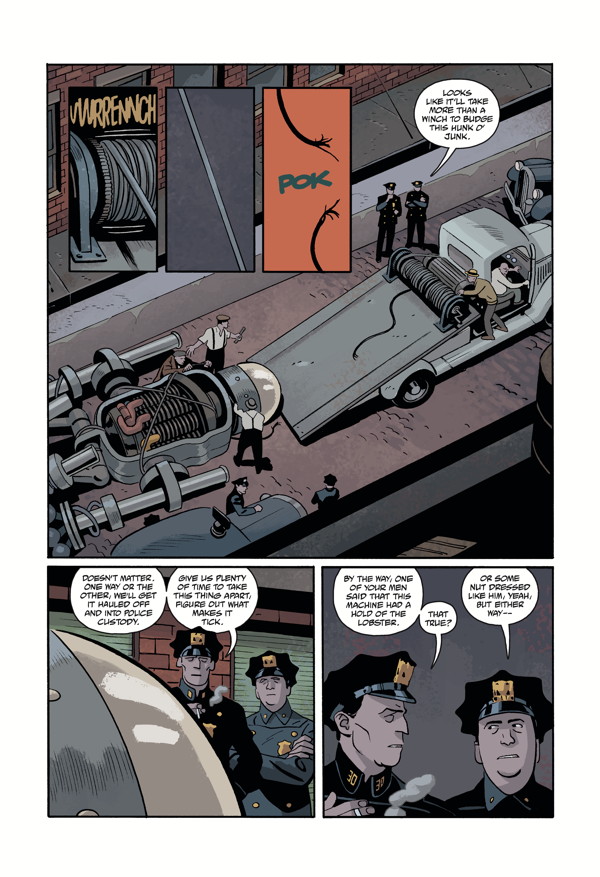 FS: At the start of issue #2, where do we find Lobster Johnson? 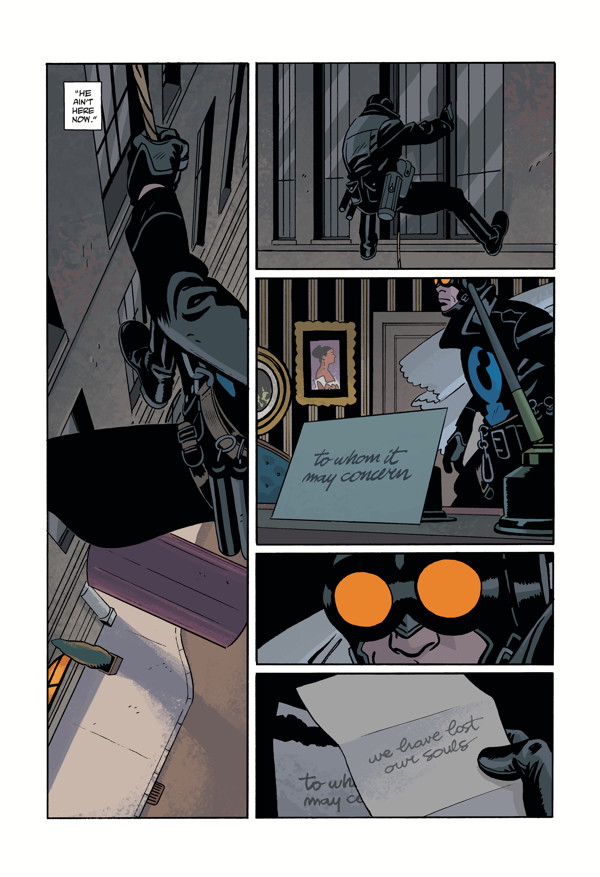 FS: I love the aesthetic that you and artist Tonci Zonjic bring to the miniseries. How did you two decide on the look of the book? It reminds me in large part of some of the old Superman cartoon serials in the best possible way.

JA: That’s all Tonci. We were just smart enough to ask him to do the series. 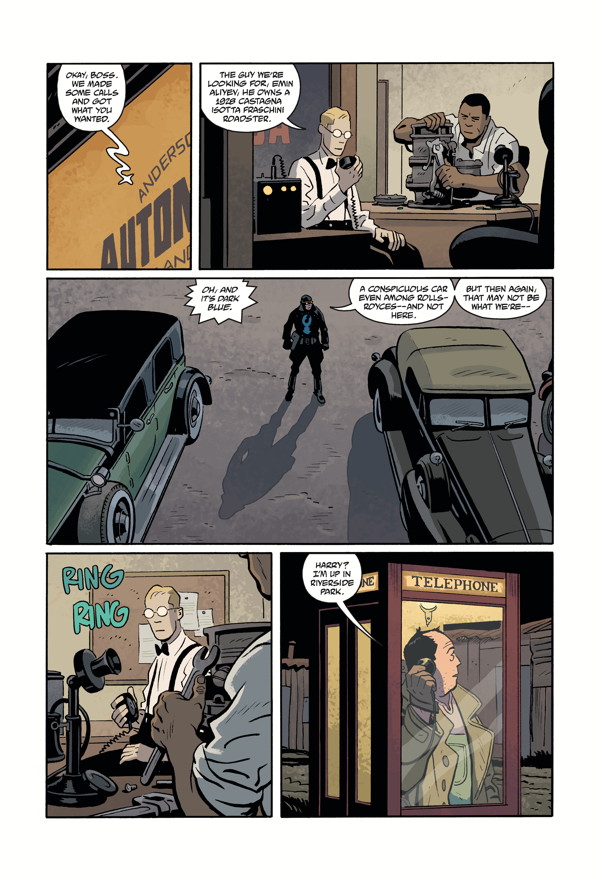 FS: Violence aside, something I’ve always enjoyed about Lobster’s stories is that he’s one of those highly competent vigilantes who goes after his mission full-throttle. Are there aspects of the character you love and others you’re not a fan of?

JA: I’m just trying to tell a good story, and each character serves his/her purpose to get us to the end. What’s far more important is how the readers feel about the characters. 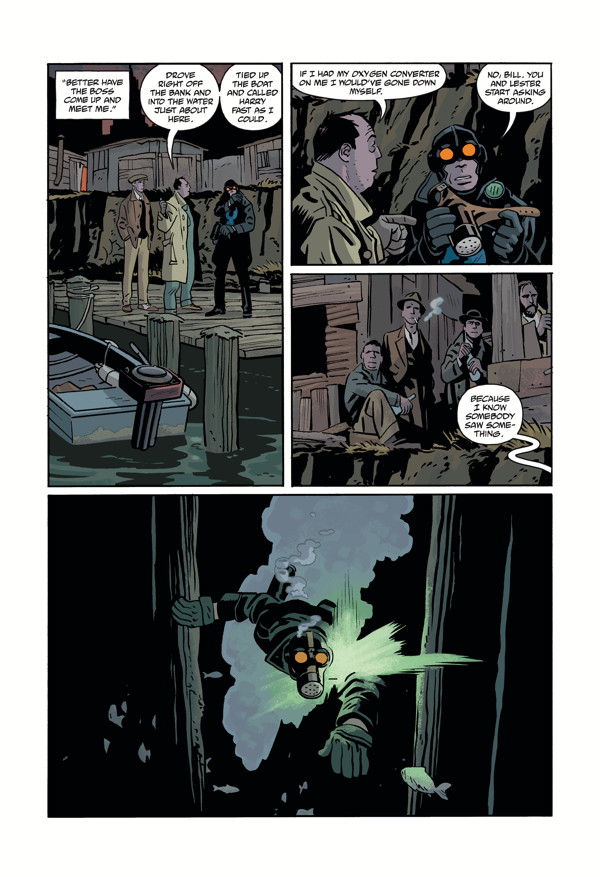 FS: The stories of Lobster Johnson seem to lend themselves to being able to pour in the most bombastic elements you want, while still fitting with the character. Do you think there’s a malleability to Lobster that allows for that?

JA: He’s something of a cipher, and that makes it easy to tell almost any kind of story and then he can react. Of course, it’s more interesting to tell stories involving injustices, but really you can go anywhere with him and yes, that’s fun. 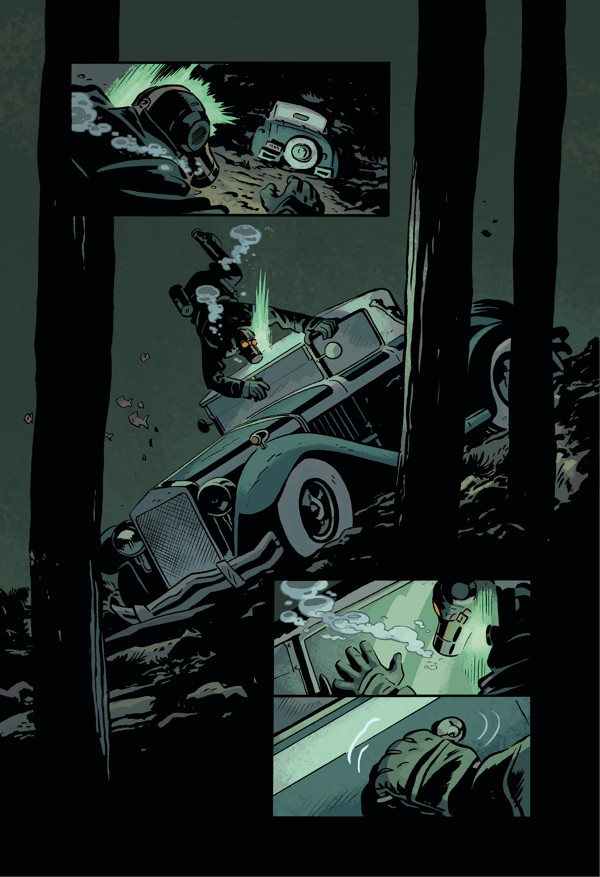 FS: Without giving too much away, what can we expect to see in the miniseries’ conclusion?

JA: A lot of action. 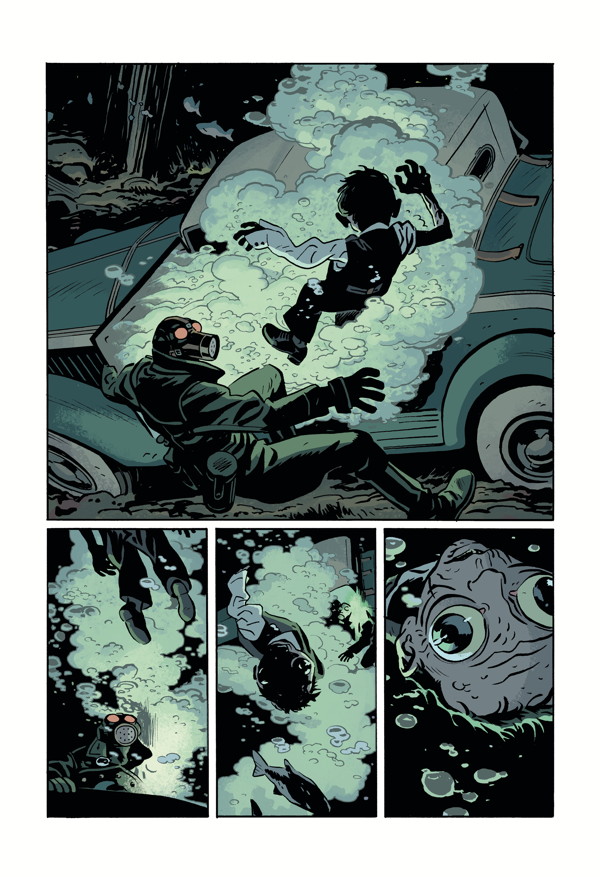 FS: Do you have any plans for the character following Metal Monsters?

JA: Writing the next series as we speak.

The face-off against giant robots continues as Lobster Johnson’s investigation leads him to a woman whose story reveals the ancient origins behind the machines’ gleaming exteriors.