While reviews were mixed on the first season of Fox’s The Orville, creator Seth MacFarlane’s comedic love letter to All Things Star Trek, one person has total faith in the series: Commander Will Riker himself, actor Jonathan Frakes. 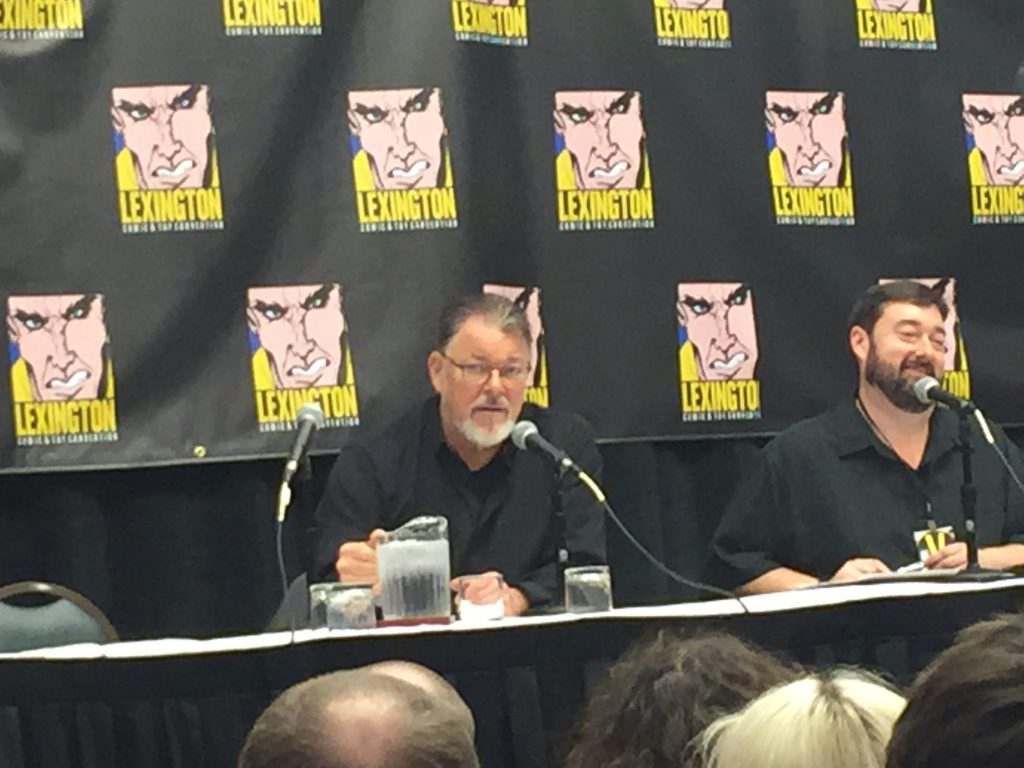 Jonathan Frakes at the Lexington Comic and Toy Con 2018

Speaking to an audience at the Lexington Comic & Toy Con in Lexington, Kentucky earlier this year, Frakes expressed love for MacFarlane and The Orville, citing MacFarlane’s care in bringing on talent for the sci-fi comedy who know what they’re doing.

“Seth MacFarlane, who I adore, is a full-on Trekkie geek,” Frakes said to much applause. “He’s wanted to a captain for years, and he really wants The Orville to look like Star Trek: The Next Generation.”

To that end, Frakes noted the professionals from Next Generation that MacFarlane brought aboard to The Orville.

“[MacFarlane] hired the photographer and camera operator from Star Trek: First Contact,” the Star Trek: The Next Generation film featuring the Borg. “He’s filled the room with Next Generation people so the show would look and feel like what we were doing.”

However, Frakes expressed empathy for MacFarlane, explaining that Next Generation had gone through some of the same skepticism that has befallen The Orville.

“When our show came on the scene, fans thought we wanted to replace Kirk, Spock, and Bones,” Frakes recalled. “The audience was skeptical. ‘Skeptical’ is generous.”

While on the subject of Star Trek, Frakes mentioned that his excited for season two of CBS All Access’ Star Trek: Discovery.

“I’ve read the first script of the second season and the outline of the second script and it is fire,” Frakes said, which sparked a fair amount of cheering in the room.