Pop culture is ripe with coming-of-age tales, but few in recent years have been as compelling, novel, and heartfelt as the Webtoon series Urban Animal from creators Justin Jordan and John Amor. In Urban Animal, seemingly average kid Joe Gomez learns that he’s a chimera—and, what’s more, he’s the only one who has the power to stop another chimera with godlike power from unleashing havoc upon the world. Quite an information overload for Joe to contend with!

With under- and overtones of tales Buffy the Vampire Slayer and Spider-Man—but with its own unique twists and turns—Urban Animal is a perfect yarn for folks young and old who feel both different and who want to make an impact on the world.

Just today, Jordan and Amor, in conjunction with Rocketship, launched a Kickstarter campaign to bring Urban Animal Season 1 to print form! Mr. Jordan and Mr. Amor were kind enough to speak with me recently about the idea behind Urban Animal, how the pop culture they love impacts their work, what Urban Animal means to them, and all about the Kickstarter for Season 1! 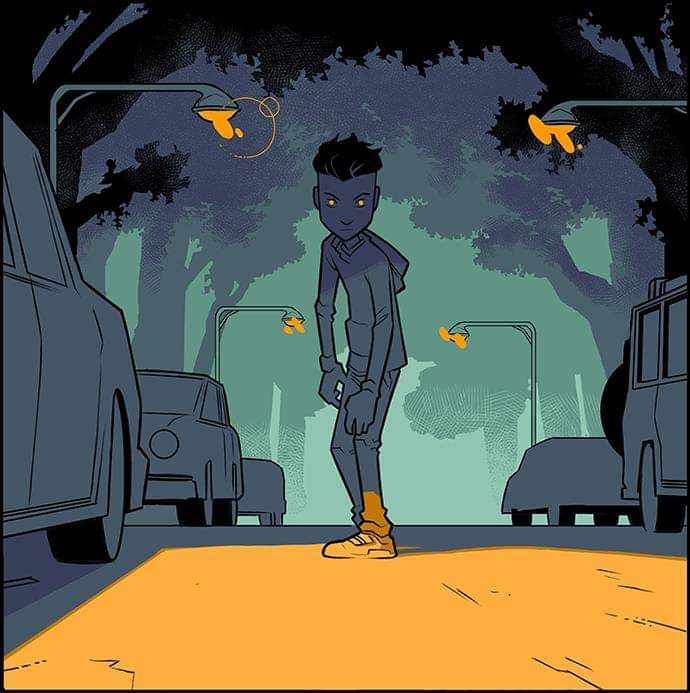 FreakSugar: For folks who are reading this, how would describe the conceit of Urban Animal?

Justin Jordan: Urban Animal is about a kid who finds out he can turn into animals.

Well, that’s the one sentence version. The longer version is that one day formerly average kid Joe Gomez finds out he’s a Chimera – a nature spirit in human form, gifted with the power to mix and match animal shapes in order to defend nature.

John Amor: In learning about his powers and the weirdness of Nature in general, our main character finds out there are others like him, and not all of them are very nice. And these animal beings have been around for hundreds… possibly thousands of years.

Which, you know, would be a lot to drop on a kid, but then he finds out that he is the only one who can defeat the near godlike renegade Chimera Ralabast, and he doesn’t have long to figure out how.

It’s essentially my love letter to Buffy the Vampire Slayerand Spider-Man, but we try to really twist expectations. Everything I said in that description is true, from a certain point of view, but hopefully they don’t play out the way people expect.

FS: The cast you’ve created is so varied and expansive. Can you tell us about the characters we meet in Urban Animal?

JJ: Our main character is Joe, a Filipino kid, smart, kind, on the smol side but okay with it, and life is going pretty good for him. His parents are reasonably cool, by parents standards, and he’s lead guitar in Baby Heist, who he’s pretty definitely maybe sure is the best band at their high school.

Plus, he’s pretty sure the new girl at school digs him. And then he turns into a sabretooth tiger.…

JA: Then there’s Corkindale, an older and more experienced Chimera who can turn into a swarm of rats. He introduces Joe to the wacky world of animal people, but is not the best at being his Obi-Wan figure since he’s really sketchy most of the time.

JJ: Joe is backed up by Baby Heist, who are his band and his best friends. There’s the stoic Fletcher, Joe’s oldest buddy Sean, the fierce and funny Charlotte, and Paolo who is, uh….present.

He’s also got maybe something starting to go with Phoebe, who is new to their high school and has secrets of her own.

JA: But it’s not all friends — there’s a gang of bullies adding to the fun. A creepy animal spirit is stalking the school grounds, and the threat of the big bad renegade chimera looms closer and closer to Joe’s friends and family. 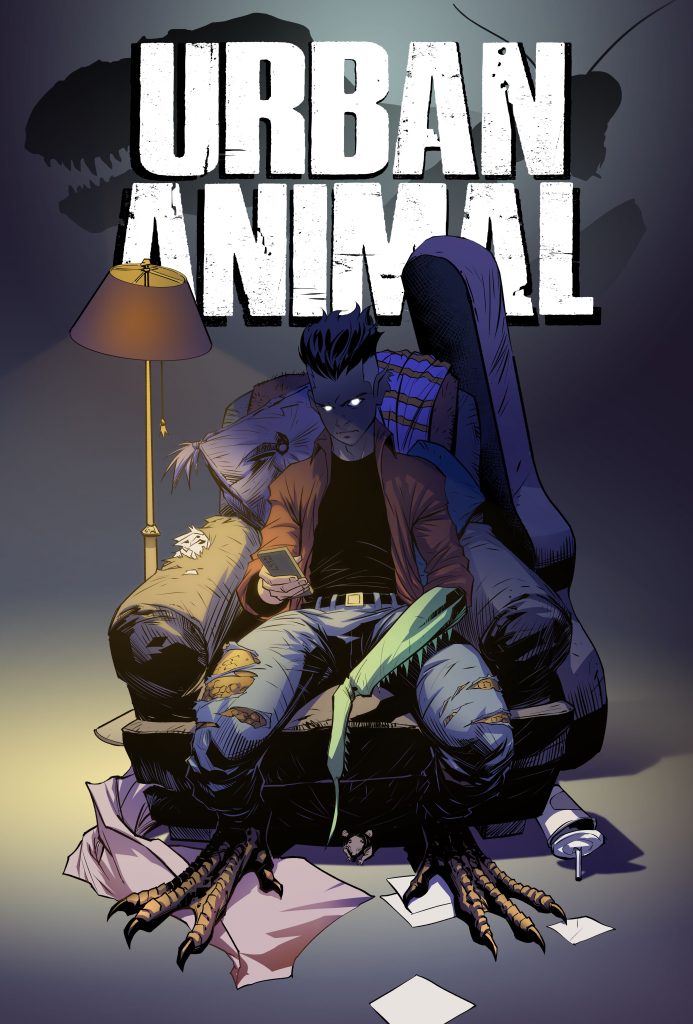 FS: What would you describe as the inspiration for Urban Animal?

JJ: Well, I’m the right age to have had Buffy the Vampire Slayer hit when I was just coming out of high school, so there’s a lot of Buffy baked into the DNA of the series. But there’s also some Spider-Man, and honestly, things like Dragonball Z and My Hero Academia are in there to. I wanted to do something fun, with heart, where there was a really immersive world and mythology behind it.

JA: We also drew inspiration from Ben 10 and Animal Man and Swamp Thing.  Conceptually, I’ve always thought the magic systems behind things like shapeshifters have been largely unexplored in popular media, so I thought it would be really fun to play around in that sandbox.

FS: You seem to throw your whole heart into the series. What does Urban Animal mean to you?

JJ: It’s probably one of the richest and emotionally resonant series that I’ve done, where I can really dig into both the relationships and the after effects of all this craziness going on. It’s one of my very favorite projects to work on.

JA: It’s certainly the highest profile gig I’ve ever undertaken, so it means eyeballs, for one thing. But more importantly I really enjoy the freedom of running a creator-owned series that allows me to craft monsters to my heart’s content and make them fight.

FS: On to the Kickstarter itself, what can you tell us about the campaign?

JJ: The Kickstarter is bring season one to print. Which is a big undertaking, since that’s somewhere over two hundred pages. This is also my first real step into crowdfunding a project. While we’ve team with Rocketship for fulfillment, John and I are heavily involved all the way through. So it’s new territory for me, and I hope fans of both the series and me generally will dig what we’re doing.

FS: What kind of rewards are you offering backers?

JJ: There’s the book, at the most basic level, in either hardcover or softcover. But we’ll have prints, appearances in the comic (one benefit of it still being an ongoing thing – season three is going up weekly right now) prints, trading cards and cool goodies. And if we start hitting stretch goals, we’ll have some super cool stuff.

I couldn’t possibly say that we’re doing plushies, but rumors do fly….

JA: I can neither confirm nor deny that I have been researching reversible plushies all month.  I am however definitely doing a tryptich featuring the main cast of Urban Animal Season 1. We’re looking into doing commission tiers as well.

FS: If you had a final pitch to get folks to back the Urban Animal Kickstarter, what would it be?

JJ: Urban Animal is fun, funny, and full of heart. If you want something that’s a good time, this is your book. The content is done, so there’s no risk of is disappearing, and the series has a pretty good fanbase, so we are apparently doing something right. If you don’t like reading digitally, or just want print, now’s your chance.

The Kickstarter for Urban Animal Season 1 is now live! Click here to learn all about the campaign and the fantabulous rewards that are available to backers!