Witches and magic have long been used as metaphors for societal issues, particularly discrimination based on everything from race to sexuality to religion. The use and execution of that metaphor in literature has rarely been so nimbly and engrossingly employed as in the comic book series I Am Hexed. In I Am Hexed, we enter a world in which witches have been part of America since the country’s inception, and we watch as their existence shapes politics and everyday life in a magical U.S.A.

The team behind I Am Hexed Volume 1 recently partnered with Rocketship Entertainment to bring a collected edition of the comic book series to print through a Kickstarter campaign. I spoke writer Kirsten Thompson about the conceit of I Am Hexed, witches as metaphor, and the inspiration behind the tale.

FreakSugar: Before we get into the Kickstarter, what is the concept behind I Am Hexed?

Kirsten Thompson: Witches have been a part of Washington D.C. since it was founded. The story centers on Charlie Helm, who is a junior staffer for a politician and who uses her magic, as do other witches, to steer things in politics, within certain guidelines as stipulated by the governing body of witches. Charlie gets caught up in a magical conspiracy and has to clear her name with the help of her ex-girlfriend Jaya and her friend, Florence.

FS: The series is so rich and robust with its world and characters. What inspired you to tell the story of I Am Hexed?

KT: I Am Hexed was inspired by a lot of things, including wanting to tell more stories with queer characters front and center, as well as current events. In particular, I enjoy exploring the premise of adding magic, and witches as active participants in the course of history, which yields all sorts of interesting stories, and makes them less myth, and more ‘the witch next door’ for many of them. Other witches have grander designs, and some of that is explored in this volume of the series.

FS: Following up on that, what can witches as a metaphor tell us about society?

KT: Witches are viewed by some as outsiders, but have, like many other groups considered to be ‘unusual’, always been part of society. Their challenges can be seen in the world today while their solutions may rely on spellwork and broomsticks, they have a lot of overlap with other fights for recognition and human rights. 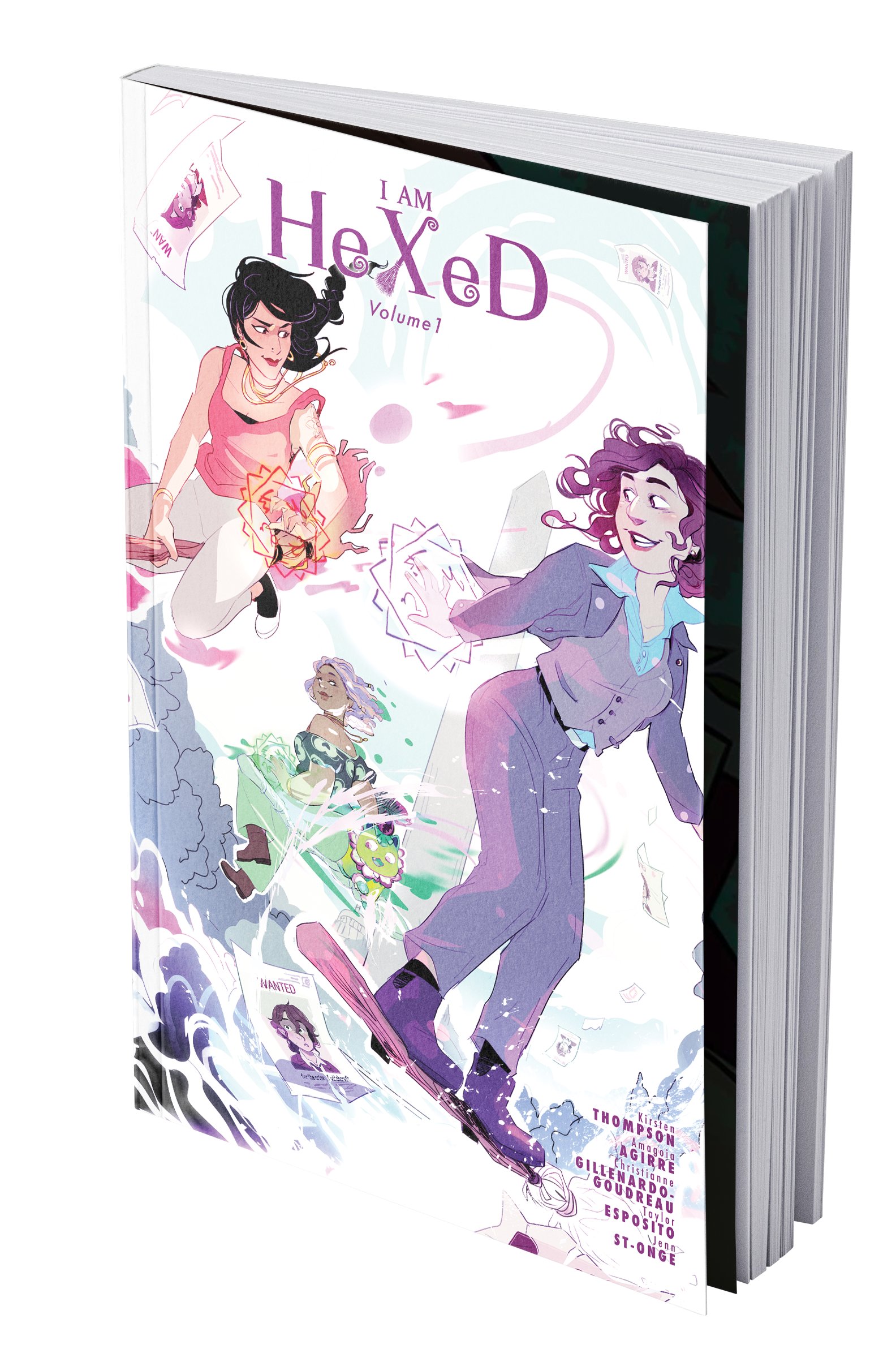 FS: The series has a fantastically talented team. What is your collaboration on the book like?

KT: The team on I Am Hexed is incredible and the collaborative process has been such a great experience. Things like preliminary concepts get discussed and emailed back and forth and then the sketches, colors or designs are further refined as we figure out what fits the story or characters best. It’s so much fun to see how an idea grows and winds up a colorful finished page along the way.

FS: Rocketship has been helping make many comic stories available to the public in ways they wouldn’t be otherwise. What made you want to work with the publisher?

KT: I think everyone who creates stories wants them to reach as many people as possible and Rocketship is making that possible.

FS: Do you have future tales of I Am Hexed in the pipeline?

As of press time, the Kickstarter for I Am Hexed has more than tripled its initial goal with 13 days left to go. Check out the campaign to learn all about the book and all the phenomenal backer rewards available!