In just over a month, Disney and LucasFilm will drop Solo: A Star Wars Story, focusing on how a young Han Solo became the roguish smuggler we meet in Star Wars: A New Hope. As such, it’s little wonder that we keep getting morsels of the film to feed our eye-holes to sate our appetite before the big premiere. Today, our Han hors d’oeuvre comes in the form of a primary color-poppin’ new one-sheet poster released in the UK. 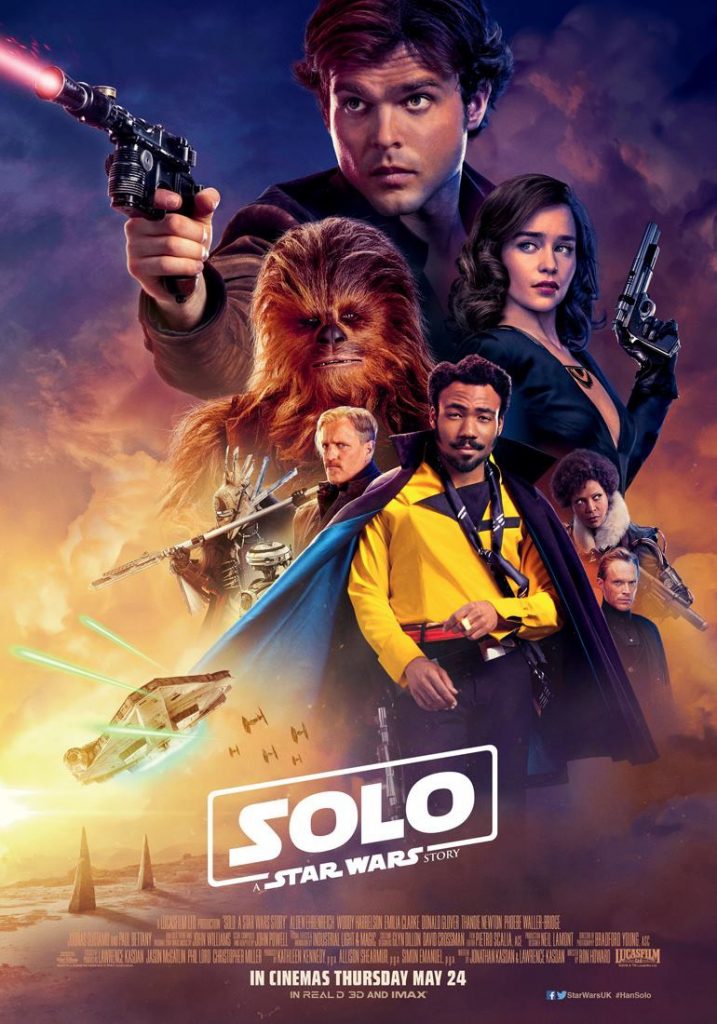 While Han’s head and blaster looming in the background clearly represent him as the star, come on: Look at Donald Glover as young Lando staring at the camera, giving you that sexy stare. The movie may be called Solo, but this particular poster might as well be dubbed “Lando and a Bunch of Other People.” The yellow and blue of Lando’s outfit grab the eyes and the clouds are evocative of both the Millennium Falcon and the emphasis on flying that the trailers indicate (as well as a wink to Lando’s later ownership of Cloud City).

From the official film synopsis:

Board the Millennium Falcon and journey to a galaxy far, far away in “Solo: A Star Wars Story,” an all-new adventure with the most beloved scoundrel in the galaxy. Through a series of daring escapades deep within a dark and dangerous criminal underworld, Han Solo befriends his mighty future copilot Chewbacca and meets the notorious gambler Lando Calrissian, in a journey that will set the course of one of the Star Wars saga’s most unlikely heroes.