Creator Lee Bermejo doesn’t shy away from tackling social issues in his writing. From his work in DC Comics’ We Are Robin series to the future tale he wove in the first Suiciders miniseries for Vertigo Comics, Bermejo has a knack for making readers consider the stressors and forces that shape our lives without didactically beating fans over the head. That trend continues in the initial issue of Suiciders: Kings of Hell.A, a continuation of the world he laid out in the inaugural Suiciders run.

Mr. Bermejo spoke with me recently about how Kings of Hell.A fits into the larger Suiciders world, collaborating with artist Alessandro Vitti, and how the gangs in Kings of Hell.A are akin to post 9/11 children.

FreakSugar: First of all, thanks for speaking with us again!

Lee Bermejo: First of all, thanks for the kind words. Always a pleasure to get to talk to you.​

​​FS: For folks who might not have read the first Suiciders series, how would you describe the book?

LB: The book is an L.A. noir set along the lines of The Warriors mixed with Rumble Fish and the work of James Ellroy. It deals with members of a teenage gang that grew up in post-earthquake L.A. and how their lives have been shaped by that event as well as a former SUICIDER trying to put the shattered pieces of his life back together. Oh, and there’s a cannibal too….​

​​FS: How will Kings of Hell.A be different than the first series while still sharing that world’s DNA? 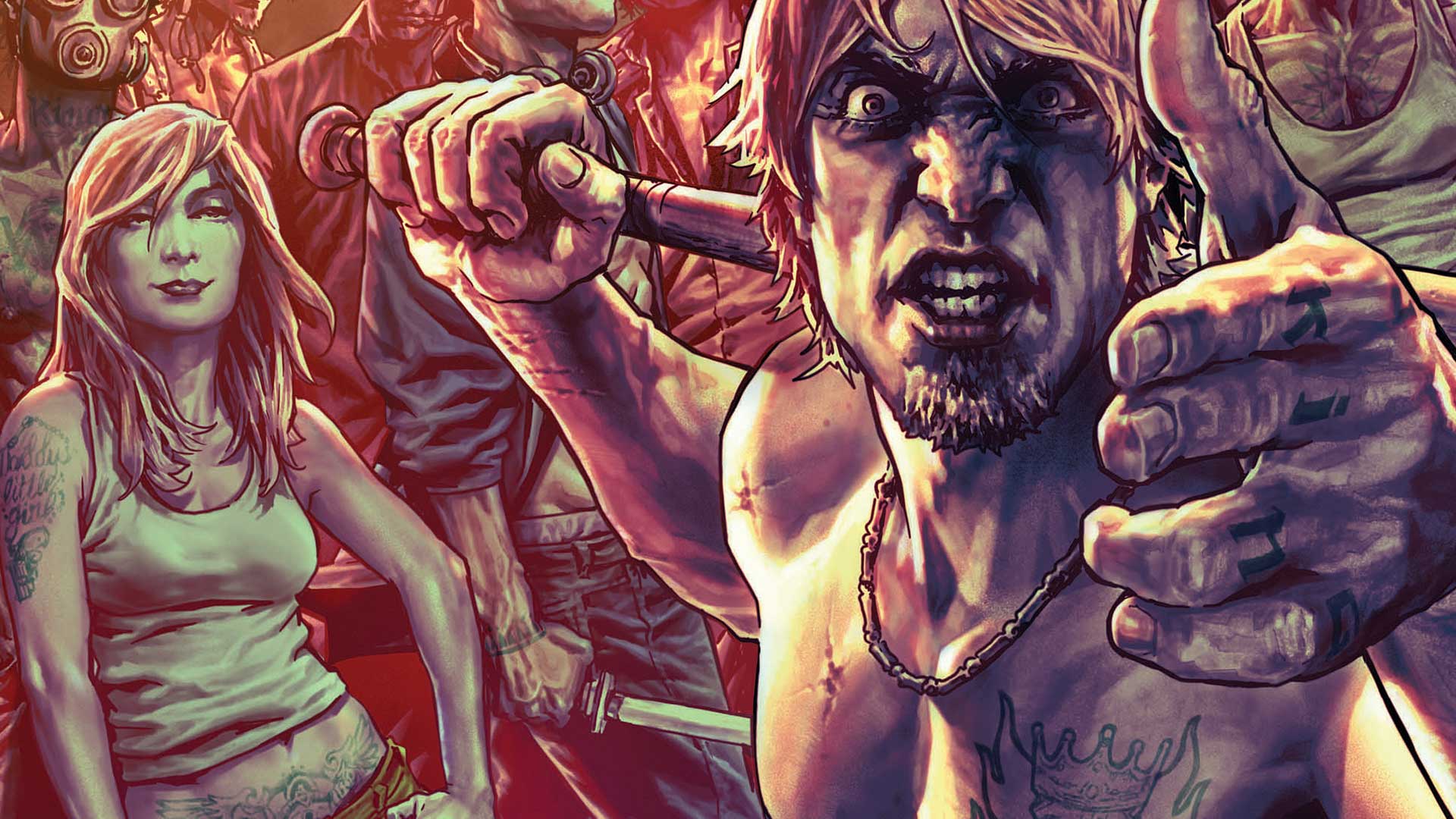 ​FS: What’s the collaboration process been like with Alessandro Vitti? The line work in the first issue is stunning.

LB: Vitti is doing tremendous work!!!! I’ve tried to give him as much freedom as possible so that he can personalize things in his own way. He’s managed to keep the world of L.A. itself very much like mine as well as maintain a level of grit and believability that is important to me. I love what he’s done.​

LB: The gang is a product of the earthquake itself. The first issue didn’t deal as directly with the events of the earthquake. The city and people had moved on… built up more. Here, the scars from the quake are still very fresh, and you have a generation of kids who’ve grown up with nothing after the disaster. They call them ‘quake babies’. They only feel comfortable when things are going crazy around them.

FS: The young characters we meet in Kings of Hell.A don’t remember life before the Great Quake and I couldn’t help but think of real world parallels, like kids who haven’t lived in a time when 9/11 didn’t happen or tales of German children born during World War I and World War II.

FS: What can we expect going forward in Kings of Hell.A?​

LB: I think the way the characters interweave is something that carries over from the first series, although not in the same way. I like ensemble pieces where each character has a part to play for better or for worse. For people who’ve read the first mini, I think the ending we’ll be just as much a surprise and people will really start to understand what it is I’m doing with the Suiciders world. I’m so excited for people to step back in.​

Suiciders: Kings of Hell.A #1, written by Lee Bermejo with Alessandro Vitti on art, is on sale now from DC Comics/Vertigo.

A whole generation has grown up since the Great Quake, and people like Trix and her brother Johnny don’t know what life was like before New Angeles crumbled. Suffice to say, they’ve learned how to make the most of living inside the walled city, and particularly within their ’hood. Johnny is the leader of the Kings of HelL.A., a street gang ready to protect its turf against any and all comers—though Johnny may have taken things too far when he crossed Leonard, a former Suicider known as the Coyote. Things are about to get a whole lot more violent.