While some folks may see bad luck as a curse, Charlene ”Chuck” Manchester sees it as an opportunity. In Bad Luck Chuck—written by Lela Gwenn with Matthew Dow Smith on art, colored by Kelly Fitzpatrick, and lettered by Frank Cvetkovic–coming this March from Dark Horse Comics, Chuck make lemonade out of lemons, selling “disaster on demand” and farming out her bad luck to apply her curse to people who may have need of her “gift”—if the price is right. And while things may be going smoothly for Chuck—relatively speaking—she’s soon in the sights of everyone from a mob boss to a cult leader. Chuck may need help of her own and certainly some of the good luck that’s alluded her all her life.

Ms. Gwenn spoke with me recently about the idea behind Bad Luck Chuck, how Chuck’s curse isn’t the only thing she has to contend with, and what we can expect to see in the series moving forward. 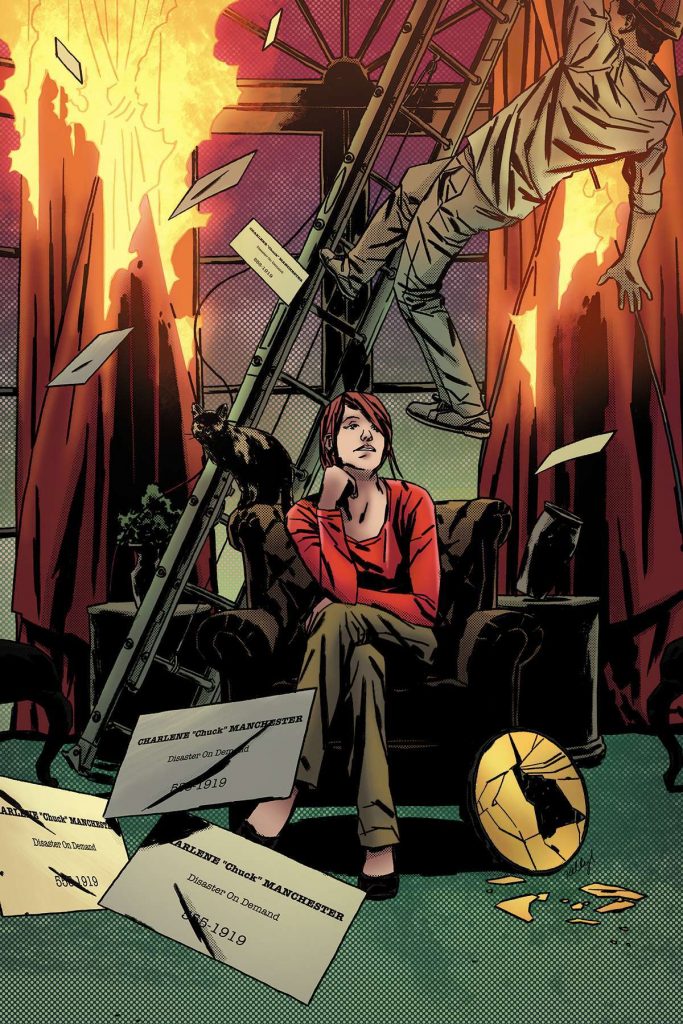 FreakSugar: For folks who are considering picking up the book, what can you tell us about the conceit of Bad Luck Chuck?

She manages to get in way over her head, and soon more than just her curse is trying to kill her.

FS: The idea is quite unique and one we haven’t seen before. How long has the idea been gestating?

LG: This has been a story that I’ve worked on with Matt in different iterations for over two years.

FS: How would you describe Chuck, the book’s protagonist? How did she get into this line of work?

LG: Chuck definitely has all her guards up, and really there is good reason. Literally everything she touches turns to disaster. She has ways to slow down the impending doom, but only a little. So due to that, she doesn’t bring anyone into her circle. This story really pushes her past that comfort zone– which puts her and some other people into peril.

FS: The work between you and Matthew Dow Smith is phenomenal. How would you describe the collaboration between you two?

LG: Matt is such an incredible artist. In several places he’s just been like… Why not do it like THIS? And I can never argue because he always makes such amazing choices. It helps that Matt is an amazing writer in his own right, so we speak the same language.

I also have to shout out Kelly Fitzpatrick and Frank Cvetkovic. Kelly has added so much pop to the art. The pages grab you first with color then your eye focuses on Matt’s art and it all works together so seamlessly. 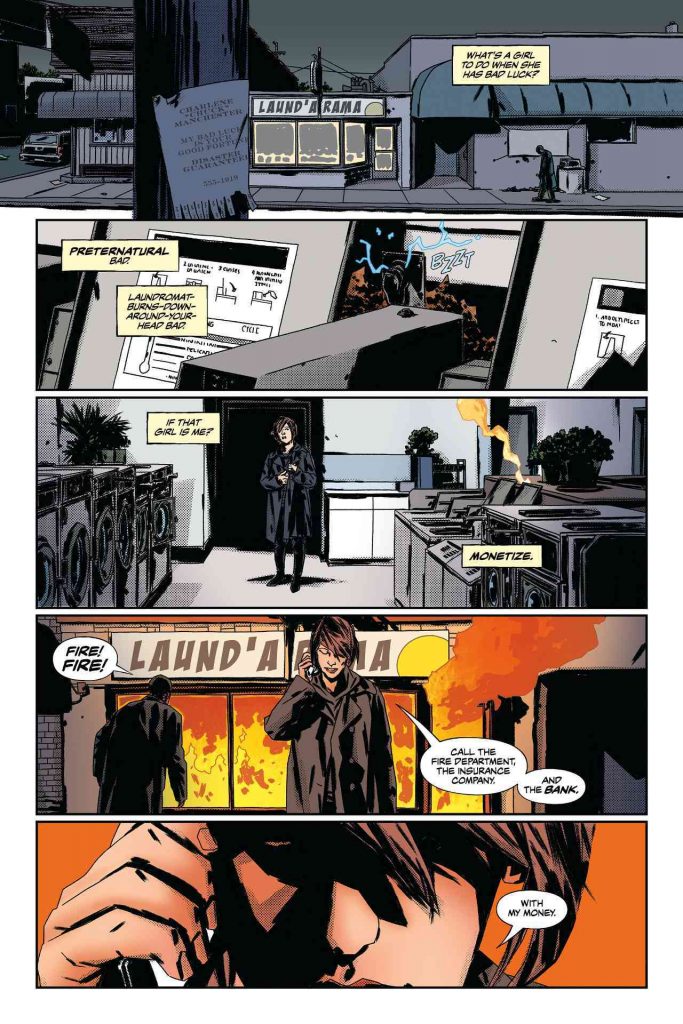 FS: The first issue feels like it has a heavy noir influence and I am here for it. Do you have any particular influences that have impacted your work on this book?

LG: Blacksad is a huge influence. I love me some big strapping cat detective.

FS: It seems like you’re having a blast working with the character and her world. What creative muscles does working on a story like this let you flex?

LG: This story is so much fun for me because there is a balance. There is the drama of being plagued by a curse, pursued by an insurance investigator, stalked by a crime boss, and targeted by a cult leader. There’s the utter ridiculousness of her curse, which at times is like the game Mousetrap in the convoluted way it tries to kill her. Also there gets to be a lot of emotional feels that happen as Chuck gets her shell pried open like a clam.

FS: Is there anything you can tease about what to expect going forward?

She’ll need more than a rabbit’s foot to get through this.

Cursed at birth, Charlene ”Chuck” Manchester hires out her own bad luck, providing disaster where someone else can profit. She can get you that insurance payout fortune–for a price. But bad luck doesn’t always go as planned, and when Chuck gets stuck between a dissatisfied crime boss client, a cult leader, and a dogged insurance-fraud investigator, things get . . . explosive.

Everything that could go wrong does–and only about half of it by accident.