Creator Liam Sharp has been a comic book dynamo for quite some time, putting his indelible mark on books such as Wonder Woman and the recent The Brave and the Bold miniseries for DC Comics. That’s why it’s so heartening and welcome to see him applying his craft to the recently launched series The Green Lantern as artist alongside writer Grant Morrison, focusing on veteran superhero and space cop Hal Jordan returning to the Green Lantern Corps. And to hear Sharp tell it, the collaboration sounds as though it was written in the stars. 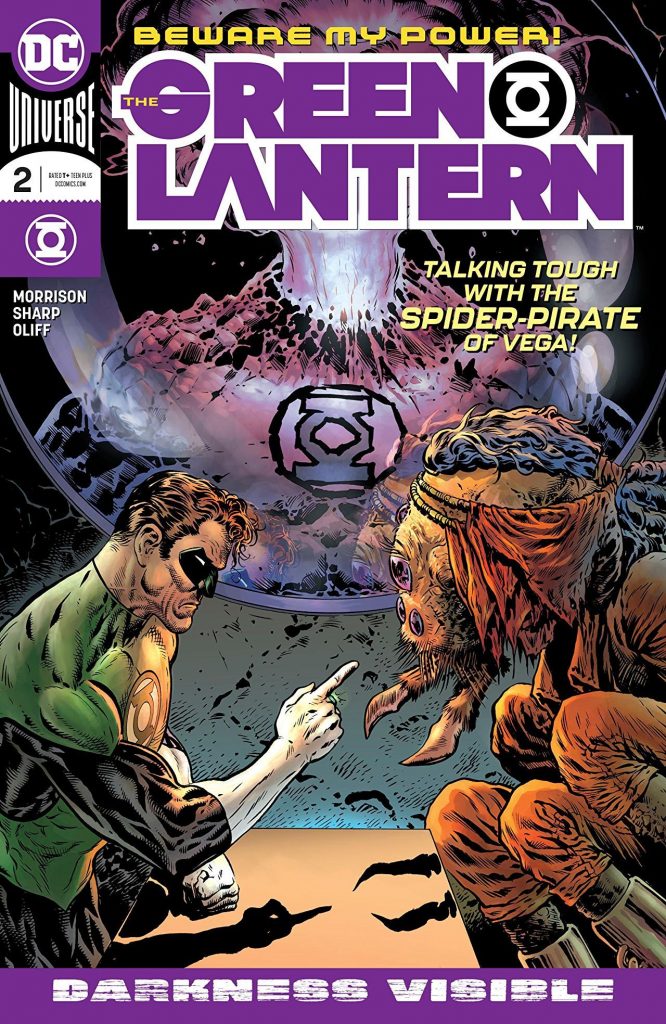 What they would ultimately create is a series that respects, acknowledges, and embraces the past, but also pairs that with a sensibility that seeks out to try the new. And much of that focuses on how Sharp and Morrison approach Hal Jordan. 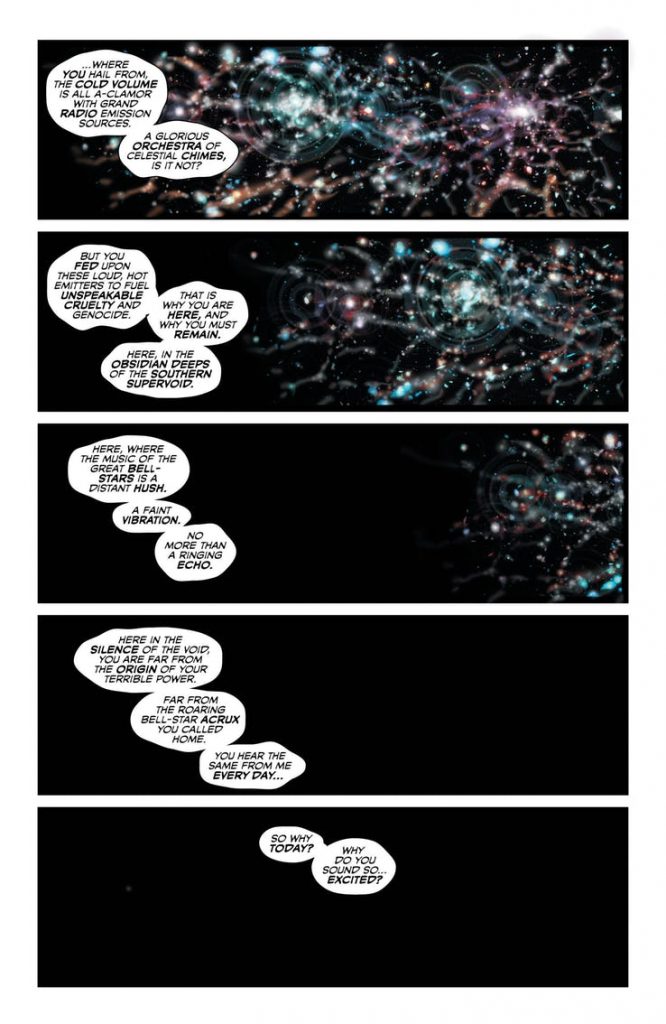 “[So many things] appeal to me working on this book,” Sharp recounts. “Hal is a character, as Grant tells it, who is beyond PTSD. He’s seen so much. He’s seen literal universes live and die. He’s been beyond good and evil. That and all the stuff we’re doing on the book is just plain fun to explore.”

That exploration has a joy, according to Sharp, who says that “Grant injects so much into his scripts that we don’t talk all the time. But when we do, we end up talking for hours. [The collaboration] has been a dream.” 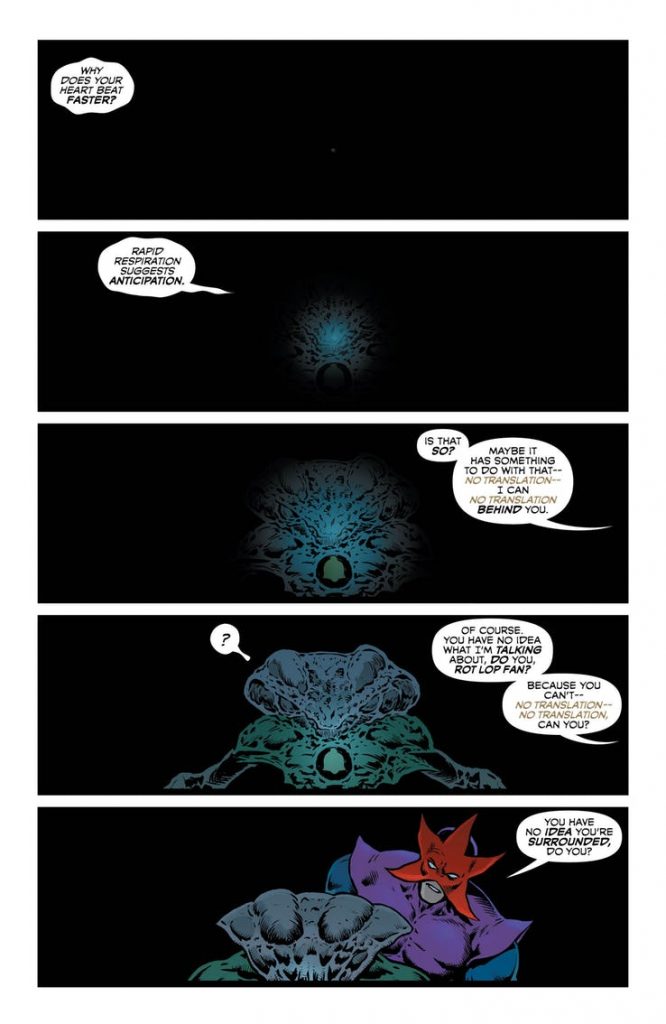 Part of that dream has involved so much of the book, particularly the Green Lantern Corps’ home, the planet of Oa. So much of Sharp’s depiction of the planet is sprawling and feels very lived-in, much like the city planet of Coruscant in the Star Wars prequels.

“I just really wanted to draw a massive planet,” Sharp laughs. “I wanted it to have substance and depth and twinkling lights. I wanted readers to be able to see the training areas and administrative areas and for the planet to be alive.” 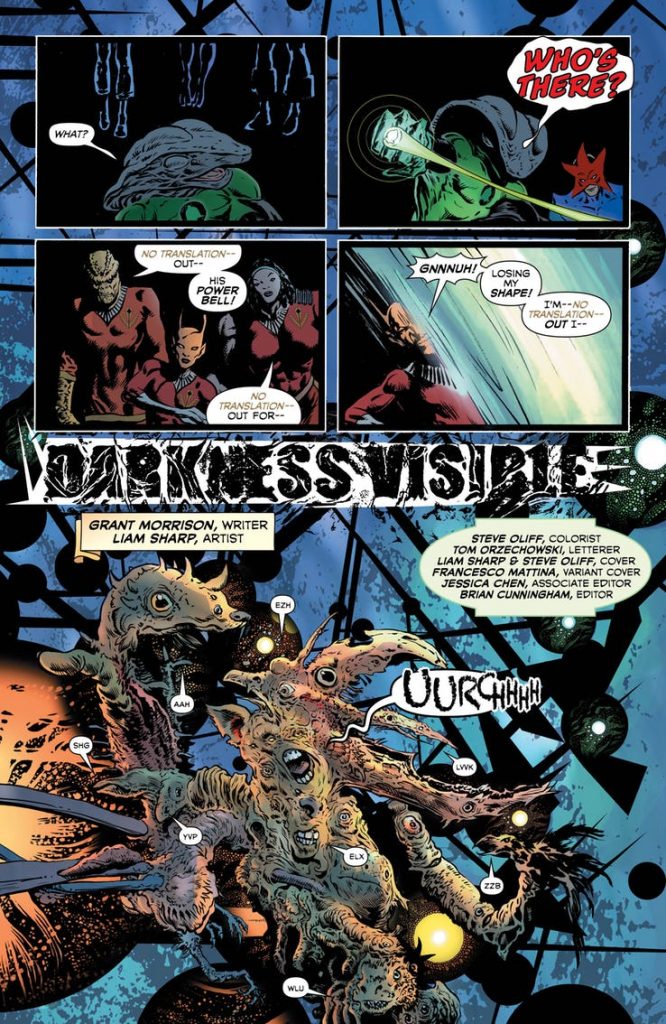 One of the guiding philosophies on how to make Oa be just that came from a former mentor artist who gave Sharp an assignment once to draw a corridor. When giving feedback, he impressed on Sharp that the artist could make the corridor “anything—metal, meat, alive, whatever,” which helped Sharp keep in mind that he could make Oa anything.

That sense of unrestrained fun has carried through to so many parts of the book for Sharp. When asked about his favorite part of working on the series, Sharp says, “So much. Stylistically, it’s been a blast. I’m harkening back to the 1960s, the 1970s, and the 1980s—eras of the Green Lantern comics and creators that made an impact on [Grant and me] as creators. It’s nice to pay homage to the people who influenced us.”

The Green Lantern #2 is on sale now from DC Comics.

Someone is transporting a mysterious cargo out of the Great Void, and it spells trouble for the universe at large! Hal Jordan interrogates a member of the Spider Guild for answers and uses his pheremones as an interrogation tool, but can he extract the info in time?! Meanwhile, Volgar Ro makes a play for Earth while its emerald protector is off-world!