Peter Parker, Marvel‘s the Spectacular Spider-Man, has never had an easy row to hoe in terms of navigating his life of superheroics and his attempts to support himself financially. With so many students graduating high school and college in the next couple of months, and with “The Amazing Spider-Man 2” currently in theaters, I thought it wise to see what job advice we could pull from Spidey’s success (or lack thereof) in both his role as a superhero and as a man trying to get paid. “Does whatever a spider can?” Let’s see if that includes accomplishing his vocational goals!

I’ve heard that showing up is half of what is required for success. I’ve read that showing up is 80% of success. Or 90%. Regardless, it’s clear that people find that showing up (Two of those numbers are sometimes attributed to Thomas Edison or Woody Allen, however, so grain of salt and all that.) is very important. Without someone showing up, the cows don’t get milked, the sausage doesn’t get made, and nobody is around to bring home the bacon. (Mmm. Bacon.) And show up Spider-Man does. Whether it’s a common criminal robbing a laundry mat, the Rhino rampaging through a china shop, or Galactus looking to make Earth his midnight snack, Spidey shows up again and again to lend a helping hand. His superheroics and bravery are never called into question for just that reason. And when he shows up, Spider-Man throws his heart and soul into his work. Consistently. Action is his reward for that consistency.

There is a flipside to that, however. Consistently showing up is difficult and there’s only one of you. Spread yourself too thinly and showing up can become problematic. I know from past experience. There are only so many places you can be at any given time. It’s just physics. For a time, Peter worked as a part-time science teacher at his old high school and, for a time, he excelled at it. He was able to actually put his science educational background to practical use and make science come alive for his students like it came alive for him. However, as his responsibilities as Spider-Man encroached on his life, Peter began calling into work more and more. Or sometimes not at all. 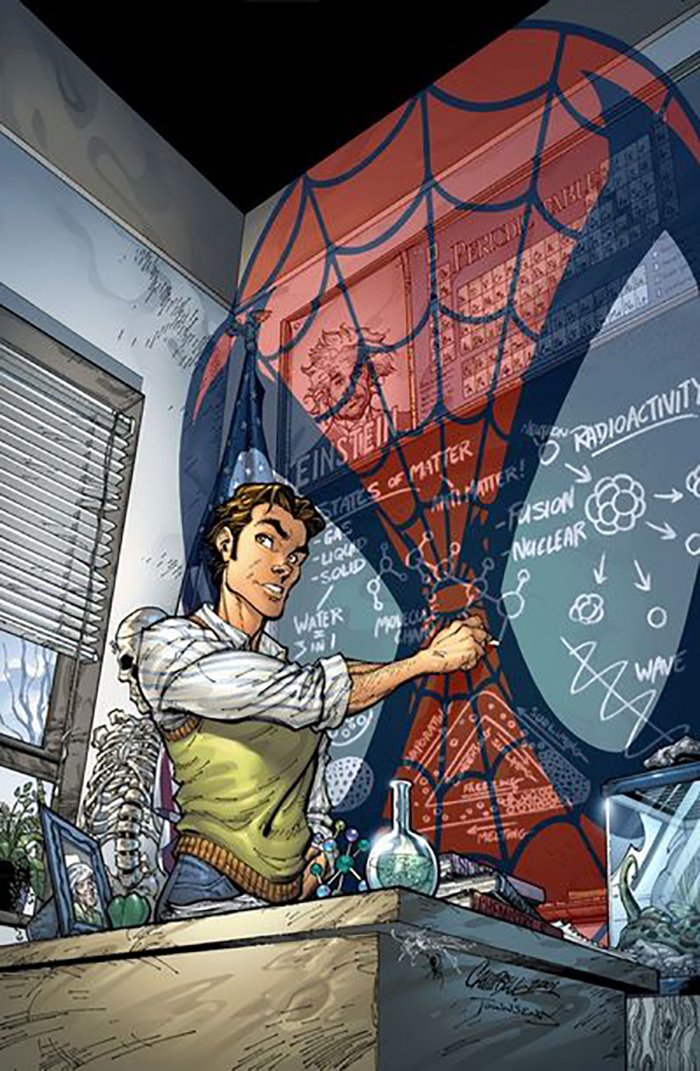 When Peter was a freelance photographer for The Daily Bugle, the job afforded him the luxury of not being accountable for being in the office all the time. He could come and go as he pleased, selling blurry pics of himself as Spidey fighting the Villain of the Week and go about his business. Teaching, though, ain’t freelancing. Teachers are expected to be at school every day. They are beholden to their superiors and students. True, Pete was a part-time teacher, but that still required him to be there the days he was assigned. Showing up doesn’t just require being in a particular place at a particular time. It requires doing it consistently and, if that’s impossible, walking away from something when you know you can’t give yourself to the work 100% of the time.

Sell Yourself and Keep an Eye Out for Opportunity

No, not like that. (Unless you’re in Nevada. I don’t judge. You do you, brosephs and brosephines.) When many graduates leave high school or college, I have many coming to me months later, wondering why they haven’t secured their dream job. “I put in an application. What else can I do?” As it turns out, plenty. If you know anything about Spider-Man, you know that, in the Marvel Universe, he’s had an uneasy relationship with the media. Whether it’s J. Jonah Jameson publishing headlines like “Spider-Man: Threat or Menace?” in The Daily Bugle or the law chasing him for being a vigilante, Spidey gets bad press. Hell, even in his early days, many of his fellow superheroes weren’t quite sure what to make of him. Still, Spider-Man kept doing what he did best: saving lives and stopping crime. When possible, he spoke to the media to give his side of the story. He seized opportunities as they presented themselves. The wall-crawler made sure to sell himself as a responsible hero, not a menace to society. And when the Avengers asked him to be a member in recent years, he joined, not just because it signified that the “big leagues” were giving him the respect he’d earned over the years, but also because being an Avenger is an excellent opportunity for good PR. 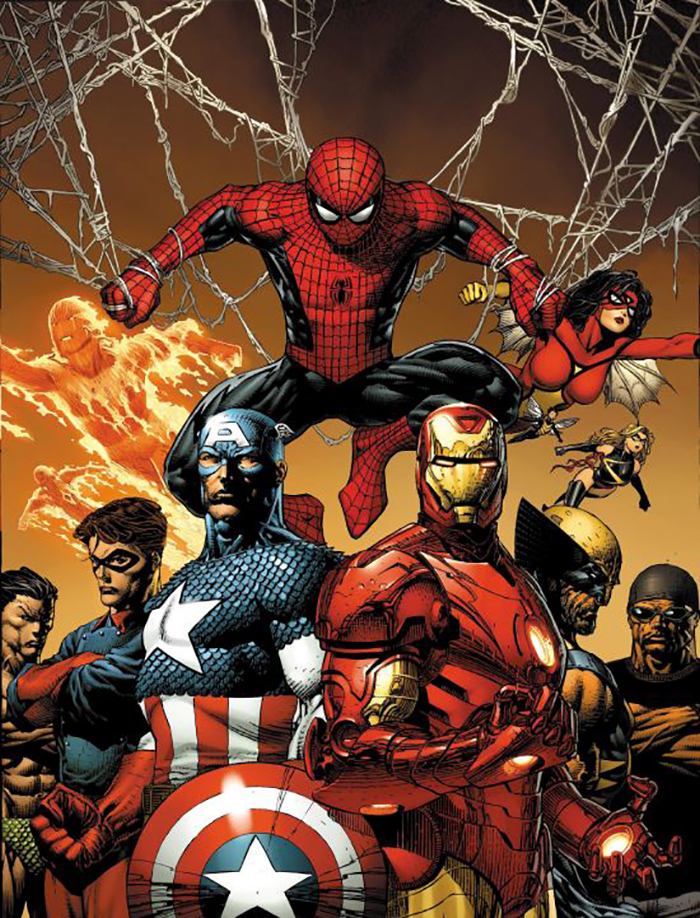 My point: You can’t wait for opportunity, you have to create it. Sending an application isn’t enough. If the job is important to you, call the employer. Schedule an appointment with a sit-down chat with your potential boss. Show up at the business. Hand in examples of your work. Offer to intern for free to show your worth. Spider-Man finally achieved some modicum of respect by selling himself when he could, being consistent in his work, and keeping a lookout for potential opportunities. If you want similar success, follow that model.

What I’ve touched on already but can’t be overemphasized is that Spider-Man is nothing but tenacious. He goes after what he wants and doesn’t compromise on his goals. For years, Peter Parker lived paycheck to paycheck, barely scraping by, and sometimes not even scraping by at all– having to return to his Aunt May’s house (and gobbling down her nutritious wheatcakes) until he could get back on his feet. And while that type of living can weigh on a person, Peter could only make it out the other side by hunkering down and pushing forward.

Anyone who lives in the real world knows that a “can-do” attitude does not necessarily equal success. A person in our world can try and try and try again without the hint of success. We’ve all experienced that kind of disappointment to some degree or another. I certainly have. But what is absolutely true is this: Success will not come to those who wait. Success will not come to those who cannot weather the tough times along with basking in the sunny moments.

Success would not come to Spider-Man if he rolled over when the unstoppable force of the Juggernaut came to town to murder a dear friend.

Success would not come to Peter if he accepted the inevitability of defeat, signing the death certificates of himself and his aunt in the process. 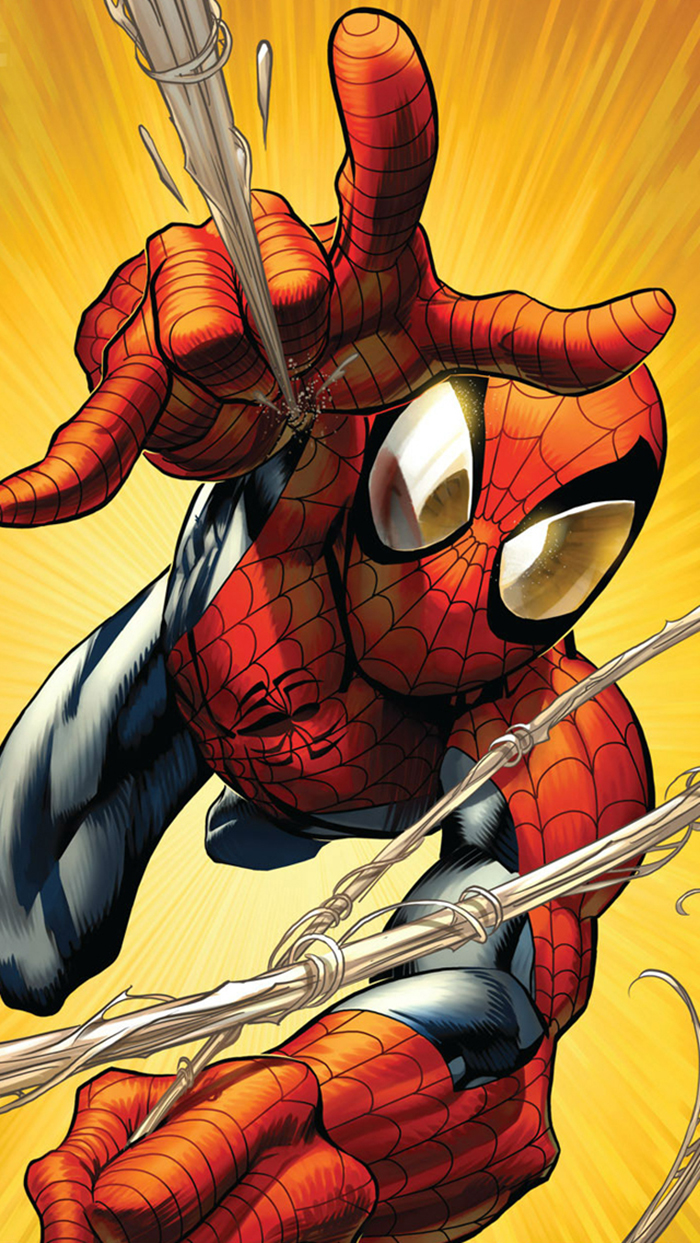 Success would not come to Peter if he did not believe, while slogging through low-paying jobs, that one day he would put his science education to use at Horizon Labs, be able to explore his passion and use it to aid in his role as Spider-Man.

The point, a clichéd but completely true point, is that nobody gets through life without determination and perseverance. Nobody. They are all-powerful. Spider-Man knows this. And you should, too. Push through. Pursue your goals even when you feel smothered by your setbacks. And, hopefully, you’ll be able to stick the landing.