Navigating the online dating scene today can be a minefield of potential miscues, missteps, and faux pas, as Joanna, the protagonist of the LINE Webtoon webcomic #Blessed can surely attest. While checking out a dating app, she accidentally swiped right on a whole host of gods and goddesses, all of whom want to claim Joanna to fulfill a prophecy. Chockful of humor and engrossing story arcs, #Blessed follows Joanna as she attempts to negotiate her new normal, with deities and dating becoming weirdly and wildly entangled.

Just this week, #Blessed creator M. Victoria Robado launched a Kickstarter campaign to collect the first volume of the series in print form. Ms. Robado spoke with us recently about the conceit of #Blessed, the characters that populate the series’ world, the crowdfunding campaign, and what we can expect to see from the comic moving forward. 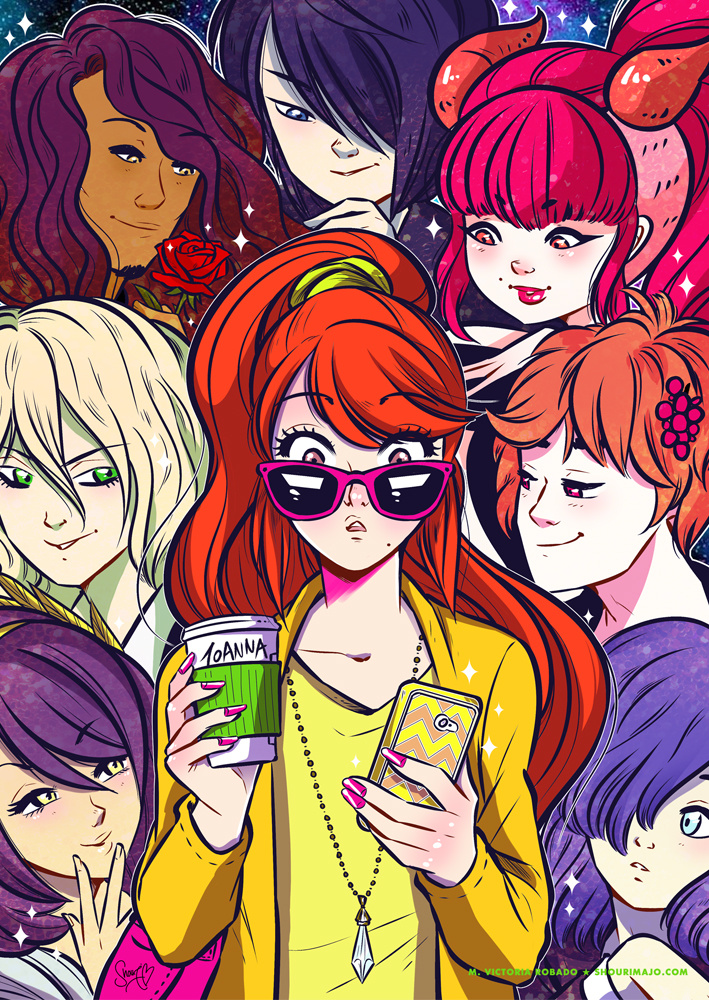 FreakSugar: For those who might be unfamiliar with the series, what can you tell us about #Blessed?

Victoria Robado: On the surface, #Blessed is the story of Joanna, a 20-something writer for a web portal (“digital magazine”) filled with poor recommendations about relationships and lots of animated gifs in their articles. Joanna has grown tired of bad dates, so she downloads a dating app, and accidentally swipes right on a group of gods & goddesses who are looking to fulfill an ancient prophecy to create a new demigod who will rule over the universe!

FS: The idea behind #Blessed is incredibly inspired and a ton of fun. What was the inspiration behind the series?

MVR: It has become a bit of a running joke that I get asked how did I come up with the idea for #Blessed, and I always sneak my way around answering it. But the INSPIRATION, on the other hand…

When the opportunity arose to start publishing my own comic, I was putting together pitch ideas to submit, and I had two already fleshed out and ready. However, I was concerned that two weren’t enough, so I absolutely needed to write a third one. I spent a long time lettering manga, and many of the titles I had to work on had “harem” plots. Most harem stories will have a guy as the main protagonist, so right at the beginning I wanted to subvert the trope by having a woman as the main character. I have a fascination with the mythology of different religions around the world, so that was key in confirming that these characters were going to be gods and not just have superpowers. Finally, I wanted to tie it all together with characters that aren’t perfect, that can be silly when they need to be, that will make bad decisions, and be distracted by flan. 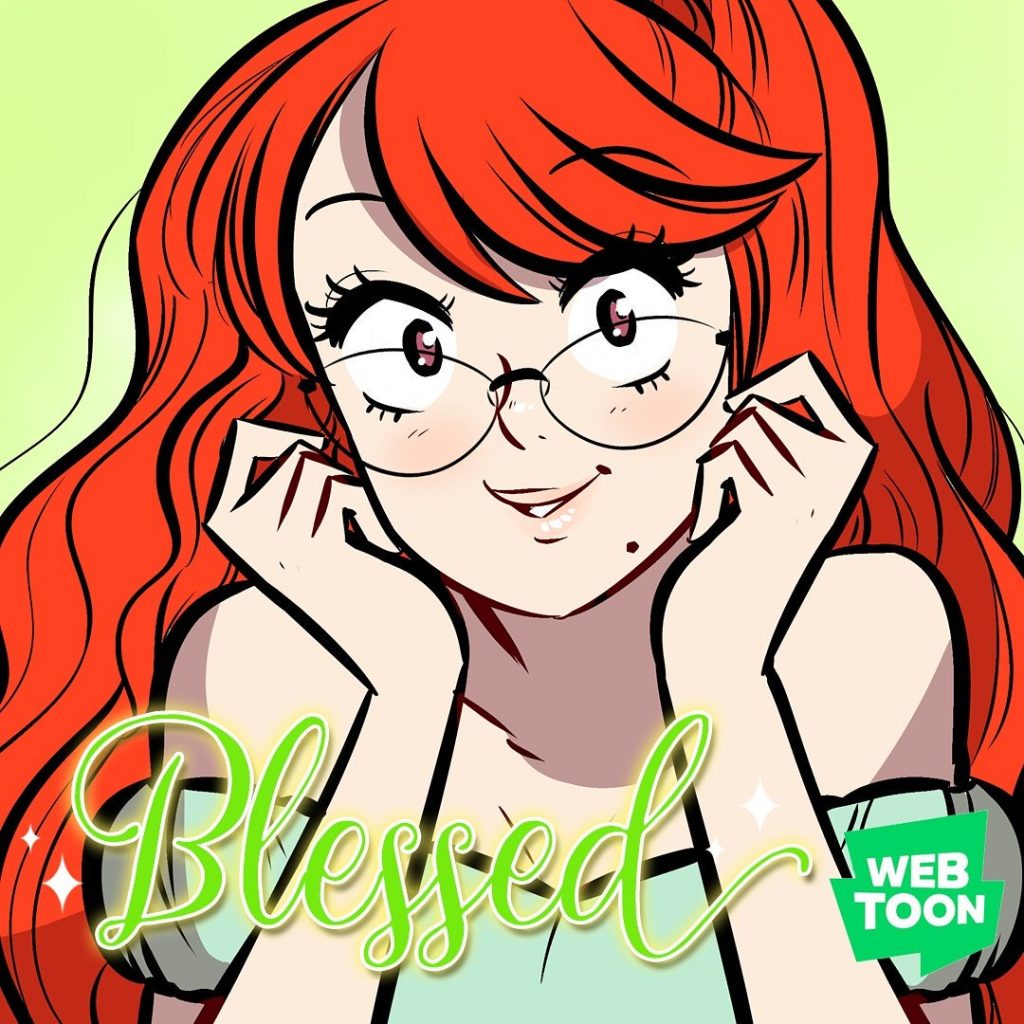 FS: The characters that populate #Blessed are so well-rounded, with such robust, fully-formed personalities. What can you tell readers about some of the characters they can expect to see in the series?

MVR: Joanna has goals, she makes mistakes, and she has to keep at bay 7 omnipotent entities who are trying to be the one to become her baby-deity. How is she going to do it, that’s the fun part of it all.

The gods, however, are a mystery. A mystery to Joanna, a mystery for the reader to unveil. You will be experiencing the whiplash that Joanna experienced when meeting them for the first time! But be sure, there’s one of them that will surely become your favorite.

And plenty of shipping to go around.

FS: Following up on that, are there things about the characters that have surprised you since you first started #Blessed?

MVR: In my first draft, they were going to become the enemies in her story, but after penciling the second episode I knew that couldn’t happen! They definitely took the story by storm! Their personalities are what drive the story forward. 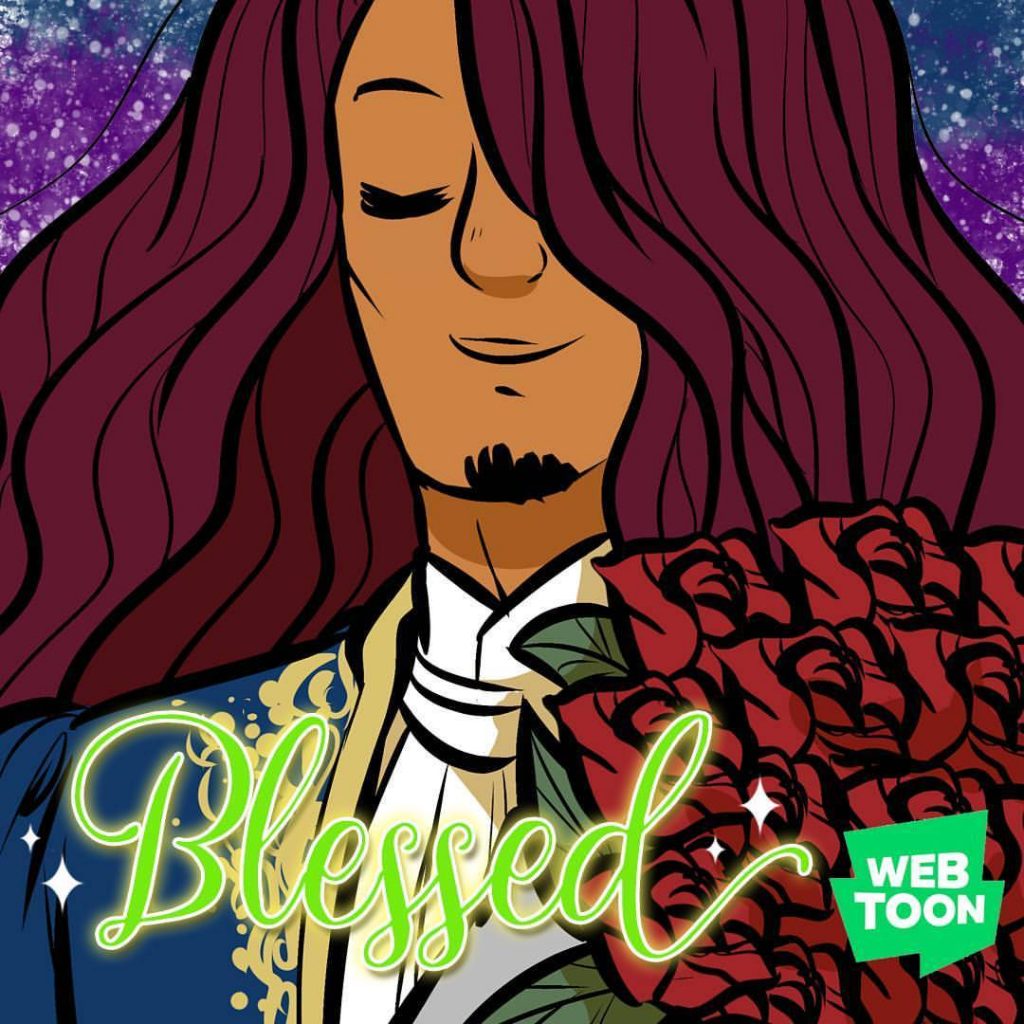 FS: #Blessed has such a fresh feel to the story. Do you have any inspirations that have informed your work over the years?

MVR: I’m from Argentina, and as we have a rich comic history that parallels the U.S. golden age of comics, I have always been surrounded by lots and lots of comics. You could walk down the street and buy comics at street kiosks, and some titles were mandatory reads in school. I have read comics from a lot of diverse genres over the years, and I especially enjoy the ones focusing on discovering the story behind the character. My favorite comics are Mi Novia Y Yo (“My girlfriend and I”), The Life and Times of Scrooge McDuck, Paper Girls, and Sailor Moon. 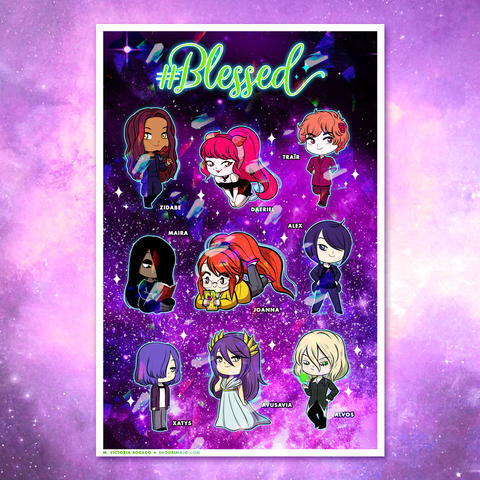 FS: Moving on to the Kickstarter, what can you tell us about the crowdfunding campaign?

MVR: The main goal of the Kickstarter is to get #Blessed Volume 1 into book form! I’ve been working on the comic for almost 2 years, and I dream of seeing it collected into a professional book where you can enjoy a lot of extra content that it’s not possible to offer online. I’ve made books from my webcomics in the past, but never through Kickstarter with the potential for lots of goodies for the backers! 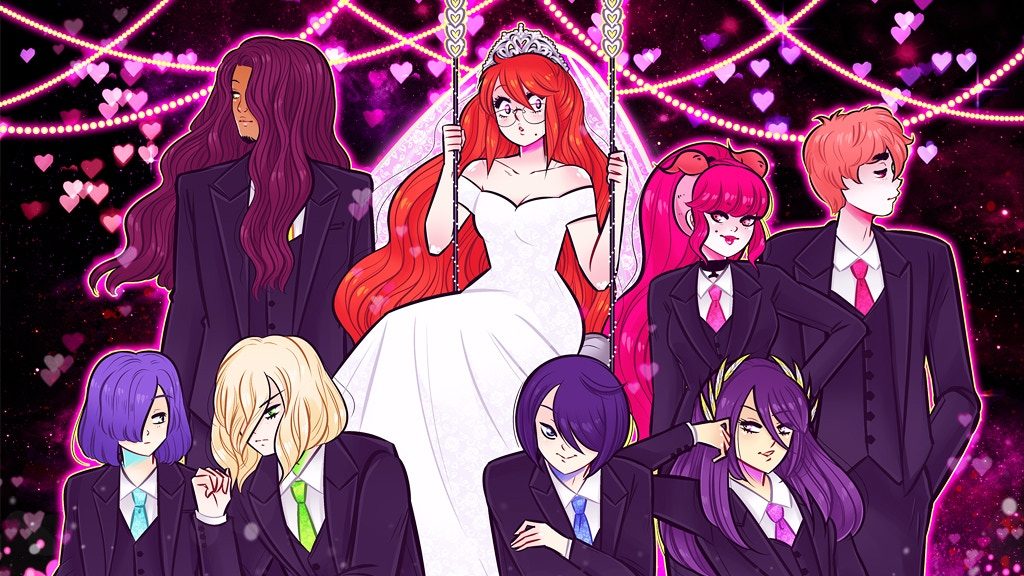 FS: What kind of rewards can contributors to the Kickstarter expect?

MVR: Besides the book, we have exclusive prints, themed sets (Romance & Magic!), commissions, and the opportunity to appear in the comic! I’ve also added some of my non-#Blessed art & merchandise in the rewards for all fans of cuteness! If we make the goal and beyond, we will be unlocking new stretch goals, add-ons, and freebies!

FS: Looking down the road, what can you tease about what we can expect next for #Blessed?

MVR: We’re gonna learn a lot more about the deities and their worlds, while Joanna tries to make sense of why this has happened to her, and the consequences her actions have had on everybody.

The Kickstarter for #Blessed is in full swing and already over halfway toward its goal. Check out the page for the campaign and consider throwing in your support! And be sure to check out #Blessed, currently in its second season, on LINE Webtoon!