Since the new status quo for the X-Men comic book universe was established back in the House of X and Powers of X miniseries, Magneto—the mutant master of magnetism—has been front and center in helping lead mutants on the nation of Krakoa. He serves on the nation’s quiet council and acts as liaison between Krakoa and the interstellar agency known as S.W.O.R.D.

However, if today’s image released from Marvel is to be believed, there’s going to be some sort of reckoning for the former villain turned hero. The art by superstar John Romita, Jr. (and JR JR’s return to Marvel!) shows a defensive-looking Magneto, standing on train tracks coming apart, with the words “The Trial of Magneto begins in August 2021” across the image. (Also, the train track metaphor is pretty spot-on. Are things going off the rails?) 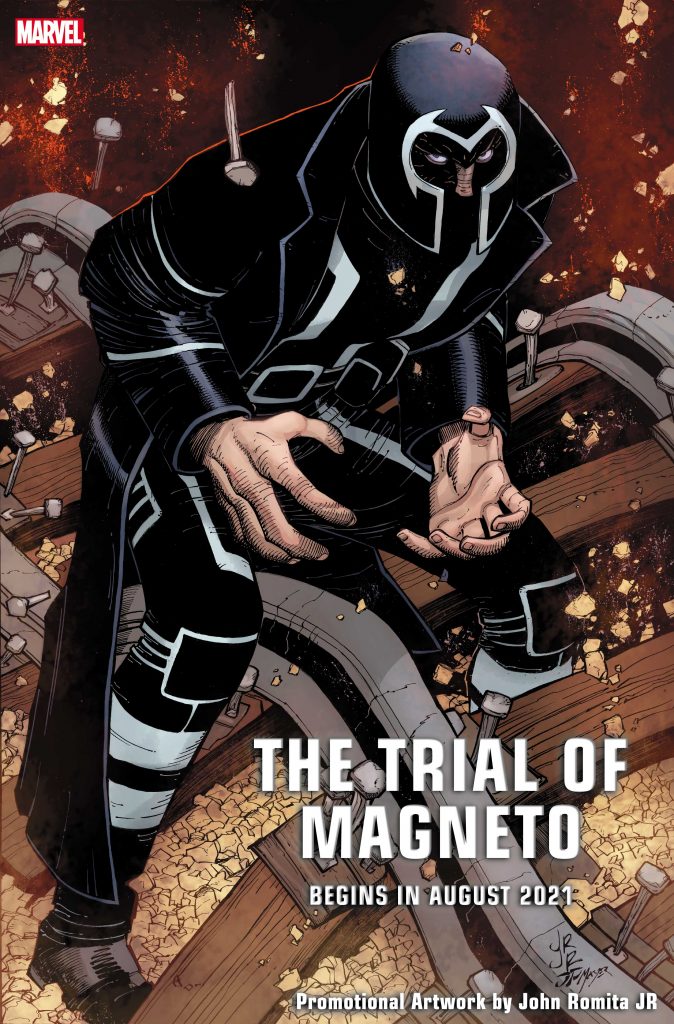 Why the trial? A mutant’s pass deeds are supposed to be absolved when a mutant comes to Krakoa. Is this a change in policy? Or did he break one of the three tenets of Krakoa: 1) Make more mutants; 2) Murder no man; 3) Respect the sacred land of Krakoa. It’s doubtful the first one would necessitate a trial, but maybe one of the second two tenets? Possibly. Number 2 is a safe bet, given Magneto’s history, but why? So many questions, so much speculation.

Regardless, the tagline accompanying the image, “The trial that threatens to divide mutantkind,” suggests that this will cause more discord on the island nation.

We’ll find out when The Trial of Magneto begins this August.

Unrelated, this ain’t the first time Magneto’s been on trial, as the cover of Uncanny X-Men #200 from way back in 1985 shows: 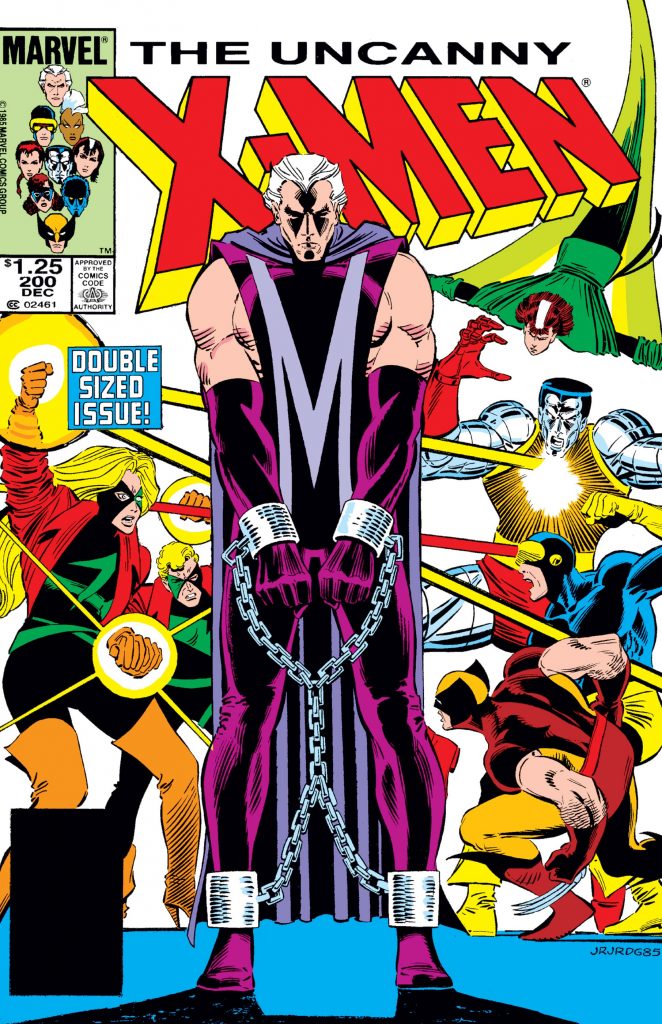