The Fantastic Four, the superhero team that brought Marvel Comics into the Silver Age of Comics, celebrates its 60th anniversary this year, and the House of Ideas is looking to celebrate in a big way. Off the heels of 2019’s Spider-Man: Life Story, which examined Spider-Man’s life through the decades, Fantastic Four: Life Story will take a similar approach, looking at The Fantastic Four set against the years in which they lived, starting with the 1960s.

Written by Mark Russell (The Flintstones, Exit, Stage Left!: The Snagglepuss Chronicles), illustrated by Sean Izaakse (Fantastic Four, Avengers: No Road Home), colored by Nolan Woodward, and lettered by VC’s Joe Caramagna, Fantastic Four: Life Story will address everything from the Space Race of the 1960s to the ERA and Civil Rights movements. Russell is always incredibly adept at blending big ideas without losing sight of character, so it will be great to see what he does with Reed, Sue, Johnny, and Ben within this Life Story framework

Mr. Russell was kind enough to speak with us about the idea and structure behind Fantastic Four: Life Story, how he approaches tackling the characters, the appeal of the Fantastic Four, and a tease about what we can expect in the miniseries. 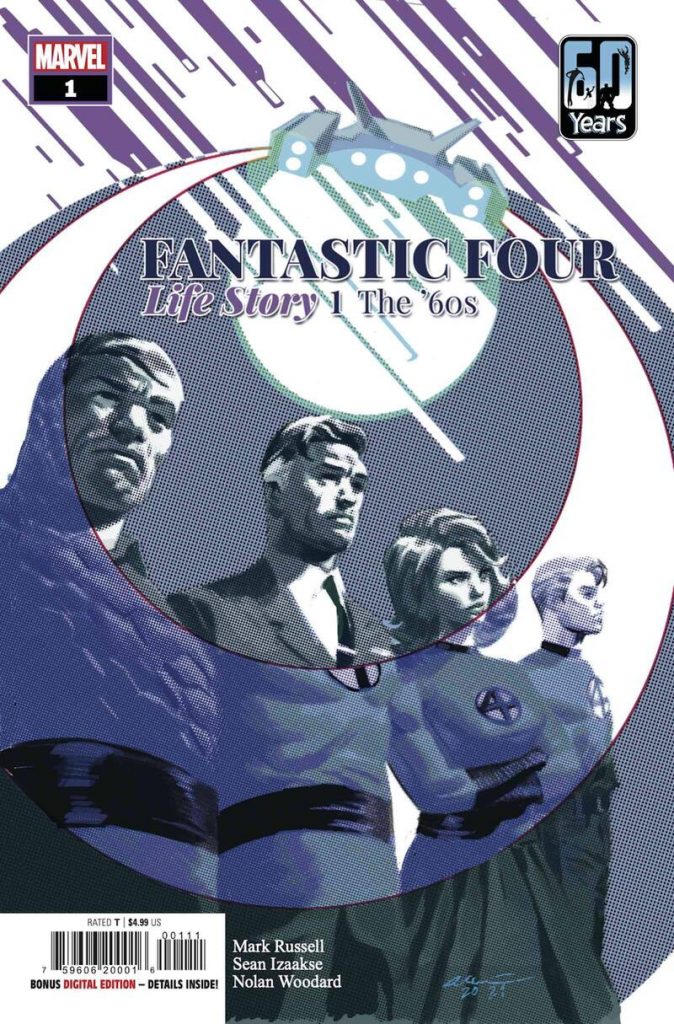 FreakSugar: Before we get into Fantastic Four: Life Story, what is the appeal, for you, to work with the Fantastic Four characters?

Mark Russell: One thing that really appeals to me about the Fantastic Four is that it’s primarily a story of relationships. About people helping each other survive despite the fact they’re all very different and they don’t always get along.

FS: What are your earliest memories of The Fantastic Four?

MR: My earliest Fantastic Four memory is seeing one of their comics in a spinner rack for the first time and assuming Ben was called “Rock Man”. Someone corrected me, telling me that he was known as The Thing, and I thought was just mean. Like, what kind of friends would refer to you as The Thing? 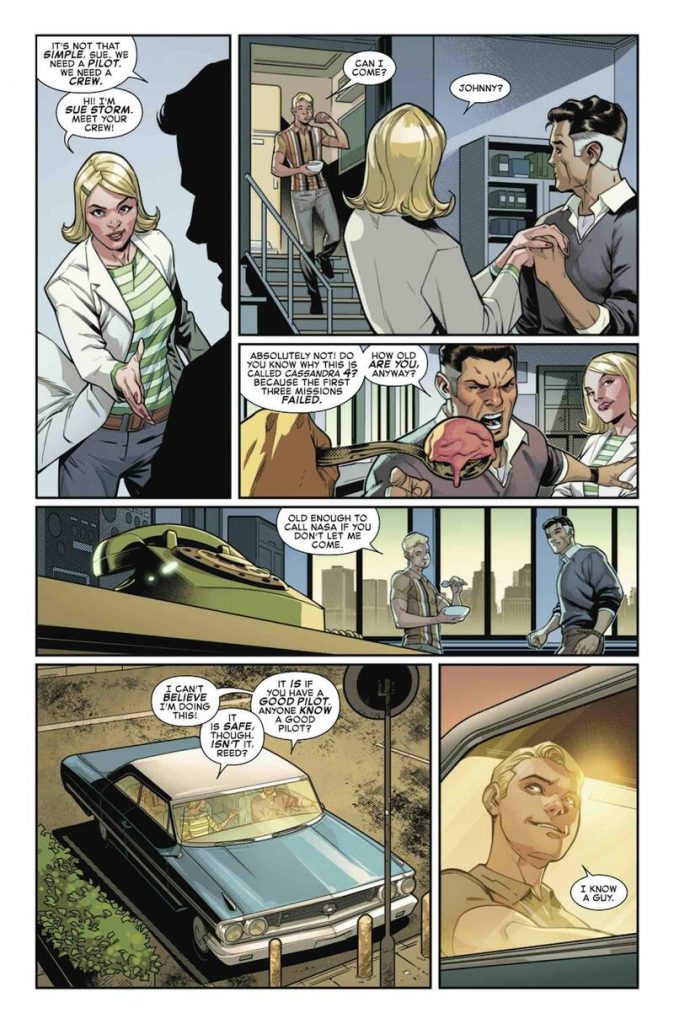 FS: On to Life Story, what can you tell us about the conceit of the miniseries?

MR: On a superficial level, it’s about The Fantastic Four interacting with world history. How Reed was brought into the Space Race by President Kennedy, how Sue was influenced by the ERA and Civil Rights movements, and how they found themselves caught in the middle of the Cold War. But on a more personal level, it’s about regret. About how maturing is really the process of coming to terms with our mistakes and limitations.

FS: The team behind the Spider-Man: Life Story miniseries had a very particular angle through which they approached the story. How does that inform your work on Fantastic Four: Life Story?

MR: The Spider-Man: Life Story provided a great blueprint for how a limited series covering so much time can be made and work well. I think my take away from that series was how to let the passage of time dictate the pacing of the story. 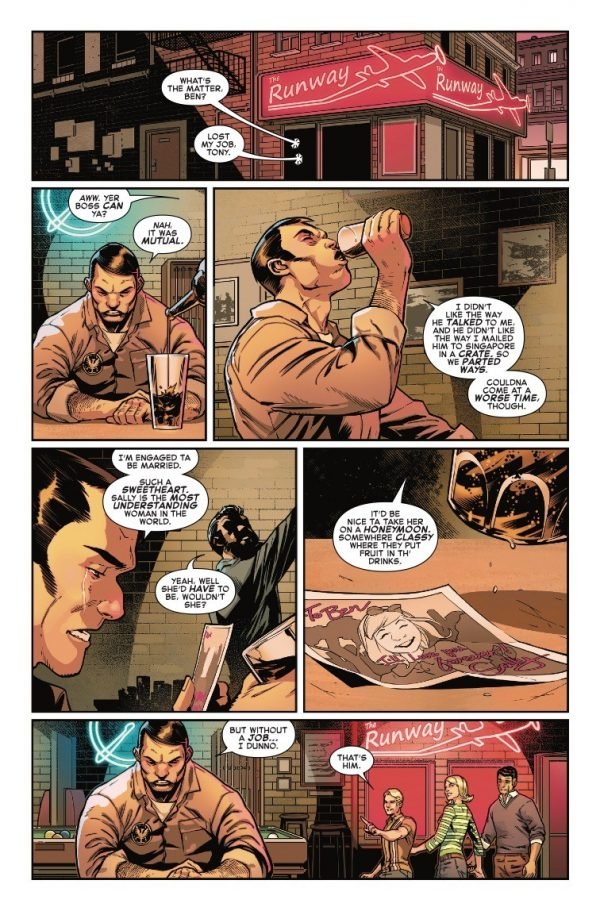 FS: Some writers have noted that the Fantastic Four can be tough to get “right.” How do you approach working on the characters?

MR: Most characters, like most people, are best understood by what they want out of life. So that was the way I approached the Fantastic Four. Reed wants to save the world. Sue wants to change the world. Johnny just wants to have a good time. And Ben wants the love that he now feels will forever be denied to him. The characters’ choices and the conflict between them flows from those differences. One thing I did for this series, to sort of get inside their heads is to write it so that each issue is narrated by a different character. The 1960s issue is narrated by Reed, the 70s by Sue, the 80s by Johnny, etc.

FS: The early art released for Life Story is beautiful. What’s the collaboration process like with the creative team?

MR: Sean Izaakse has been turning in really stellar work. I can’t wait for people to see what he’s done with this series. For my part, I sent Sean a bunch of reference pics of what I thought the living quarters and street clothes for people should look like in each successive decade, to give him a sense of how I envisioned the aesthetic changing from one issue to the next. One thing that’s especially important to this series are the villains and their evolution as the series go on. So a lot of my notes and Sean’s character designs focused on the villains. 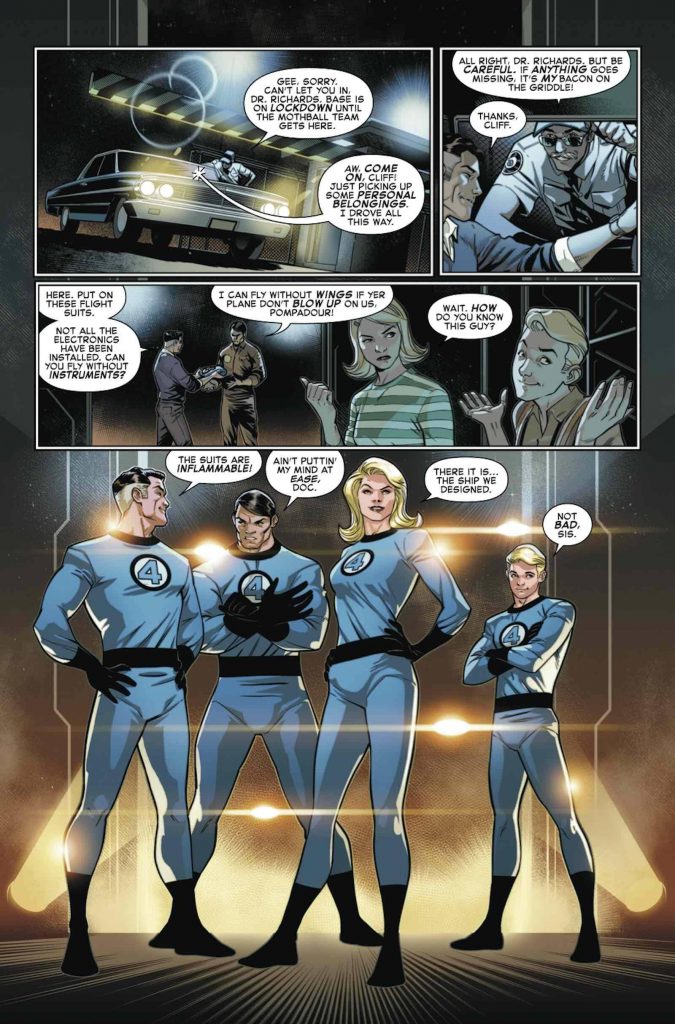 FS: The original Fantastic Four origin was very much of its time, tied very closely to the Space Race and the Cold War. Was that part of the appeal of using that as a natural starting point for Life Story?

FS: Why do you think readers keep coming back to tales of The Fantastic Four, sixty years later?

MR: The story of people failing to get along, but still working together to change the world, is as old as The Illiad. More or less every world mythology is the story of a dysfunctional family. The complications of dealing with other people who want different things is at the very core of the human experience, which is why these stories tend to stand the test of time, even though the social function of these stories may be very different. 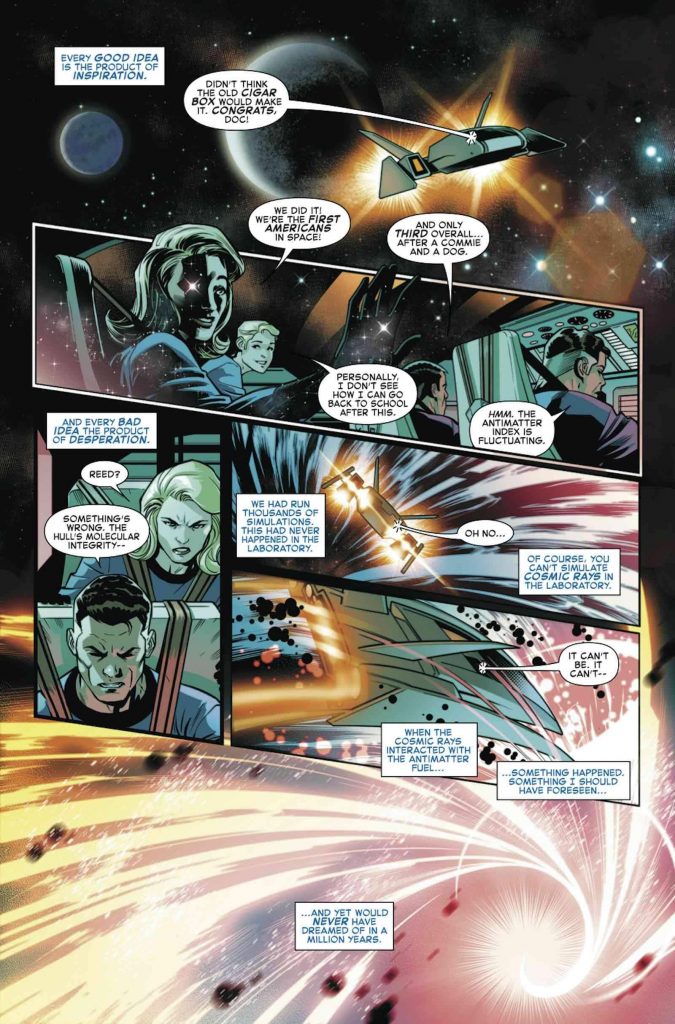 FS: Is there anything else you would like to tease or say as the debut for issue #1 approaches?

In the tradition of SPIDER-MAN: LIFE STORY, and in celebration of the FF’s 60th Anniversary, comes this series setting the lives of the fabulous foursome in real time across the years!

Amid the backdrop of the Cold War and the Space Race, a terrible accident gives the Fantastic Four great powers, a terrible secret, and entangles them in the history of their planet.