It’s become increasingly clear over the past five years or so that Marvel has a Cyclops problem.

Stretching back as far as writer Joss Whedon’s Astonishing X-Men stint back in the early 2000s, there seemed to be a concerted effort on Marvel’s part to flesh-out the character of Scott Summers, the X-Men’s leader Cyclops, in order both to make him more relatable and to demonstrate why he’s the man for the job of leading Earth’s mutant community. When Whedon was brought on to write Astonishing, he was left with a group of X-characters who, under the guidance of writer Grant Morrison, had been brought to the forefront in the midst of a world which saw a booming mutant population and where Homo sapiens were in danger of extinction. During Morrison’s stint, he did a great deal of character-building on Cyclops in particular, stripping away at the X-leader who was notorious for living inside his own head and wrestling with insecurities off the battlefield.

Whedon took the work Morrison did with Cyclops and ran with it, putting Scott Summers through a 25-issue long crash-course in growing up. By the time Whedon’s story had come to an end, readers were left with a man who was unequivocally knew he was, what his values were, and had definitively earned his place as leader of Marvel’s premiere group of mutant heroes. Writers such as Matt Fraction and Ed Brubaker ran with Whedon’s concepts and built on that work, creating a Cyclops who, if not always likeable, had very clear goals and a singular vision. Whether it was protecting what was left with an eventually decimated mutant population or fending off threats from a corrupt government, even when Scott’s teammates disagreed with him, they were portrayed as knowing that he held their best interests at heart. Even after Wolverine and half of the combined X-people left the X-Men over conflicting ideologies, Cyclops’ actions didn’t feel out of character, based on what had come before. 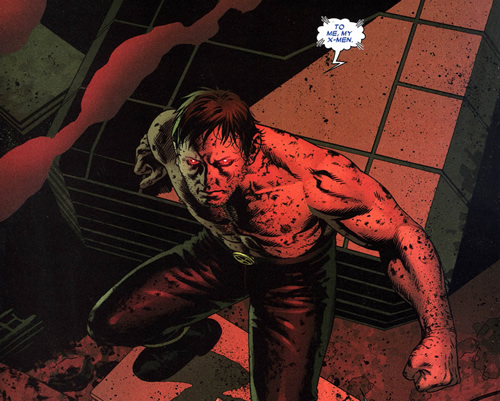 Then emerged the Phoenix. After the events of the Avengers vs. X-Men crossover in which Scott, while under the influence of the cosmic entity the Phoenix force, killed X-Men founder Charles Xavier, scribe Brian Michael Bendis seemed to make it one of his missions in his Uncanny X-Men title to look at Cyclops under the microscope, examine what it is that Scott truly wants to achieve as a mutant revolutionary, and, ultimately, if he can gain some kind of redemption. While Marvel’s moves to make Cyclops a flawed hero in need of renewal of self often felt inorganic–why would Scott see the Phoenix as a necessary good before his corruption, even after every experience he’d had with the entity?–maybe Bendis would still spin an interesting yarn in the process. 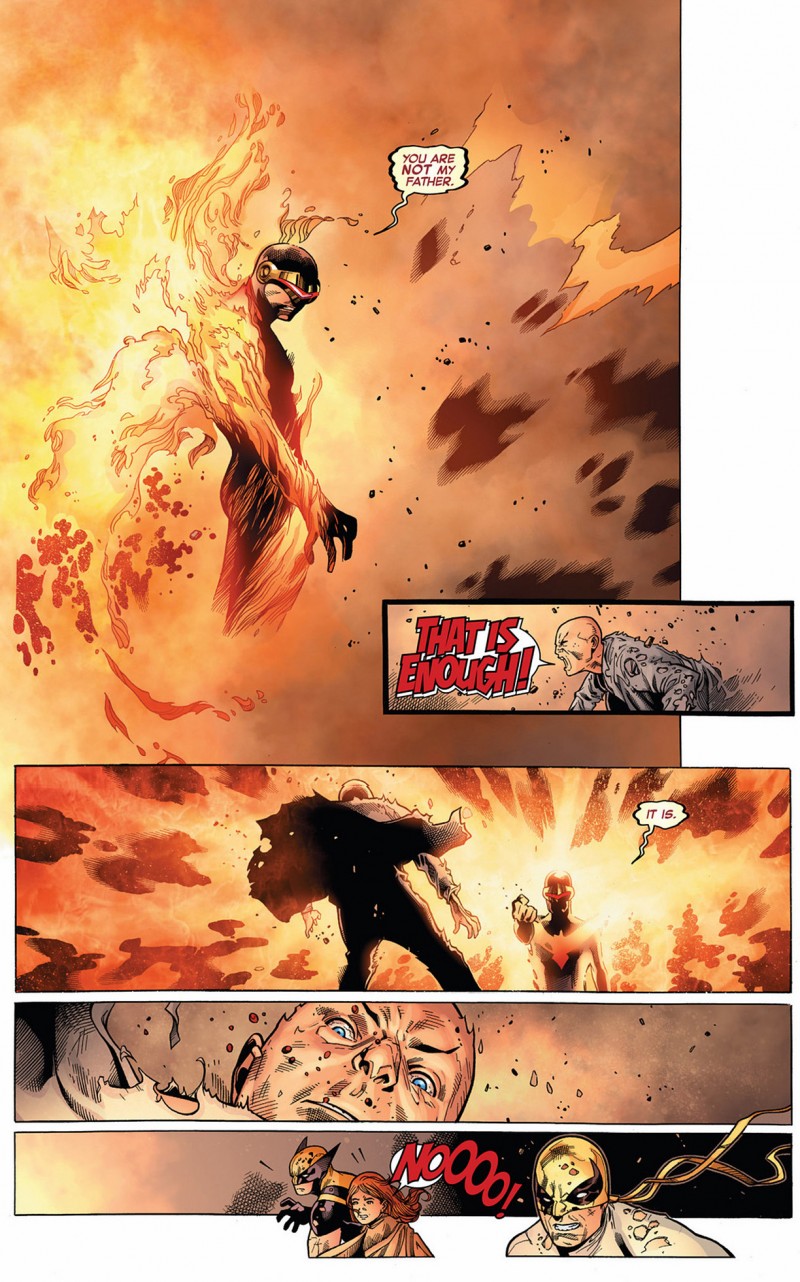 With Uncanny about to hit the 600-issue mark and Marvel’s Secret Wars, universe-changing crossover right around the corner, it was promised that, before the post-crossover reboot “changed everything,” we’d see some sort of resolution to the Ballad of Scott Summers. Instead, in Uncanny X-Men #600, readers were given an anticlimactic whimper in which Scott orchestrates a congregation of the world’s remaining mutants, protagonists and antagonists alike, at the United States Capitol as—a metaphorical gesture, maybe? To show that mutants can come together without threatening humans? As a demonstration that, despite the chaos in the mutant community, they’ve managed to survive? It wasn’t very clear, really. Whether the case or not, I suspect that the Secret War event made Bendis speed up what may have been a longer game plan for Cyclops and his journey.

What made matters worse is the fact that Marvel’s shipping schedule was in disarray from the Secret Wars event, so readers kinda already had an inkling that the mutant community would be in disrepair post-Secret Wars, but with Cyclops as part of the cause. For any fans of Scott Summers following his tale of character development and redemption, this was a bit of a slap in the face and a missed opportunity. Any redemption that Bendis had built, unless post-Secret War reveals otherwise, feels undone.

I’m an unabashed fan of the Cyclops character when handled capably and not used merely as a plot device to further the story. Hell, even as a fan, if Scott had turned into a villain organically, maybe like Magneto–which, really, seemed like Marvel was building toward for a time–that would have been okay. Instead, during the Avengers vs. X-Men event, a narrative leap was expected for readers to believe that, even with his own son telling him the Phoenix force is to be trusted, Cyclops wouldn’t be wary of a cosmic entity that has wrecked his professional and personal life time and again. The character, written at his best, is hopeful, but hardly naive or stupid. But even that aside, if Bendis and Marvel had given the redemption they were building toward time to breathe and given it a logical conclusion instead of something that felt tacked on to give way to the Next Big Thing, at least there would have been a cap on the sometimes messy story of Scott Summers.

But I guess getting killed off during Secret War and bringing the mutant race to its knees is the same thing.