This June during Pride Month, Marvel Comics is introducing a new character named Somnus in Marvel Voices: Pride #1. Marvel had recently teased that it would showcase a new hero in the pages of that book, and we now have a name and a character design from artist Luciano Vecchio to attach to that hero. 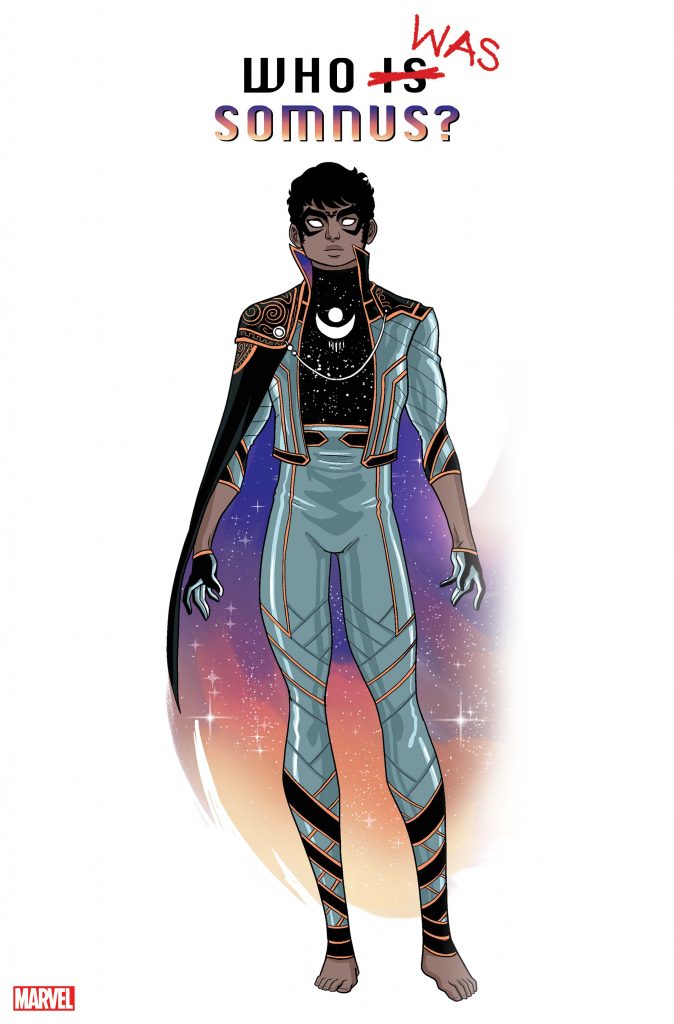 Aside from the look, name, and that Somnus will be an LGBTQIA+ character, we don’t have much to go on except for a few clues. The text “Who is Somnus?” accompanied the art release, although the word “is” has been marked out, with “was” written above it. Does this indicate that Somnus is dead? Did they disappear? Did people forget who they were, a la the origin for another Marvel hero, The Sentry?

It’s worth pointing out that Somnus shares their name with the Roman god of sleep, so their powers could have been god-given, Somnus could be an actual deity, or Somnus uses the name to refer to their abilities, which could be sleep-related.

Regardless, we’ll find out when Marvel Voices: Pride #1 goes on sale June 23rd.