We still have at least half a year before we learn the fate of the Marvel Cinematic Universe’s heroes, as well the whole of reality, in May 2019’s fourth Avengers film, whatever that turns out being called. While we wait, however, Funko is releasing two new Avengers: Infinity War toys to whet our whistle for All Things Thanos, including a Marvel Moment recreation of the final epic battle between Thor and Thanos and the Infinity Gauntlet itself! 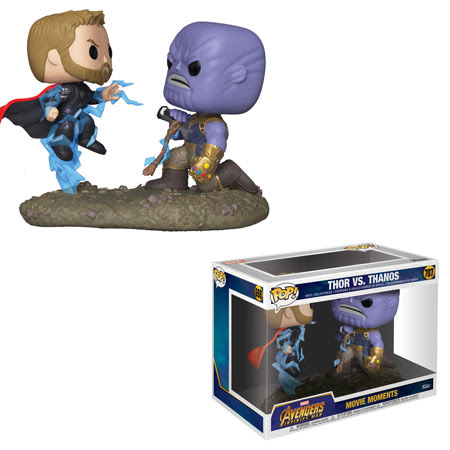 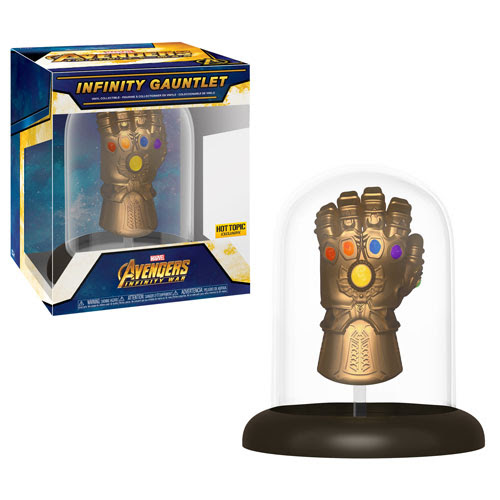 Okay, admittedly, Thor’s brouhaha with the Mad Titan in this Marvel Moment didn’t turn out super: Thanos got away and–spoiler alert–half of the universe’s population disappeared. But damn if this set doesn’t look neat! And if you’re the type who actually plays with you Pop figures, you can make-pretend that the ruckus went differently: Thor chopped off Thanos’ hand bearing the gauntlet–like, you know, we all know he should’ve done–with the rest of the remaining Avengers repairing the worlds-killing glove and saving reality.

Or you can use the domed Infinity Gauntlet to make believe that Thanos never acted like a petulant child in the first place. Who sets out to wipe out half of existence? Really?! A dude with daddy issues, that’s who.

The God of Thunder is standing strong against the Mad Titan in this epic Movie Moment courtesy of the Marvel Cinematic Universe.