With Captain America: Civil War hitting theaters in May, it’s no surprise that Marvel would want to capitalize on the excitement for the film and craft a crossover event in their publications that will pique readers’ interest. This May, the House of Ideas will launch its “Civil War II” story arc, which will once again pit hero against hero over a difference of opinion that could shake the Earth and beyond. However, while the Captain America movie will draw heavily on the original “Civil War” event from almost a decade ago, “Civil War II” will be connected to that first story only insofar as both tales feature heroes duking it out over philosophical differences.

To build interest in the story, Marvel has been releasing posters that ask readers to choose their side, the latest of which puts the spotlight on the mighty Thor. 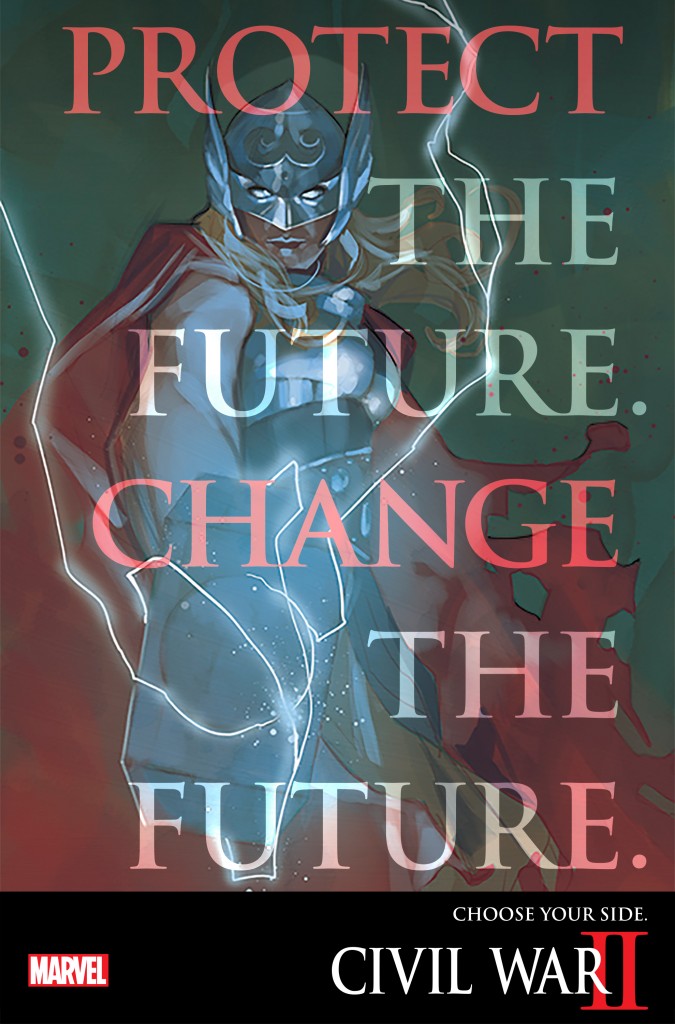 Which side will Thor choose?

What will spark this second superhero kerfuffle, with Iron Man and Captain Marvel leading warring factions? According to the official Marvel press release

The Marvel Universe is at a crossroads. A new power has emerged, one that can predict the future—for good or ill— and the heroes of the Marvel Universe are faced with a choice: Wield the power of “predictive justice” to change the future as they see fit, or reject it and allow tomorrow to unfold unaltered.

We don’t have long to find out which heroes will being tusslin’ with one another. Civil War #0 hits comic shops this May.