A couple weeks ago, Warner Bros. and DC Entertainment announced a massive slate of films based on DC Comics characters that will stretch into the next decade. Almost immediately, folks on the Internet started speculating — because that’s what folks on the Internet do — about whether Marvel Studios would simply rest on its laurels while DC garnered all of this attention or roll out its own announcements and steal a bit of the Distinguished Competition’s thunder.

Tuesday, Marvel did just that: during a special event at the El Capitan theater in Los Angeles, Marvel Studios president Kevin Feige released a whole host of the titles and dates of the Marvel Phase 3 films that the company hopes will take on DC’s lineup.

Between 2016 and 2019, we can expect to see the following films from Marvel Studios: 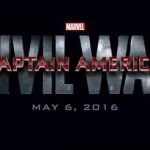 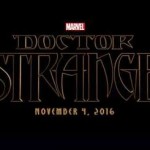 Guardians of the Galaxy2 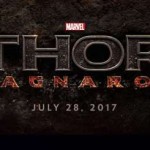 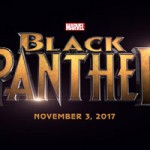 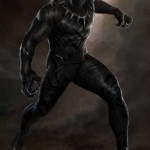 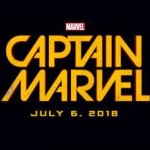 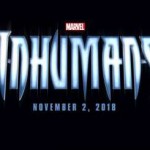 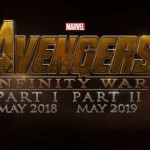 If you think that’s a lot to take in, you’re right. DC Entertainment’s big announcement a few weeks ago, it could be argued, was equally as striking, but Marvel Studios’ trumpeting has one thing that DC didn’t: context. Aside from Man of Steel, we don’t have any other movies based on DC properties within the universe director Zack Snyder, Christopher Nolan, et al, are attempting to create. We’ve seen snippets of outfits and heard some casting news and have knowledge that it’s all building to a Justice League-centered DC movie universe similar to the Avengers family of films.

However, Marvel Studios has about a six-year jump on DC/WB, stretching all the way back from Robert Downey Jr.’s turn as Tony Stark in the first Iron Man film to this summer’s Guardians of the Galaxy. We know the tone and the landscape of the Marvel cinematic universe, even if we don’t know all of the twists and turns and back roads. Guardians taught us this summer that Marvel Studios still has plenty of cards to play. Still, we know enough about the Marvel films we’ve seen so far that we can make wild assumptions and speculation on something, even if those assumptions turn out to be false. With DC—at least until 2016—we have “wait and see.”

So, based on what Feige gave us today, both in announcements and explanation, what kind of wild assuming and speculating can we do (again, because that’s what the Internet does)? While it’d be nice to have the time Infinity gem to guide this discussion, I’ll just have to hope I have a little bit of the same futurist spirit and foresight in me that also guides Tony Stark.

1. No Love for the Hulk or Black Widow?

The Hulk and the Black Widow were noticeably absent from the movie slate. This doesn’t necessarily mean that fans of Bruce Banner and Natasha Romanov should grab their pitchforks and storm Marvel Studios headquarters. Feige announced these nine films, but he never said that these would be the only Marvel Studios films to hit the big screen between 2016 and 2019. If you look at the dates, there are plenty of spots where a Hulk or a Black Widow film could slide right in and further beef up Marvel’s showings.

Of course, the absence of a film with either character being a headliner could indicate trepidation on Marvel’s part. Neither of the previous Hulk feature films in recent memory made great waves, so it would be understandable for Marvel to be a bit twitchy about pulling the trigger on a new one, despite the positive reception actor Mark Ruffalo received for his performance as Bruce Banner.

The Black Widow is another story. She’s already made appearances in Iron Man 2, The Avengers, and Captain America: The Winter Soldier. Actress Scarlett Johansson’s turn as the S.H.I.E.L.D. spy-turned-superhero has had male and female fans alike clamoring for Natasha to headline her own feature. And this seems like a golden age for the character across media: She’s starring in her own Marvel Comic series, she’s appearing in cartoons, and she’ll even be in her own Young Adult novel next fall. What’s more, The Hunger Games series of films and Johansson’s role as the lead in Lucy show that audiences will more than welcome a female lead in an action film. Hell, Marvel Studios lists Captain Marvel on its slate, so they seem to know this. Does the production company think that the Widow serves the Marvel cinescape better as a supporting player? Seems to me this could be a big misstep on the studio’s part if they ultimately pass on giving the character her own film.

Update: Feige has said that there are currently no plans to develop a standalone Hulk or Black Widow movie. “Currently” is a tenuous word, however, and we all know that plans can change depending on any number of factors. And while we are several years away from any sort of announcement, this doesn’t preclude the characters getting their own films in a possible Marvel Phase 4.

The announcement of a Black Panther film shows that Marvel Studios is finally ready to venture out to locales on Earth that aren’t firmly set in the United States. Comic book writers have a big problem recognizing that there are areas of the USA that aren’t either on the east or west coasts. However, Marvel does have a rich history of heroes and villains from all over the world—in Europe, in Asia, and in Africa. T’Challa, the Black Panther himself, hails from the African country of Wakanda, an isolationist nation whose science and technology are years ahead of many other nations in the industrialized world. It’ll be nice to see an African American character headline a superhero film, as that hasn’t happened since Blade: Trinity in 2004. With this announcement and the appearance of Andy Serkis in the trailer for Ultron looking very much like Black Panther’s nemesis Klaw, could T’Challa be making a cameo appearance in Whedon’s Avengers sequel? We know he’ll play a key role in Captain America 3: Civil War, so it’s not out of the realm of possibility that Marvel Studios might want to establish the character a little earlier in the lead-up to that film.

Side note: Just a nod to our favorite vampire hunter Blade, as he should be credited with helping Marvel to get the gumption to test the superhero movie waters back in 1998. Without Blade’s success, there might be no X-Men films, no Spider-Man movies, and no Avengers features. So, yes, Black Panther, be sure to thank the daywalker the next time you see him stabbing the undead.

With Captain Marvel getting her own film, it’s nice that one of Marvel Comics’ headlining females is finally getting her due. I have to admit, I would rather have that first female film centered on the Black Widow, but Carol Danvers’ Captain Marvel would have been my second pick. She’s a badass with a rich character history from which to draw. She’s been in the military, which would give her a natural connection to S.H.I.E.L.D. and an obvious “in” with the other Marvel heroes who are government-affiliated. Further, her powers, while perhaps not in the same league as Thor, make her a force to be reckoned with. The fact that her film, Black Panther, and Doctor Strange are all set to appear prior to parts one and two of Avengers: Infinity War makes it natural to question whether those characters will be there to join the fight against the mad Titan Thanos and the Infinity Gauntlet, should he have it assembled by that time. (I mean, the titles of the films and the gauntlet include the word “infinity,” so I’m betting Thanos will be ready to rock the party.)

4. Infinity Is a Long Time

The fact that Feige capped the slate of films with the two parts to Avengers: Infinity War is no accident. Everything has been building to a confrontation with Thanos since his cameo appearance during the mid-credits scene of the first Avengers film. However, will both features include a full-scale war between the heroes of Earth and the murderous worshipper of Death? With the events of Age of Ultron and Civil War looking to put a strain on the relationships between Earth’s Mightiest Heroes, the question becomes whether all of the Avengers teammates we’ve seen so far will even make it to the first part of Infinity War. Between contracts and rumors and innuendo, it’s been suggested by Robert Downey Jr. himself that the team will be dramatically affected by the end of Ultron. That effect could mean any number of things, but, regardless, the heroes themselves will not escape their confrontation with the android Ultron unscathed. Could a new team of Avengers face Thanos in the first act, only to be assisted by the original Avengers, putting their issues aside, in the second act?

As for Guardians of the Galaxy 2, I’m just going to say this: Guardians director James Gunn has already confirmed that we have seen Adam Warlock’s cocoon in The Collector’s menagerie and that it was open. Adam is a perennial adversary of Thanos in Marvel’s comic book tales and, incidentally, one of the first Marvel characters I was introduced to outside of Spider-Man and the X-folks. If Guardians 2 doesn’t at least hint at the maybe-sorta-kinda possibility that Adam will be presented during the Infinity War showdown, I’m going to be a weepy bastard.

What did you think of Marvel Studios’ big announcements yesterday? What are theories of what trajectory these new characters will send the Marvel cinematic universe? Let us know in the comments!