Last month, Marvel announced that their First Family would finally be whole again with the launch of a new Fantastic Four series, debuting this August from writer Dan Slott (The Amazing Spider-Man) and Sara Pichelli (Ultimate Comics Spider-Man). While team members Johnny Storm and Ben Grimm have been seen in the Marvel Universe in everything from The Amazing Spider-Man to Guardians of the Galaxy to Marvel Two-in-One lately, Reed and Susan Richards and their children haven’t been spotted since the end of Marvel’s Secret Wars.

The finale of Secret Wars, written by Jason Aaron with art by Esad Ribic, saw the Richardses and members of the Future Foundation setting out to rebuild the destroyed multiverse. So it’s fitting that Ribic would be the one tapped to provide cover art for the first time we’ve seen the family whole in three years. Today, Marvel released Ribic’s cover to issue #1 as well as a teaser for the Fantastic Four revival. In fact, Ribic will provide the covers to every issue, bringing the same grandiose sensibility he brought to Secret Wars and that’s befitting the FF. 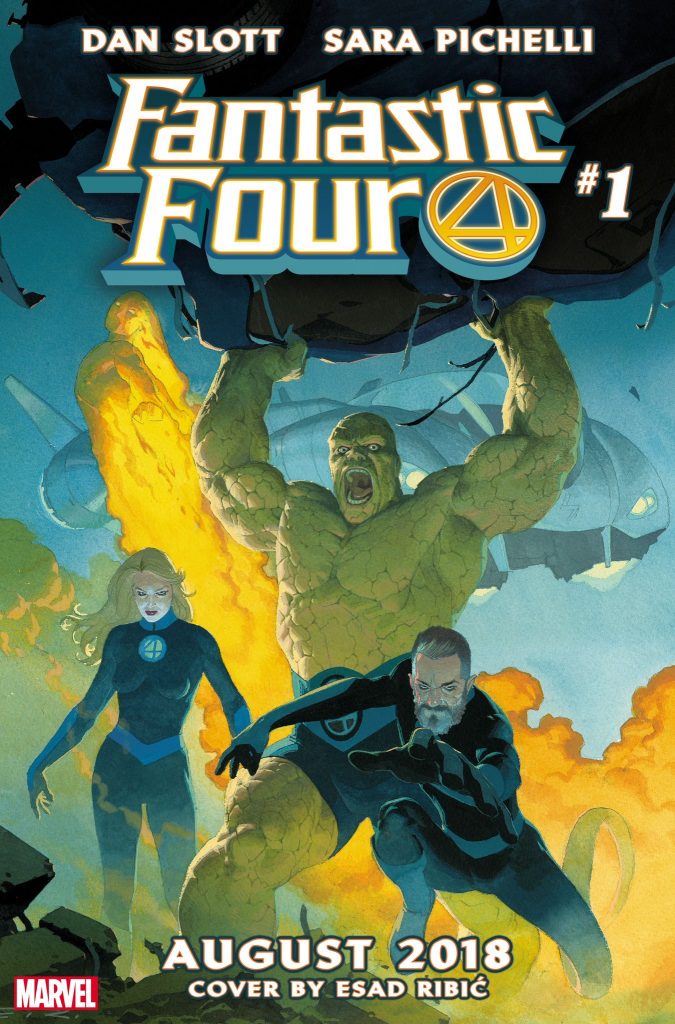