With Runaways, Marvel’s series about teens who ditch their families after discovering their parents are supervillains, making the live-action jump to Hulu in 2018, it’s no surprise that the publisher would see now as prime opportunity to relaunch the comic. To that end, the House of Ideas teased an image today of Runaways mainstay and magic-user Nico Minoru. 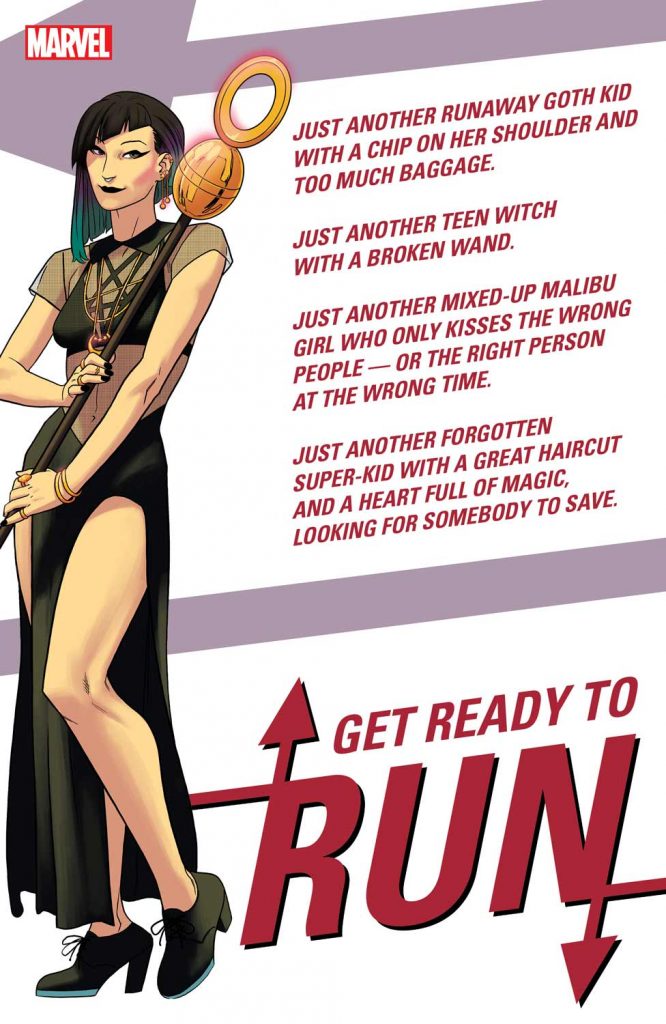 While the Runaways never had an official leader per se, Nico often carried the weight of the group’s de facto leader, so it’s nice to see that she’ll be back, despite her recent alliances with teams like A-Force. The redesign for Nico is fabulous and it’s nice that, despite the update, she’ll somewhat be keeping the goth aesthetic she’s had since her introduction.

It looks like the Runaways will be running home to Marvel sometime this year.