Creator Matt Kindt’s MIND MGMT is one of the most intricate, engaging, down-the-rabbit-hole reading experiences a reader can experience in the comics medium. Focusing on a government program of the same name, MIND MGMT from Dark Horse Comics follows Meru who is investigating amnesia in a group of plane passengers and how they came to have no knowledge of their identities. Meru’s sleuthing takes her to a larger, stranger world than she could imagine.

Now, Dark Horse is collecting Kindt’s story into an omnibus that will provide readers both with Kindt’s tale and additional material for folks who want to continue to chase the rabbit in a weirder, wilder continuum.

Mr. Kindt spoke with us recently about the omnibus, what readers can expect to find in the collection, how the omnibus provides a unique reading experience, and what is in the future for MIND MGMT. 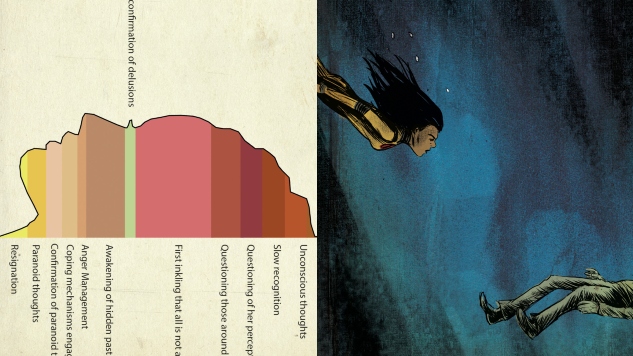 FreakSugar: Before we get to the omnibus, for folks not familiar with MIND MGMT, what is the conceit of the book?

Matt Kindt: Meru, a true-crime author is obsessed with the mysterious Flight 815 which, when it landed, was full of passengers that had no memory of who they were. This leads her to a much bigger story of a top-secret government Mind MGMT program. Her ensuing journey involves weaponized psychics, hypnotic advertising, talking dolphins, and seemingly immortal pursuers, as she hunts down the flight’s missing passenger, the man who was Mind MGMT‘s greatest success–and its most devastating failure. But in a world where people can rewrite reality itself, nothing is really what it seems.

FS: What can readers expect to find in this new omnibus?

MK: The omnibus collects everything that’s ever been a part of the series. In the original single issues there were 2-page stories that appeared on the inside front and back covers as well as fake-ads on the back covers that were really part of the story added shading and color to each chapter that they appeared in. Those story pages have never been re-printed so this is the first time you’ll be able to read all of those if you weren’t reading the single issues as they came out. Overall that adds up to another 72 pages of story. At the time I felt like those extra pages were a reward for readers that followed along every month. I wasn’t going to ever collect them. But it’s been a long time since those issues came out and I started realizing that there are a lot of new readers out there that missed those single issues. They’re kind of hard to track down now – and a lot of those extra story pages weren’t just throw-away stories…they really add to the overall themes of the book so I thought it was important to finally have a definitive edition with everything in it. 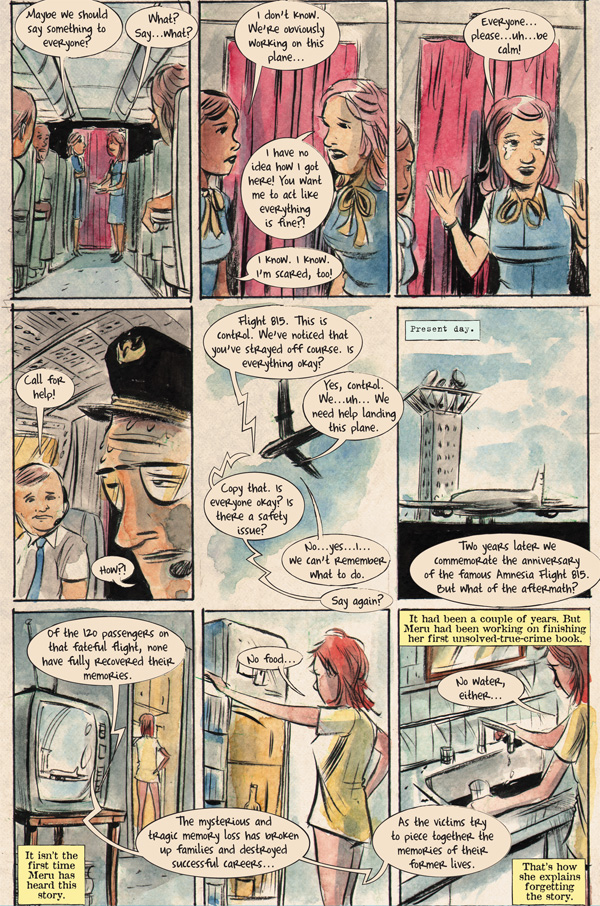 FS: Do you think the reading experience is different for new or older readers reading it in this form?

MK: Definitely. If you read it digitally or in the first collections – this is definitely going to be a different experience. The fake ads after each chapter are themed to individual moments and give the entire series a more immersive feel. And the extra story pages will give you insight into some of your favorite characters that you might not have seen before.

FS: Are there any extra materials that’s included in this new omnibus edition?

MK: In addition to the extra story pages and fake-ads – there are a lot of process pages and script excerpts as well as some on-line comic strips I did for MIND MGMT. I tried to put every extra piece of material I made over the three-year run into these books. If you’re going to read it – this is how to do it. 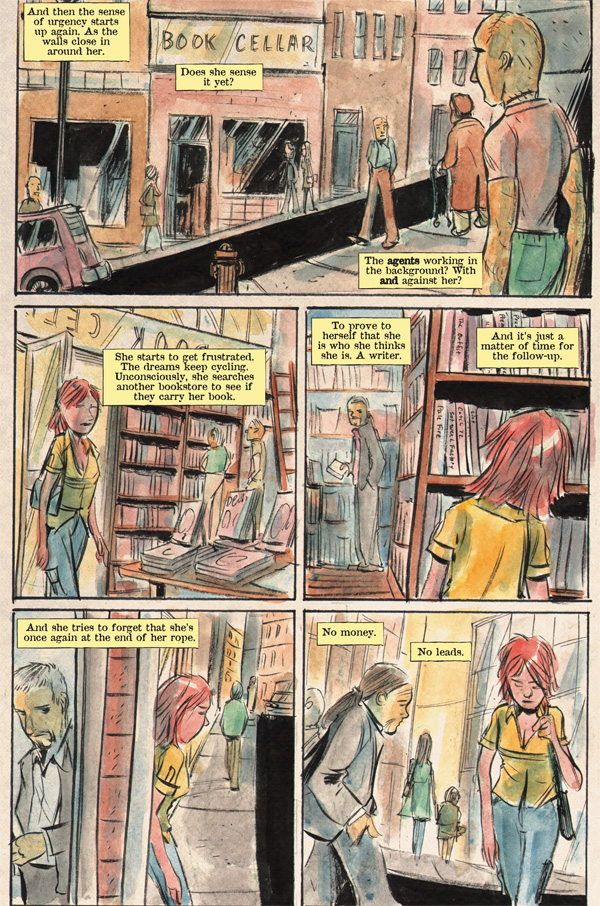 FS: Besides being entertained, what do you hope readers take away from this omnibus?

MK: This was really my Watchmen in a way. Everything I’d done up until this book was just working up to this. And everything after is kind of a reaction to it – ripples effects of this bomb I dropped. And it was in a window of my life where I had the energy and insanity to try to make a project like this – I literally did everything you see in this book – design, art, painting, lettering, writing. Three years, 36 issues, every month. I’m not sure I could do it again. I was definitely in a different mental space during these years that I don’t think I’ll ever be able to get to again. And I’m not sure I’d want to. So hopefully you’ll see all of that on the page – despair, inspiration, hope, raw ideas, a whole lot of work, and above all – a true love for the medium of comic books.

FS: Can you tell us what’s next for MIND MGMT?

MK: I’m developing a few MIND MGMT limited-series, partnering with other artists and I’m currently writing the pilot episode of the series for television.

The first part of the MIND MGMT Omnibus is on sale now from Dark Horse Comics. Part two goes on sale on Wednesday, June 18th.

From the official description of part one:

This globe-spanning tale of espionage explores the adventures of a journalist investigating the mystery of a commercial flight where everyone aboard loses their memories. Meru’s obsession with Flight 815 leads her to a much bigger story of a top-secret government Mind MGMT program. Her ensuing journey involves weaponized psychics, hypnotic advertising, talking dolphins, and seemingly immortal pursuers, as she hunts down the flight’s missing passenger, the man who was Mind MGMT’s greatest success–and its most devastating failure. But in a world where people can rewrite reality itself, can she trust anything she sees?

Merus hunt for answers about the dismantled government Mind MGMT program and its rogue agent Henry Lyme lead her to confront super spies, the competing mission of the deadly agent ”the Eraser,” and discover some buried memories of her own.