This November, the BBC is releasing big old collector’s sets featuring Matt Smith’s Doctor Who stint on Blu along with the collected Merlin. What follows below is the studio’s full press release for both sets, which will debut in November.

Keep an eye on FreakSugar during the week leading up to the Doctor Who release – we’ll be giving one lucky winner a copy of the set to own! 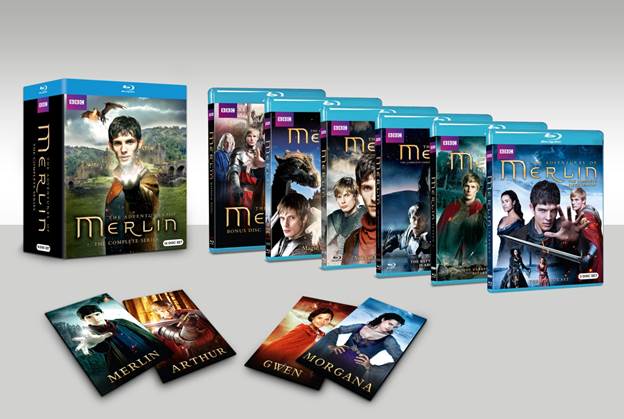 New York – September 17, 2014 –  BBC Home Entertainment is returning to Camelot this holiday season with Merlin: The Complete Series, arriving onto shelves for the first time as a complete box set on November 4, 2014 on Blu-ray and DVD. Starring Colin Morgan (The Fall), Katie McGrath (The Tudors), Anthony Head (Buffy the Vampire Slayer), Bradley James (Fast Girls) and featuring the voice of John Hurt (the Harry Potter films, Doctor Who),  Merlin is the BAFTA-winning retelling of the fabled Arthurian legend that amassed a cult following over the course of five action-packed seasons of swordplay and sorcery. Now the complete series is available together in one regal collection, on Blu-ray (including Seasons One-Three, which have never before been released on Blu-ray) or on DVD, along with a disc of all-new bonus footage and a set of exclusive collectible magnets. Featuring legendary adventures, thrilling stunts and terrifying monsters, this collection is the perfect gift for any lord or lady on your list. From creators and writers Julian Jones (Atlantis, Between The Lines), Howard Overman (Atlantis, Misfits) Johnny Capps (Atlantis, Demons), Julian Murphy (Atlantis, Robin Hood) and Jake Michie (Hex).

In addition to the collectible magnet set, the collection includes an exclusive bonus disc featuring: 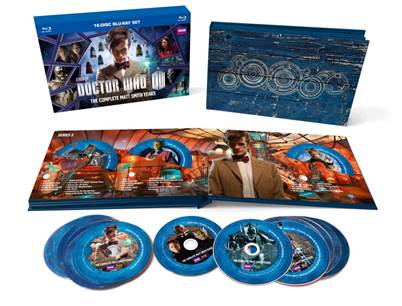 “I will not forget one line of this. Not one day. I swear. I will always remember when the Doctor was me.”

New York – September 17, 2014 –  BBC Home Entertainment is pulling out all the stops with one massive collection in honor of the Eleventh Doctor and the man who portrayed him with the release of Doctor Who: The Complete Matt Smith Years Limited Edition Blu-ray Gift Set, landing on shelves in time for the holidays on November 4, 2014.  Matt Smith made his first appearance as the Doctor in 2010, and went on to star in three seasons of the iconic British sci-fi series, written and executive produced by Emmy® and BAFTA winner Steven Moffat (Sherlock, The Adventures of Tintin).

The set features the complete adventures of the Eleventh Doctor – every season, every special, every episode. It also includes, for the very first time on a special bonus disc, Doctor Who Proms 2013, The Day of the Doctor: From Script to Screen, The Five Doctors Reboot and Doctor Who: The Ultimate Guide. And it wouldn’t be a complete set of Matt Smith’s appearances without also including the two part special Sarah Janes Adventures: The Death of the Doctor.