Matthew McConaughey has been on quite the upward acting trajectory of late. Earning accolades for his performances in True Detective season 1 and the films Interstellar, Dallas Buyers Club, and The Wolf of Wall Street, as well as a rumored connection to the development of a theatrical adaptation of Stephen King’s The Stand, McConaughey appears to be taking these opportunities he’s created to flex his thespian muscles even more, as seen in the latest trailer for STX Entertainment’s Free State of Jones. The film, set to hit theaters in May, is based on the true story of Newton Knight, a southern farmer who organizes an uprising to break away from the Confederacy.

The role seems tailor-made for McConaughey, who utilizes both his accent and his innate penchant for defiant individualism to pour an authenticity into the character that other actors might not be able to convincingly evoke. McConaughey’s current creative renaissance seems to be the result of a culmination of an actor getting to finally stretch his legs and I’m appreciating it and hope the ride continues for a goodly bit. 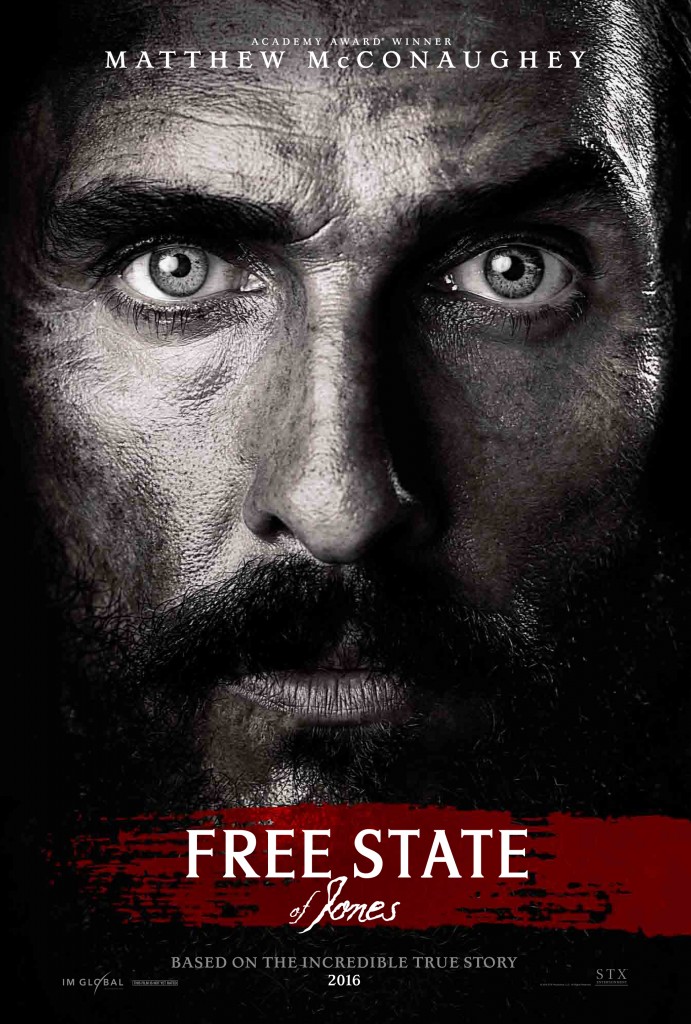