If you’re looking for comic book stories by women centering on strong female protagonists, Emet Comics deserves your attention. The Los Angeles-based publisher is having a huge month: In addition to having produced books like the critically-lauded The Wendy Project and promoting Kickstarter campaigns like the one for Ida Neverdahl’s Jelly Vampire, Emet Comics is getting distribution for its series Fresh Romance and Finding Molly through Diamond Comic Distributors.

The mastermind behind Emet is Maytal Gilboa, applying her work in animation and film to build Emet from the ground up. Ms. Gilboa spoke with me recently about the genesis of Emet Comics, the mission statement behind the books, and what we can expect from the publisher moving forward. 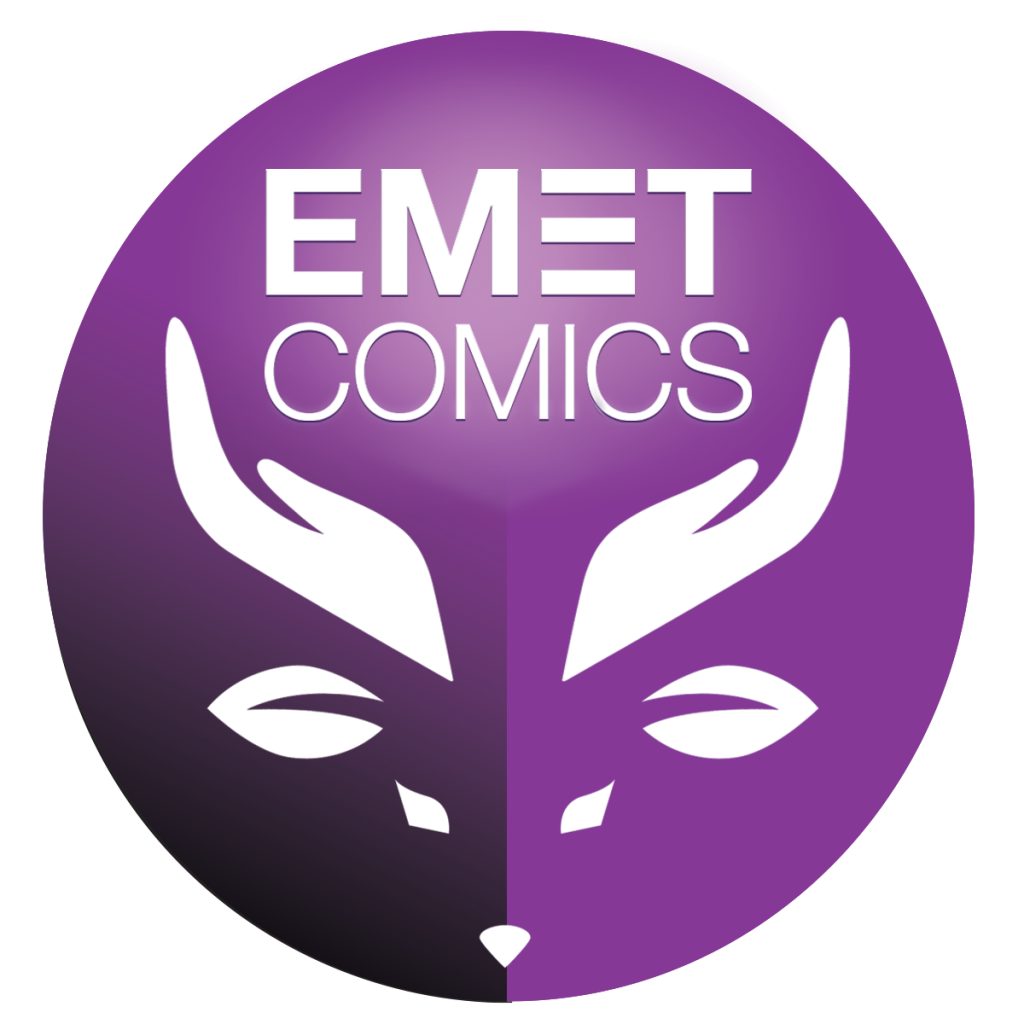 FS: Emet Comics is having a big month, both with the Kickstarter for Jelly Vampire and with Fresh Romance and Finding Molly getting Diamond distribution. For folks reading, what can you tell us about Emet Comics?

Maytal Gilboa: Thank you! Yes, it’s been a busy month!

I founded Emet Comics in 2015 to create a platform for female creators and to tell stories about empowered female characters. Over the last two years, we have self-funded the creation and production of seven series including Finding Molly: An Adventure in Catsitting, Fresh Romance Volume 2, Verona, The Wendy Project, Zana, Spoilerland, and Inside the Loop.

We’ve successfully run two Kickstarter campaigns, and we’re currently running our third Kickstarter to fund the printing of Jelly Vampire by Ida Neverdahl. Jelly Vampire features the radical life of Lulu Lulusen, an imaginative and unusual girl who embarks on countless darkly humorous, usually unicorn-filled, adventures. While Ida has been published in Europe, we’re hoping to grow her audience and publish her work here in the US.

But the think I’m most excited about – and you touched on it briefly in your question – is that we’ll be in Diamond catalog as of September! Prior to this, you could only buy our books from Amazon and our website, but now we’ll be available through comic shops as well! 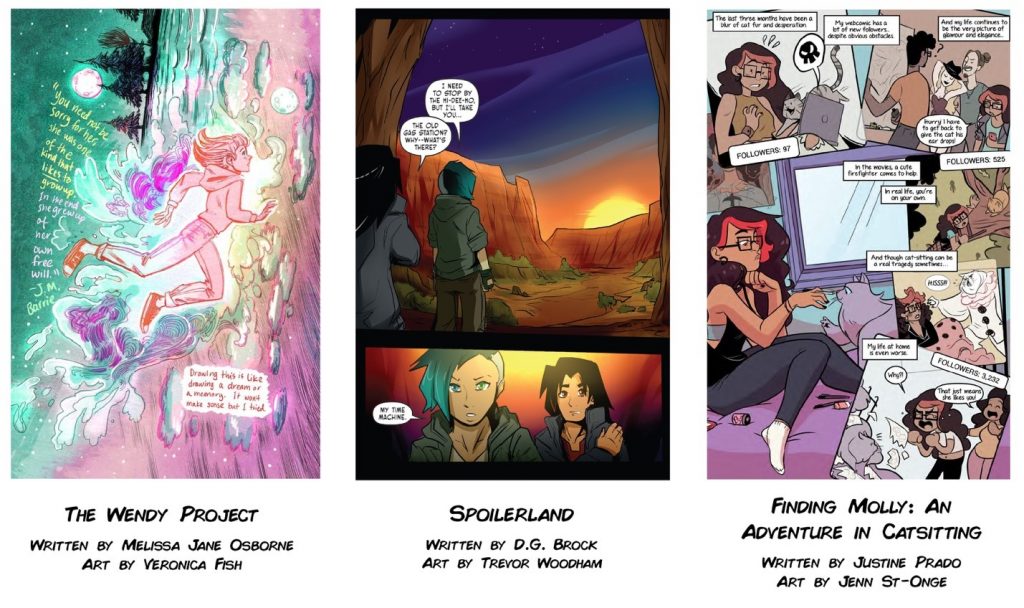 FS: How and why did you decide to found Emet Comics? What was that process like, building a comic book division from the ground up?

MG: While working in animation, I was constantly reading comics submissions for film and television adaptation. I realized that comics were a powerful way to showcase new writers and artists storytelling skills and potential, but that there weren’t many comics created by women. After doing some research I learned that there were many women creating comics, just most of them were creating independently outside of the industry. I started Emet Comics to give female creators a platform for their stories, and to create a space where women could find each other and collaborate. And, it’s been amazing to see these talented creators share their work with an audience that’s looking for more diverse and inclusive storytelling.

Another great thing about comics is the creative freedom it affords. We experiment a lot in our storytelling. There’s a huge range in what we do, and we’ve found that the women we’ve worked with are naturally inclined to bring diversity into their work. For us, diversity extends beyond a creator’s nationality or gender into the content of the work itself.

FS: Emet has a bevy of books that feature strong female protagonists. Was that one of Emet’s mission statements from the beginning?

MG: Yes. Our mission has always been to empower female creators and to depict empowered women and girls in our comics. An important part of that is showing that empowerment doesn’t necessarily mean having everything figured out. In The Wendy Project, a modern day retelling of Jim Barrie’s Peter Pan told from Wendy’s perspective, Wendy struggles with grief, guilt, and self-doubt after she loses her youngest brother in a car crash. In Finding Molly, recent art school graduate Molly must figure out how to balance practical things like work and rent with her passion and ambition. In Spoilerland, our sci-fi, time traveling action/adventure, physicist Maddie Blue has more answers than any of us (because she’s from the future), but is forced to deal with very real obstacles like climate change and partisan politics.

FS: In that same vein, the title selection that Emet offers has a range of subject matters, styles, and tones. It seems that there’s a concerted effort to give something for every type of reader and sensibility.

MG: Unlike most other content companies, we don’t have a creative mandate. Our only mandate is to create a platform for talented women who are excelling in their craft. That’s created a huge variety in the type of content we create. So, while The Wendy Project takes readers into the sketchbook of a young woman struggling to cope with the loss of her youngest brother, Zana is set in a future South Africa in which apartheid still goes on, and Jelly Vampire transports readers into the whimsical, darkly funny, unicorn-filled world of a 13-year-old girl.

FS: In addition to publishing books with strong female protagonists, the creators on your books is largely composed of women. Do you see Emet as a home for the various phenomenal women comic book writers and artists who need their voices heard and works seen?

MG: Yes! It’s important to work with new and promising creators and to give them the tools, guidance, and mentorship needed to move to the next level of their career. We’ve worked with a lot of first time comic artists and writers to help bring their ideas and creations to light. And, as a result, we’ve published half a dozen books with female creators at the helm! Many of the writers and artists we’ve worked with have gone on to work on major publications. After working on Finding Molly, Jenn St-Onge worked on Jem & the Misfists for IDW Publishing. Veronica Fish worked on comics like Archie, SLAM!, and Spider-Woman after illustrating The Wendy Project, and Justine Prado, who wrote Finding Molly, has gone on to write for Valiant Comics’ series Faith!

FS: You’ve had a wide varied career outside of comics, particularly in the film industry. How does that experience inform how you approach your work in the comic book world?

MG: I worked for three years at a talent agency, then for five years at an animation studio. So, I know how to bring creators together and to help the collaboration process, and I know how to tell stories visually from my experience with storyboarding animation.

More generally speaking, I witnessed the lack of opportunity for female creators and stories firsthand. Emet Comics was created to help break that barrier down. That’s why I’m so adamant about giving writer and artists creative freedom and allowing the market to dictate what works and what doesn’t (rather than relying on my own preconceived notions to determine what is and what isn’t “sellable”).

FS: Following up on that, does working in the comic industry let you stretch creative muscles that you might otherwise not have been able to use in the film world?

Zana, for example, would never get made as a film. Set in a future South Africa in which apartheid never ended, Zana is the story of two young women who must flee their small village after a vengeful ancestral spirit appears. That series earned the Dwayne McDuffie Award for Diversity in Comics, which was our first recognition as a comic publisher contributing to diversity in comics.

And Jelly Vampire, the comic universe of Norwegian Artist Ida Neverdahl, has benefitted from the complete creative freedom unique to creating comics. Ida has created a world in which anything is possible – her character, Lulu Lulusen, can be chatting with a Cosmic Unicorn God one minute and navigating the pressures of leading a secret society or confronting playground bullies the next.

Working in comics allows our creators to make bold choices and to dive deeper into the nuances and everyday hardships of their characters’ lives.

FS: What can you tease about what we expect coming out of Emet moving forward?

MG: Well, I’d say you can expect to see more books, more partnerships with bigger publishing houses, and new, fresh stories. And, if you back the Jelly Vampire Kickstarter today, you can expect some awesome rewards to make their way to you very soon!