The warrior princess known as Xena first appeared nearly a quarter century ago, yelling her trademark battle cry on the live-action Hercules television show. Portrayed by actress Lucy Lawless, she became an instant fan favorite, eventually starring in her own series and building quite the following. While the character has popped up in other media over the years, she’s back with a new comic series for Dynamite Entertainment, written by Meredith Finch (Rose). In Xena: Warrior Princess, Finch is taking Xena back to her roots, examining the character’s path to redemption and her first meeting with Gabrielle, who’ll eventually become a wonderful sidekick and loyal friend.

Ms. Finch spoke with us recently about the Xena reboot, her love of the character, and her vision for the miniseries. 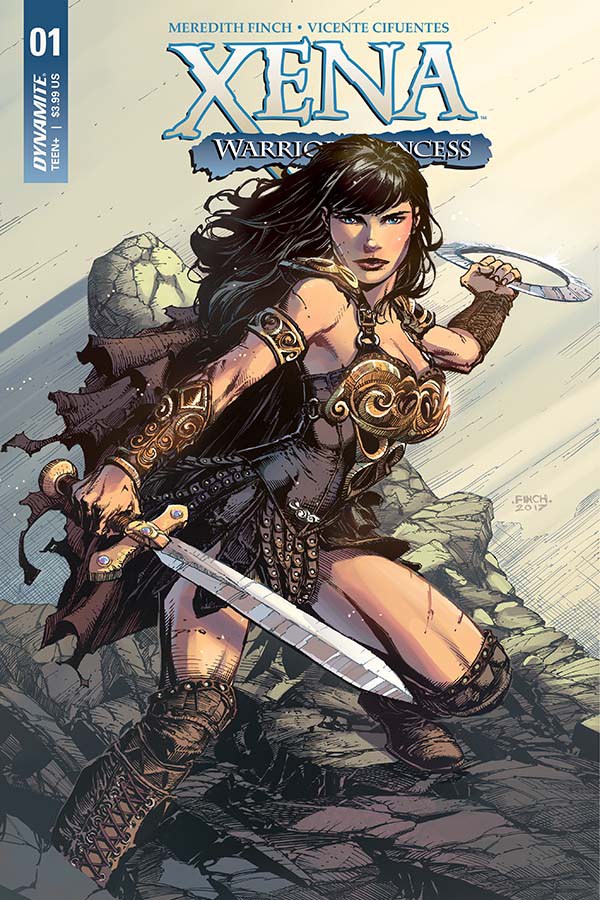 FreakSugar: Where do we find Xena at the beginning of the miniseries?

Meredith Finch: I really wanted this miniseries to pick up in essentially the same place as the original television series.  Xena has spent time with Hercules and has come to the realization that she has done some truly terrible things to people and it’s time for her to at least start to try to make amends.  This is really the beginning of her path to redemption.

FS: How did you become involved with Xena? Is this a project you’ve been wanting to tackle for a while?

MF: I had been talking to Nick Barrucci at Dynamite about doing a project with them, but we both really wanted it to be the right one.  When the idea of bringing back Xena came up, I knew immediately that this was the one.  I have always loved the fantasy genre and Xena in particular since she was first introduced on The Legendary Adventures of Hercules. 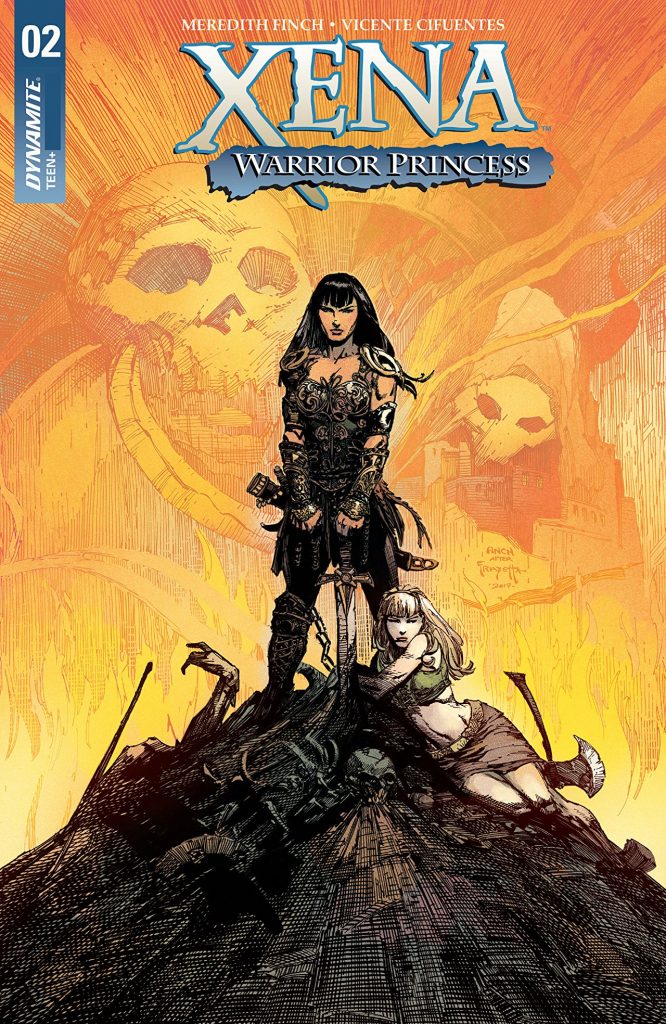 FS: As a kid, I remember regularly watching Xena and Hercules episodes on a regular basis on Saturday afternoons. Have you always been a fan of the character?

MF: No surprise that my answer to this question is absolutely.  When those shows aired there was really nothing like them on television.  There certainly had never been a female character on TV, that I had experienced, that was anything like Lucy Lawless’s portrayal of the Warrior Princess.

FS: In the first two issues of Xena, we see the warrior princess wrestling with her past and some inner demons that won’t keep quiet. How would you describe Xena’s headspace in this miniseries?

MF: We have all done things in our life that have made us feel embarrassed or ashamed. I tried my very best to tap into those feelings and then take it a step further as Xena realizes that everything she has done, and everything she has been, has come from a place of anger, and fear. I really felt that Xena would be trying to understand why, and where that would take her going forward.

FS: The comic also focuses on the first meeting between Xena and Gabrielle. You do a phenomenal job of showing how diametrically different their backgrounds and personalities are. What was the hook for you when deciding how to approach the origin of their friendship?

MF: Thank you. While Hercules starts Xena on the road to redemption, I have always seen Gabrielle as the key to her actually getting there.  Gabrielle is, in every way, the light to Xena’s darkness, and it was very important to me that we showed that in every aspect of who and what they are. But, this also has to be a relationship that is fun, and that you want to be a part of.  That’s why I really wanted to play up and almost overemphasize Gabrielle’s name and make her very “gabby.”  That also lets me really quickly show how her presence starts to change Xena.

FS: Callisto is introduced in issue 2. Where do we find her in this issue and what can you tease about why she’s popped up in Athens?

MF: The reboot was always about reintroducing the stories and the characters, in a way that felt familiar to readers that were already fans of the character but, in a way that was accessible to new readers. When I thought about Xena’s journey toward redemption, there is no villain from her past that more clearly symbolized that journey than Callisto.  She is absolutely about making Xena pay for her crimes, but Callisto also really clearly demonstrating the need for a character like Gabrielle, in Xena’s life. Gabrielle is there to bring balance and love to a heart that could so easily be filled with hate. 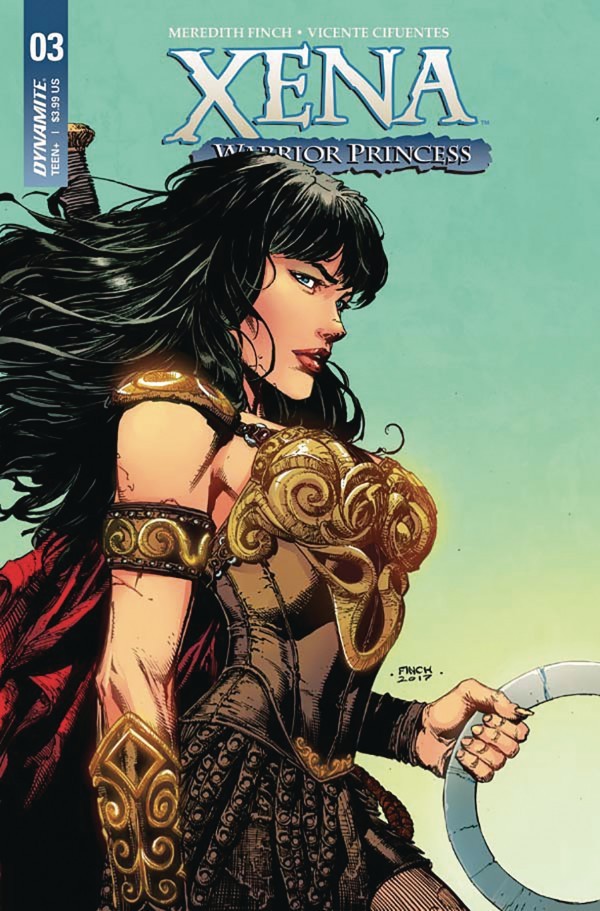 FS: Is there anything you can tease about what we expect to see moving forward?

MF: Fans want to see their Warrior Princess kick some serious butt and they are not going to be disappointed.  Vicente Cifuentes does an amazing job on artwork, and my girl, Triona Farrell, brings everything to life with her gorgeous colors.  This book is a treat for old and new fans alike.

Xena: Warrior Princess #2 is on sale now from Dynamite. Issue #3 goes on sale Wednesday, April 11th, so you have plenty of time to catch up with issues 1 and 2!

Xena’s search for redemption at the temple of Eleos has unexpected consequences, and Gabrielle falls victim to one of the oldest tricks in the book. This unlikely pair will be forced to rely upon each other if they are going to survive their sojourn in the city of gods… if they don’t kill each other first.