Science fiction and romance tropes are often turned on their head, but rarely are they married in the way that creators Michi Chu and Archia of Very Very Bad Girls (VVBG) have managed to achieve in their hit webcomic Born Sexy Tomorrow, which you should definitely give a gander over at Tapas. Born Sexy Tomorrow follows the adventures of Blaze Glory, a swaggering space captain who has issues settling down with any of his romantic interests. Costarring with Blaze is the assassin cyborg J-450N (Jason) who has imprinted on Blaze, with all sorts of unexpected results. 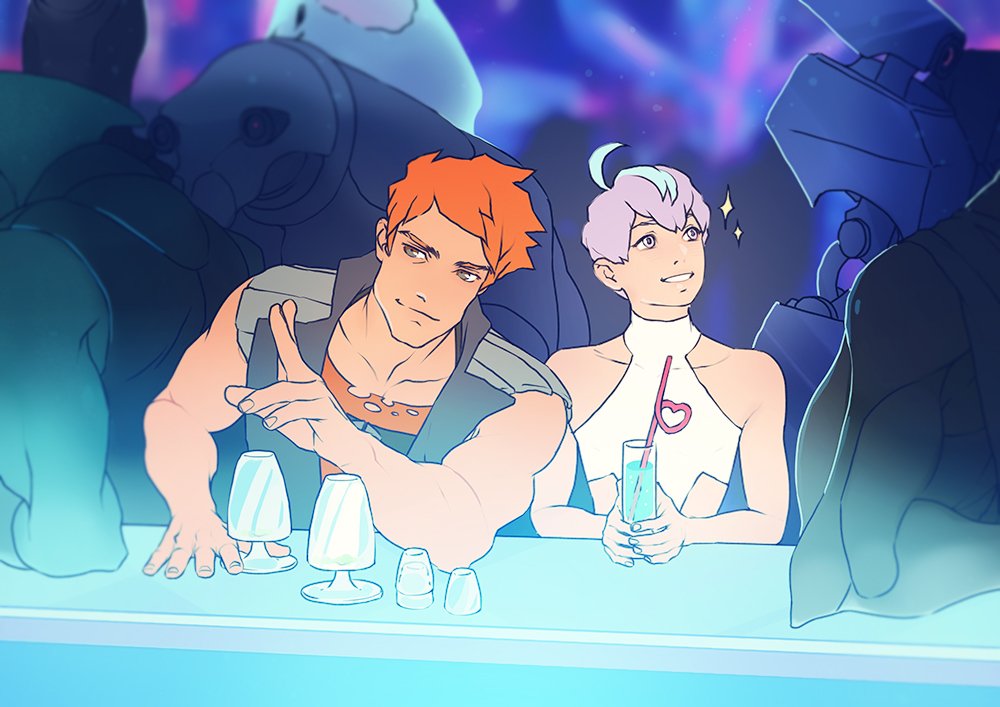 FreakSugar: For folks who might not be familiar with the series, what is the conceit of Born Sexy Tomorrow?

Michi: Born Sexy Tomorrow is a wacky sci-fi space adventure with a flicker of slow-burn romance!

It’s the story of Blaze Galaxy, self-proclaimed Defender of All Humankind –  a studly space captain who, despite his massive muscles, can never defeat his fear of commitment,  and J-450N (Jason), the adorable assassin cyborg who imprints on him.

FS: The series has such a robust cast. What can you tell us about the characters we encounter in Born Sexy Tomorrow?

M: Our hero, Blaze Galaxy travels the universe seeking thrill after thrill, so that he never has to address the fact that the biggest void in space is the metaphorical one inside himself.

J-450n is an innocent weapon of mass destruction, with an infinite capacity for love. 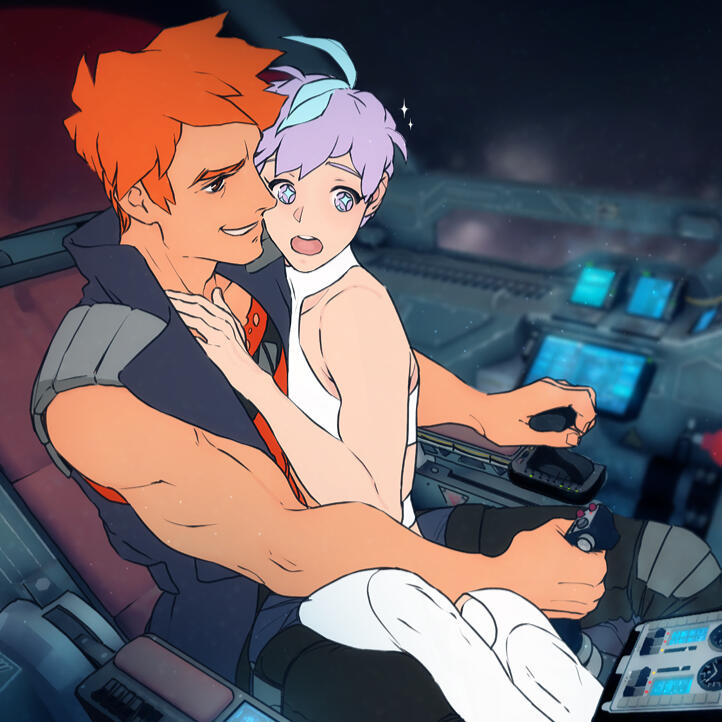 The other characters consist of the various alien species that Blaze has both befriended and betrayed throughout his turbulent past. From nightclub-owning crimelords to deadly mercenaries, lovers old and new, there’s a whole slew of beings throughout the universe who Blaze has screwed and screwed over.

FS: Born Sexy Tomorrow blends so many elements and genres and they sing in concert beautifully. What is your inspiration behind the series and how do you approach the storytelling?

M: We are inspired by retrofuture aesthetics, space gun battles that go pew pew, and mankind’s unending ambition to explore alien planets and have intimate encounters with the beings that reside there.

Born Sexy Tomorrow was our first foray into the world of longform, professional webcomics. We approached storytelling as Blaze Galaxy approaches a mission: in which there is an epic plan made with great confidence, and then a lot of improv on the fly, making mistakes that we later have to live with, working under intense pressure, and then finally, coming back to the plan and successfully completing the mission.

The goal is to see Born Sexy Tomorrow in print, with as many fun merch add-ons as possible!

We were fortunate enough to have the assistance of Rocketship Entertainment to put this Kickstarter together. As my partner and I are currently working on multiple comic properties, it would not have been humanly possible for us to pull this off on our own! 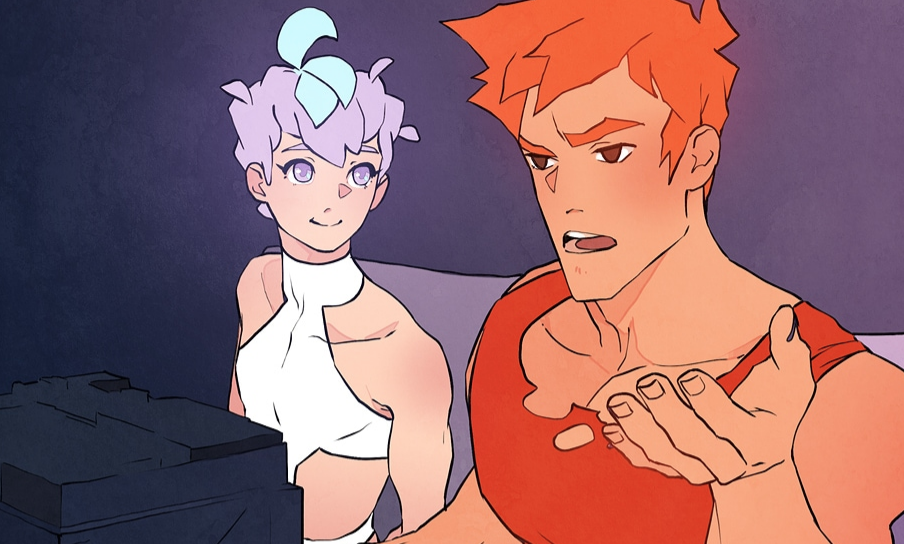 FS: What considerations—if any—did you have to make when adapting the story from digital to print for the Kickstarter?

M: BST was originally drawn for vertical scroll format. This format was popularized by Korean webtoons and manhwa, and it revolutionized the comic industry in S. Korea, as it enhanced the experience of reading on mobile phone. There’s a lot of cool effects you can do with vertical scroll, since the use of gutter space directs the reader’s eye and affects the pacing. Oftentimes, panels are compared to shots in a movie, and there is a sensation of movement as the reader scrolls.

However, it’s almost impossible to print in a pleasing way. Panels have to be cut up and rearranged, resized, dialogue bubbles have to be moved, text has to be resized. It was a task so daunting that Archia (the artist) attempted to reformat the story herself and had to give up a month later, less than a third of the way through. As creators, time is our most precious commodity, and time spent formatting means time in which we’re not working on our stories.

If not for Rocketship Entertainment, we never would have been able to get a book print done to our satisfaction. Their design team provided this invaluable service for us and made this book possible.