A note from Ilana Turner, author of the following piece:

When FreakSugar reached out asking to re-run the following essay for Mother’s Day,  I reread it for the first time since I wrote it. It’s interesting to feel how, after another four years as a mother of two, my internal pendulum has so broadly and fully swung back the other way that it has swept away any visible lines in the sands of entertainment. Perhaps I’m once more able to watch all kinds of stories, even ones with dead babies—as I bluntly called them in an effort to face the thought of them—because I am now very much used to the omnipresent fear of my children dying or suffering great harm. While it remains a very real fear, the fear of losing children isn’t new anymore, and so, it already informs everything I watch and write and do and am. (Of the many plays, screenplays, and TV pilots I’ve written and co-written over the last four years, in more than one of them the death of a child is a central part of the story.) Or perhaps the pendulum swung because, as my children age, what has always been true is coming into crystal clear personal focus: everyone is someone’s baby. Killing off anyone has a devastating effect on those who love them. Or perhaps it’s that the broader spectrum of stories I now whole-heartedly embrace includes so many family movies (I cried like a baby at ONWARD) that when the kiddos go to bed, I crave stories that embrace the harsher realities of life because I can. It’s grown-up time.

Staring down my sixth Mother’s Day, I admit it: though once completely impervious to all manner of entertainment content including but not limited to blood, guts, and dark, dark stories, I have now drawn a line in the sands of entertainment. I call it my “dead baby line,” and it is like the Berlin Wall (yes, I’m antiquated) between me and all the shows, films, and plays in which babies die. Last night, after sobbing through a (five-month old) screener of BROOKLYN snuggled up to my freckled ginger of a husband, I promptly kissed Danny Boy good night and left him to watch GAME OF THRONES, the most popular show in the universe, alone. I haven’t watched GOT since the first season, when Joffrey had a bunch of women stand in a circle around him holding their bastard babies, who he then had murdered one by one. I left the oddly triangular living room in our then-townhouse and never tuned back in.

Before I had kids, I was able to objectively watch just about anything. The spiders in ARACHNOPHOBIA were, like, really well done. While my dear friend wept through the human despair in THE WRESTLER, I was intently watching stellar performances set against the history-making cinematic debut of “Sweet Child o’ Mine.” My own husband, the afore-mentioned Daniel, was so traumatized by watching JAWS at age three (I know, but it was his best friend’s Dad that was dumb enough to take a three year-old to JAWS and that’s a whole different parent-centric essay), that he couldn’t take a bath comfortably until he was 11 years old because the porcelain tub looked to him like the open mouth of a Great White — and I was just never like that. Performing the play FEN, I was murdered and stuffed into a cabinet, and I thought my Mom was totally over-reacting when she told me she had a hard time with the scene. “It’s just a play, Mom! A story!” Jeez, lighten up, I thought with an eye roll because I was young then, and young people roll their eyes at their Moms. (Actually, even pre-kid, anything with eyeballs — eyeballs getting poked out, eyeballs popping, eyeballs on trays near a creepy guy like in THE CROW — made me squirm, because eeewwwww. But really, eyeball gore is rare.)

Post wee-ones, though, it is a mere thought that sends the coldest of chills straight to my gut and makes my heart pound. It is the simplest, most-terrifying of thoughts, the thought that I’d wager all parents try not to think. It is the thought of a child dying — really, of my child dying. (Even typing that sentence was nauseating.) Separating what I know to be fiction from reality no longer matters. It doesn’t matter that I know the actors in any given film get to back to their trailers, and wash off their makeup, and go out for drinks or home to their families or to Pilates, it matters that babies do die. Kids die. And that thought is far more horrible than the ice zombie White Walkers from the North (or so I’m told…)

Let me be clear, it’s not that I think pregnancy and birth should be uber-sacred and no-fun. Whilst pregnant with both of my girls I was in the comedic hip-hop videos Bun in the Oven and Bun in the Oven: the Rebirth. I also happily binge-watched BREAKING BAD while gestating my second, and still loved BLUE VELVET ear and all — no Disney fanatic am I — it is strictly dead babies and kids that I cannot handle.

Now, we all know the basics of pregnancy: the baby grows, the mother’s body prepares for birth, and the parent(s) prepare to greet their first kid, their last kid, or maybe a middle kid (which I can’t personally even fathom because I am too exhausted from dealing with two kids to even type this well — seriously, two thumbs-up for auto-correct). But what I think nature really does in pregnancy is tear down all the mother’s carefully constructed walls of imperviousness, turning a formerly unshakable woman into one with a thick, intractable dead baby line that might as well holler “Nooooooo!” with every sideways glance at a kid. All the energy it took to be Spockishly logical was diverted into tiny organ generation, and I was — and still am, six & two years postpartum — left feeling wholly, nakedly empathetic to the scared, crying, joyous, and all-too-often tantrum-throwing children that emerged.

So, while I’ll likely never see RABBIT HOLE, nor watch or read ORDINARY PEOPLE or THE LOVELY BONES ever again, I do get to celebrate a holiday dedicated to the role I now play as far sappier pop culture consumer, from inside tiny, warm hugs. 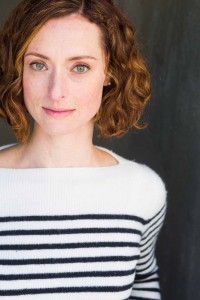