Attempting to categorize the 2017 film Colossal—directed by Nacho Vigalondo (Open Windows) and starring Anne Hathaway (Rachel Getting Married) and Jason Sudekis (Ted Lasso)—is a bit impossible. Is it a comedy? To be sure, Hathaway’s Gloria finds herself back in her hometown with a group of friends, including Sudekis, having madcap, sometimes-comedic adventures. But is it a drama? Gloria is grappling with addiction, failure, and disconnection from others throughout the film, issues ripe with pathos. But is it also a comment on toxic masculinity and false “nice guys” who prey on women in the name of friendship, as seen in Gloria’s male relationships throughout the movie? Maybe it’s a horror film? After all, Hathaway’s movements and foibles are connected to that of a kaiju rampaging across Seoul, South Korea.

Maybe it’s all of these things. And, according Vigalondo, that’s part of the point. Life for Gloria—and us—isn’t easily categorized. It’s messy and it’s not something to pigeonhole or put into a neat box. Back in 2017, during the week of the premiere of Colossal, Mr. Vigalondo spoke with me about just that and the genesis of the film.

[Editor’s note: Shortly after the recording of this interview, the electronic file was shown to have been corrupted. It was recently recovered and thus we publish our conversation with Mr. Vigalondo now.]

FreakSugar: How long had the idea for Colossal been gestating?

Nacho Vigalondo: Actually, many years. I remember that I wrote the premise and the characters and the arc about three-to-four years ago. A different draft was made and it was pretty easy. Production was underway quickly and Anne Hathaway wanted to be involved in the process right away.

FS: The entire cast is phenomenal. Anne Hathaway and Jason Sudekis are incredible.

NV: Yes, they are holding the whole movie on their shoulders. Again, the movie is held up by them.

FS: Anne’s role reminded me of her role in Rachel Getting Married. And Jason Sudekis really surprised me in the film. How did they become involved?

NV: They both came pretty soon to the process. They jumped on right away. I consider myself lucky to have them to want to work with us.

FS: I like how the movie dealt with different types of monsters: internal monsters like self-destruction and the actual physical monster. What was the process like to streamline the metaphorical and physical monster in order to get across what you wanted to say?

NV: When I wrote the premise about the avatar doing Anne’s movements in an exact way, I knew you could go different ways with it and interpret it differently. In the early draft, there were just two main characters and that was it. Once we decided that it would be a woman as the main character and that she would be doing the fighting—figurative and literal—with her fists, the movie became a lot more interesting. She’s fighting a male who is scary in how he acted toward her, and it became much more interesting to me. I became very invested.

FS: Tonally, it takes so many twists and turns. It’s not quite a horror film or a comedy. It’s like life. It has so many shades of grey.

FS: On the monster side of the film, how did you decide on the look of the creature? 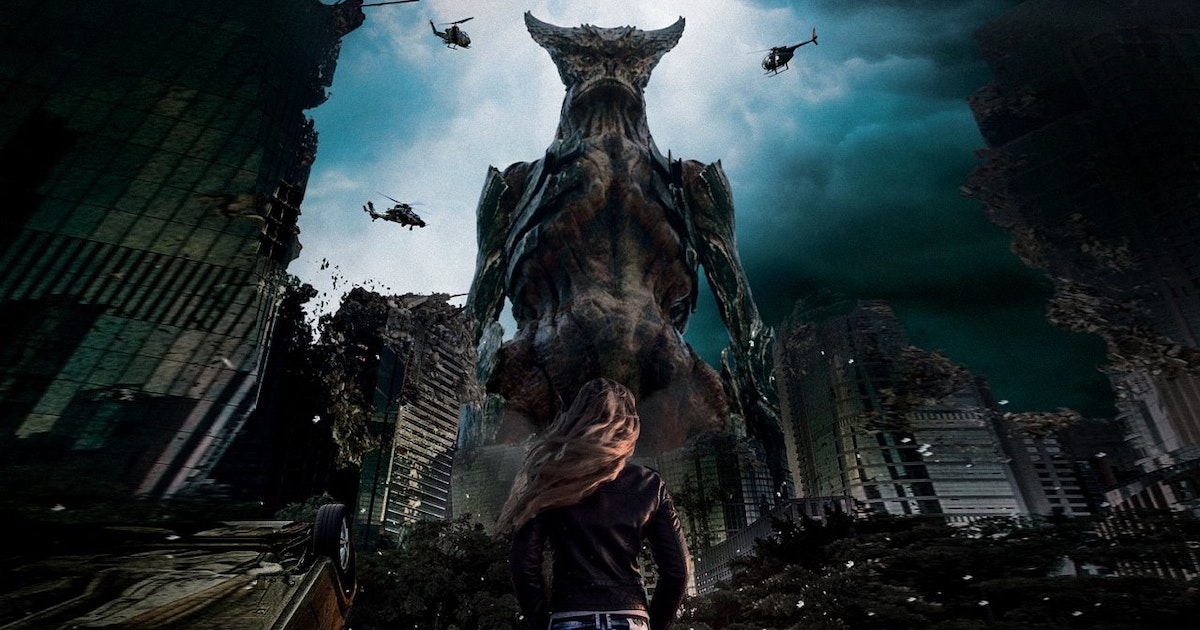 NV: That’s an interesting question. On the one hand, you want the characters to move the story where you want it to go. On the other hand, you can’t make a character just because you want it to be a villain. There has to be a reason. There has to be a “why.” The environment that makes a character a villain has to make sense. That’s real life. The story has to show over time why we behave why we do. One of the most interesting things about the film is that one of the characters you don’t want to become evil becomes evil. That happens in movies and in life.