Sweet Tooth, the Netflix series based on the DC Comics/Vertigo comic by Jeff Lemire, debuted in 2021 with a timely tale of a populace dealing with a worldwide pandemic known as “The Sick.” While Sweet Tooth was not created during the days of the current COVID-19 pandemic, its themes echo throughout the comic and the show.

As result of The Sick, much of the world’s people were decimated, while some babies were inexplicably born as human/animal hybrids, resulting panic and prejudice. In the midst of the pandemic, there are always those who want to help or hurt those caught in the middle. One such person is Dr. Aditya Singh, portrayed by Adeel Akhtar (Ali & Ava), who is working to find a cure for The Sick. Meanwhile, General Abbot, portrayed by Neil Sandilands (Desert Rose), pursues the extermination of hybrids like the titular Sweet Tooth.

I had the opportunity to speak with Mr. Singh and Mr. Sandilands when Sweet Tooth debuted about how they became involved in the show, working with showrunner Jim Mickle, and how they get into the headspace for their characters.

FreakSugar: Thank you so much for speaking with me today!

Neil Sandilands: Thank YOU! That’s quite a beard you’re sporting there, mate.

FS: It’s getting a bit quarantine-y. [laughs] You have quite the beard yourself.

FS: How did you both get involved with the series?

Adeel Akhtar: [Sweet Tooth series developer] Jim Mickle had found out what I’d done and he rung me up and told me about it. And we had a long conversation about themes and what he wanted to achieve with it. He was on point with the first bit of it. He had good instincts and he followed through. I think Neil has more of a history with Jim, but he was so single-minded with his vision. 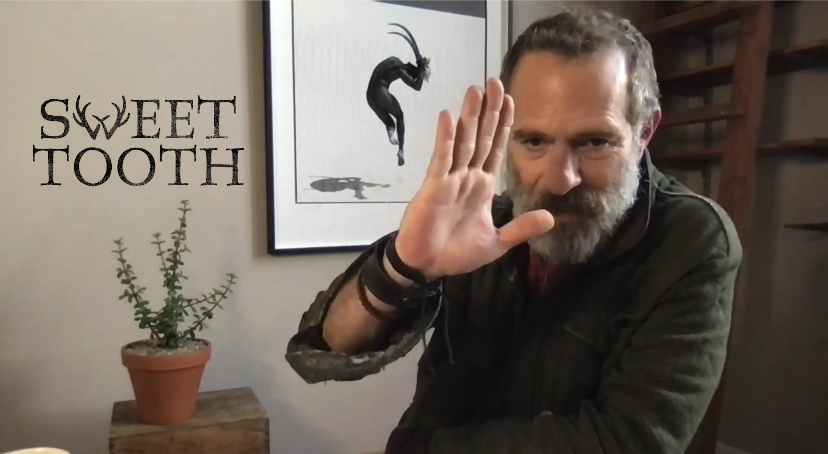 NS: I find Jim one of the most enigmatic figures to try and read. That being said, we did have the opportunity to work together about six years ago. Then I auditioned for the role. And like you [Adeel] said, you’re right on the money. He has a point of entry that he views the world with. It’s not an “in your face” because when he’s on set and works with people, he’s pliable. He’s not an authoritarian bloke at all. I think he’s just very, very perceptive.

FS: A lot of the material is timely for the age we’re living in now. And while your characters are very different, they are dealing with this heady material. How do you get into the headspace to portray your characters?

AA: For me, it’s pretty simple. With whatever character I’m playing, I have to find a thread of similarity; the idea that there’s this seed in the character where he feels just and right. It’s trying to find that and finding a prism to see the world through. It’s looking for those clues in the text that you can buy into. 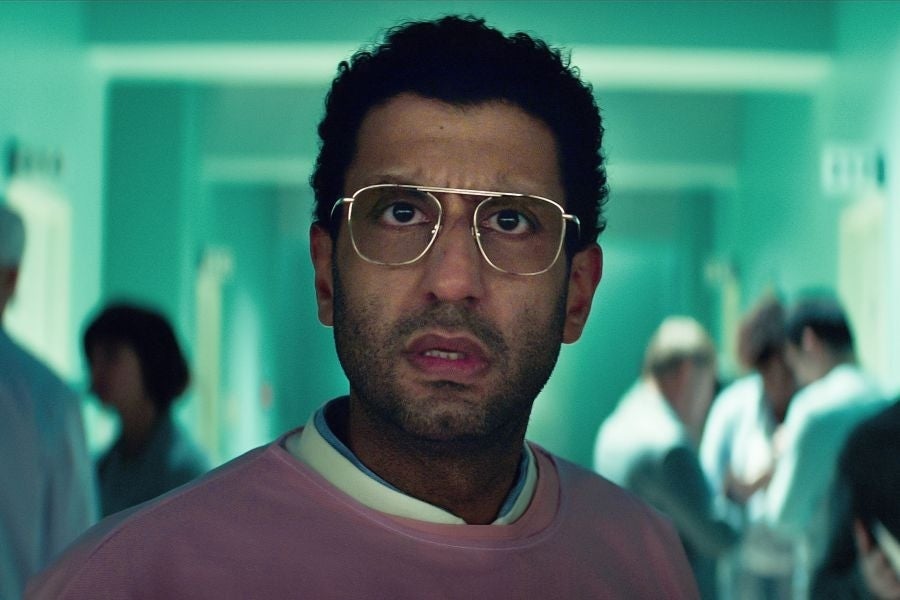 NS: For me, I tend to work very objectively. I try not to put a thumbprint on it and say, “This is my performance.” That leaves you open to be in the moment while you’re there. And you’re informed by all these other variables: what the other characters are doing, the costume design, the director of photography. It’s a monumental art form we’re working with, so I really like being informed by the totality of it. I think having lived quite a while, there’s knowledge you carry with you that you can access when the director goes “And action!”

Sweet Tooth season 1 is currently streaming on Netflix. Season 2 is currently filming, but there is no release date as of this publication. Neil Sandilands can be seen in the series Desert Rose. Adeel Akhtar stars in the romance Ali & Ava. Individual issues and issues of the Sweet Tooth comic series are available from DC Comics.