Given its strong first season and critical reception, it’s not much of a shock, but it’s nice to have confirmation: Netflix will be picking up Marvel’s Jessica Jones for a second season, the streaming service announced during the Television Critics Association press tour today. 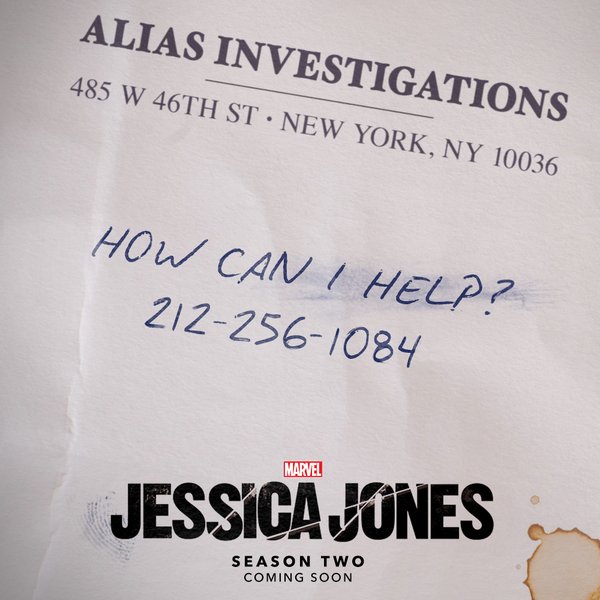 However, while the “if” is out of the way, the “when” is still up in the air, as scheduling for season two, starring Krysten Ritter, will be contingent on the release date of The Defenders‘ first season. The Defenders will bring together heroes Jessica, Daredevil (whose second season lands in March), Luke Cage (last seen in Jessica Jones and getting his own series this year), and Iron Fist, whose series is still “in production”.

This announcement comes off the heels of yesterday’s news that the Punisher, a vigilante in Marvel’s stable of characters and who will play a prominent role in Daredevil‘s second season, will also be getting his own Netflix original series.

The first season of Marvel’s Jessica Jones received several well-deserved accolades by many critics, including me, who felt that it wasn’t just good superhero fare, but expert psychological storytelling that happened to include super-powered characters.

While waiting for the second season of Marvel’s Jessica Jones, catch up on the first 13 episodes, as well as the first season of Daredevil, on Netflix.