Director Nacho Vigalondo’s new film Colossal, starring Anne Hathaway and Jason Sudeikis, is now in theaters worldwide. Following two story tracks that intersect in tragic and poignant ways–Hathaway’s Gloria’s emotional journey and the kaiju wreaking havoc in South Korea–Colossal is at times a comedy, a drama, a science fiction thriller, and a new lens through which to examine feminism.

The folks at Neon, the movie’s distributor, have just released a new–well, expanded–poster by artist Tim Biskup that, while not a spoiler per se, gives a nice wink to fans who’ve already seen the film. 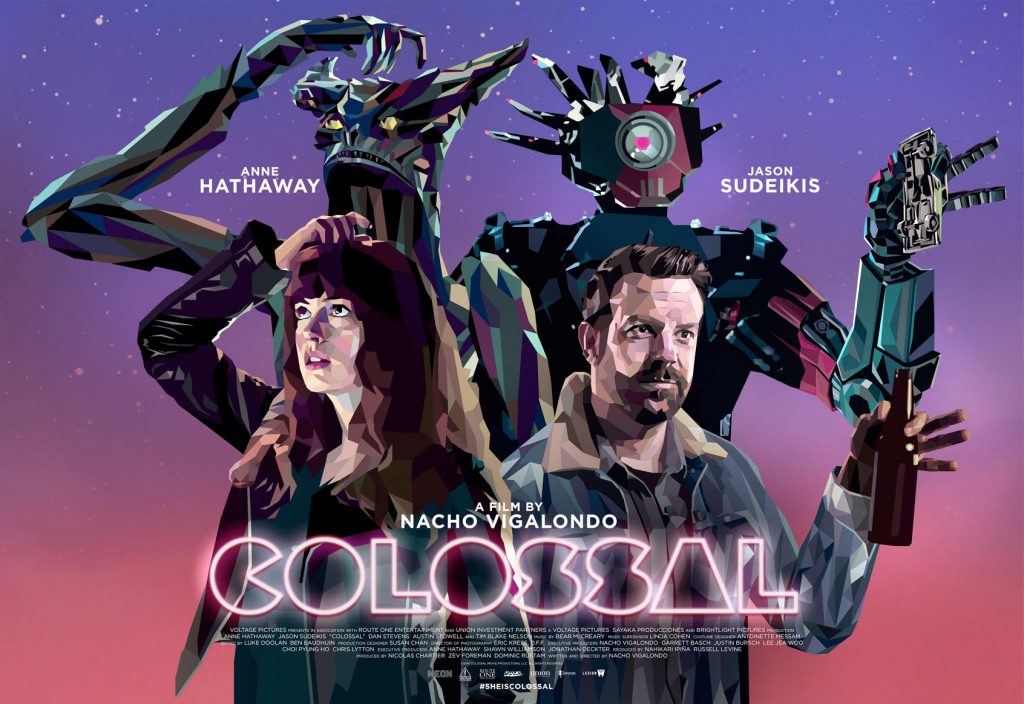 I’ve already watched Colossal three times, so I’ll stay mum so as not to potentially spoil y’all. However, beyond revealing plot details, the poster, an expanded vision of one we’ve already seen from Biskup, is gorgeous, with a composition that subtly conveys the character, both internal and external, of Hathaway and Sudeikis’ roles. 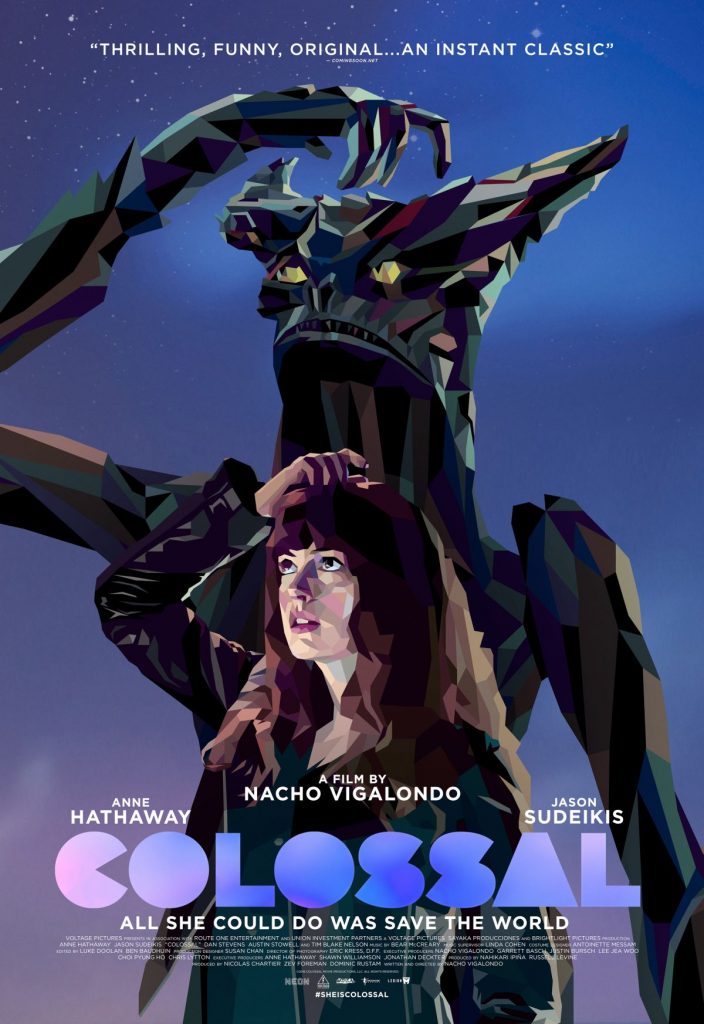 Colossal is now in theaters nationwide.

Gloria (Anne Hathaway) is an out-of-work party girl who finds herself in relationship trouble with her sensible boyfriend, Tim (Dan Stevens), and is forced to move back to her tiny hometown to get her life back on track. She reconnects with childhood friend Oscar (Jason Sudeikis), a good-natured bar owner with a coterie of drinking buddies (Tim Blake Nelson and Austin Stowell), and resumes her drinking lifestyle.

Meanwhile, on the other side of the world, a larger-than-life creature begins attacking Seoul, South Korea on a nightly basis, captivating spectators around the world. One night, Gloria is horrified to discover that her every move at a local playground is being mimicked on a catastrophic scale by the rampaging beast. When Gloria’s friends get wind of the bizarre phenomenon, a second, more destructive creature emerges, prompting an epic showdown between the two monsters.

Deconstructing the monster movie genre in wildly imaginative ways, writer-director Nacho Vigalondo (TIMECRIMES, EXTRATERRESTRIAL, OPEN WINDOWS) unleashes a fantastical tale that also triumphs as a wholly original and subversive romantic comedy. Featuring an empowering central performance by Anne Hathaway — playing a train-wreck fumbling toward redemption as she did in RACHEL GETTING MARRIED — COLOSSAL is that rare beast, the story of a woman battling for her survival and taking control of her own life in the shadow of two very different monsters on either side of the world.