Back in March, Marvel released artist Russell Dauterman’s characters’ costume designs for this June’s next big X-Men event, the Hellfire Gala! Inspired, in part, by the Met Gala, the Hellfire Gala will act as an event for mutants and humans to commune and get to know one another better after Charles Xavier and Magneto set a new status quo for mutantkind way back in House of X. However, like the Met Gala, the Hellfire Gala will allow mutants to stretch their imagination and peacock a bit with extravagant finery and garb that’s fabulously extra.

To get a peek at what other mutants will be decked out in for the Hellfire Gala, Marvel just released variant covers with designs by comic artists such as Valerio Schiti, Joshua Cassara, Marcus To, and Lucas Werneck! 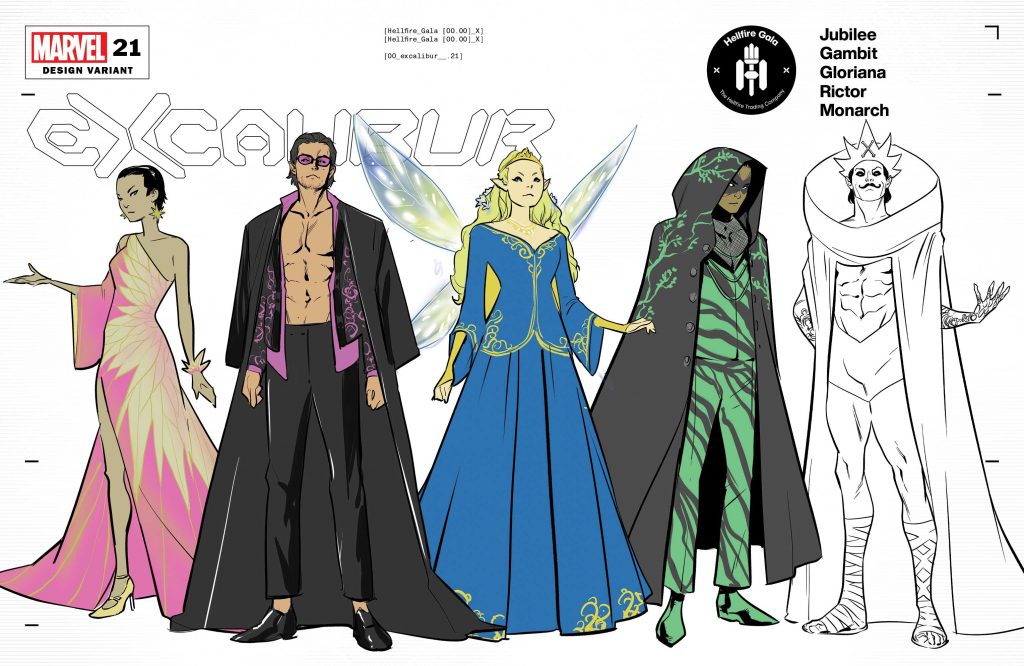 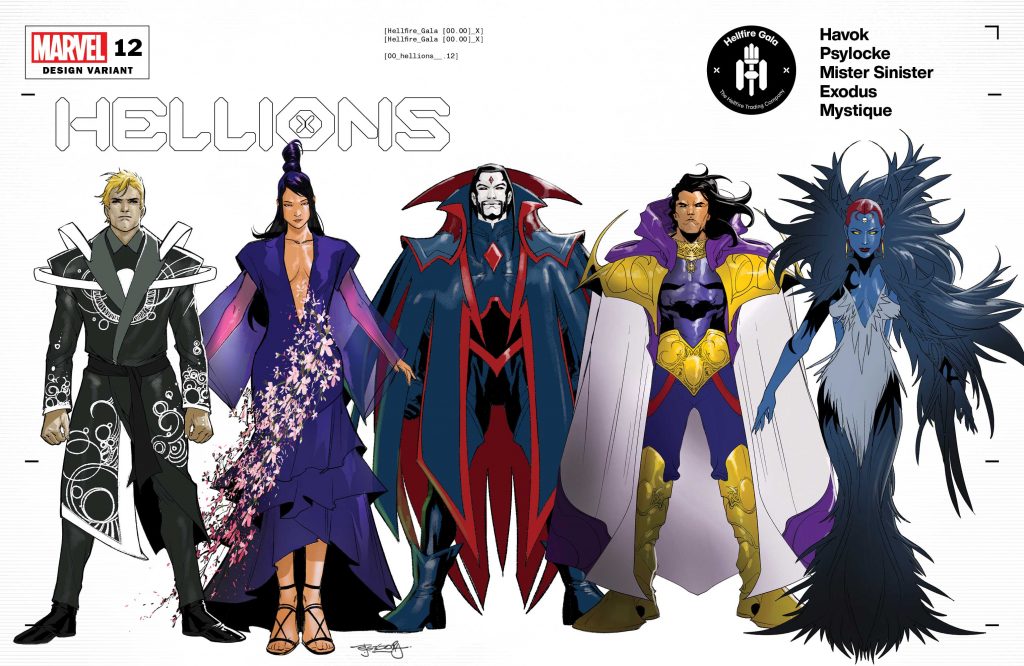 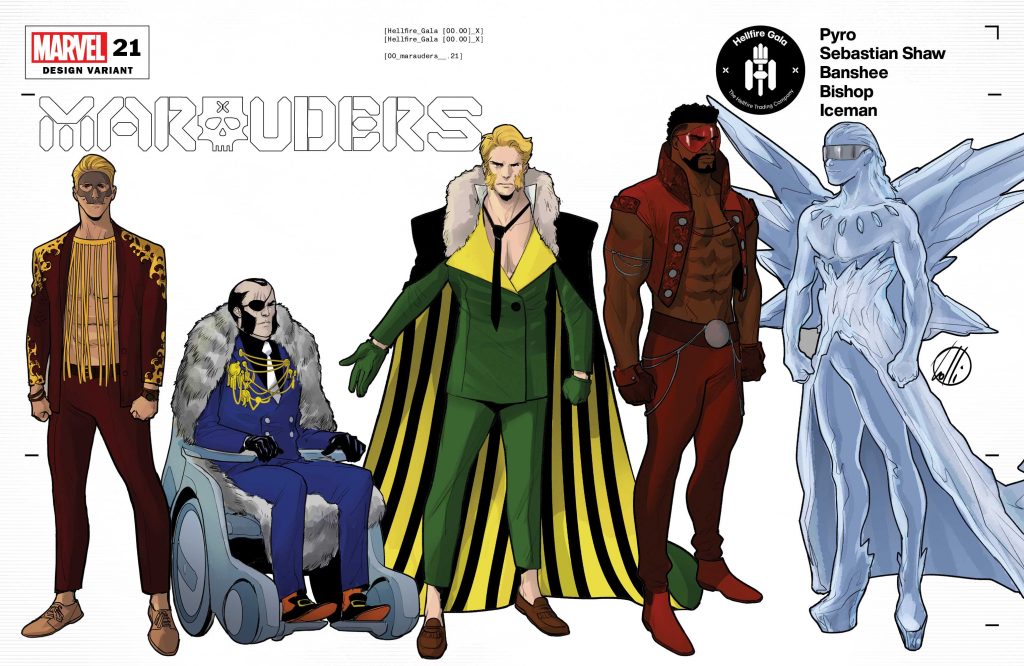 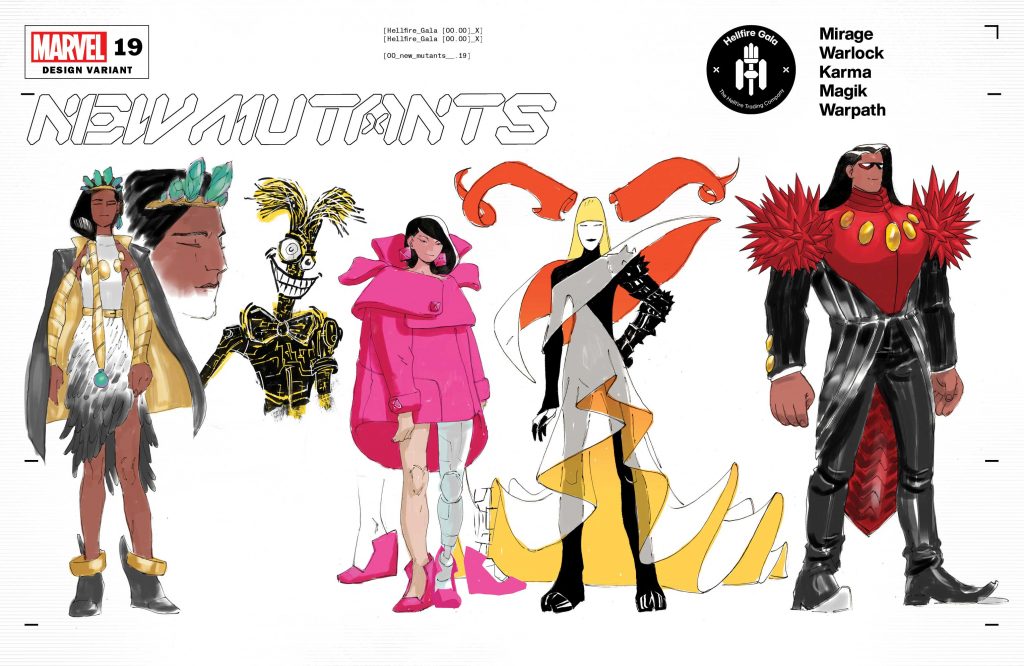 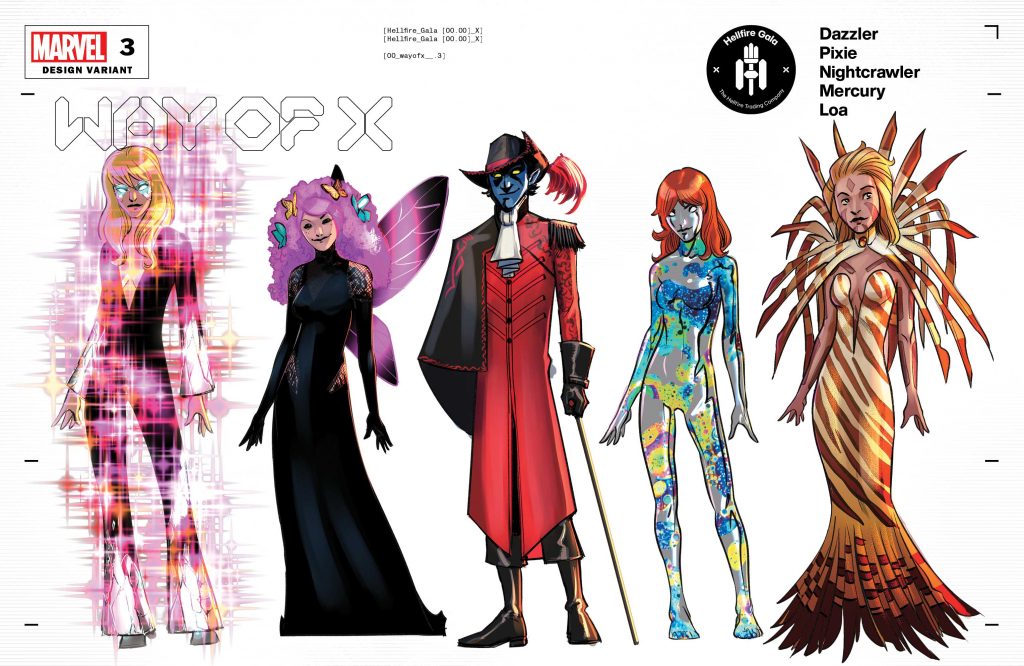 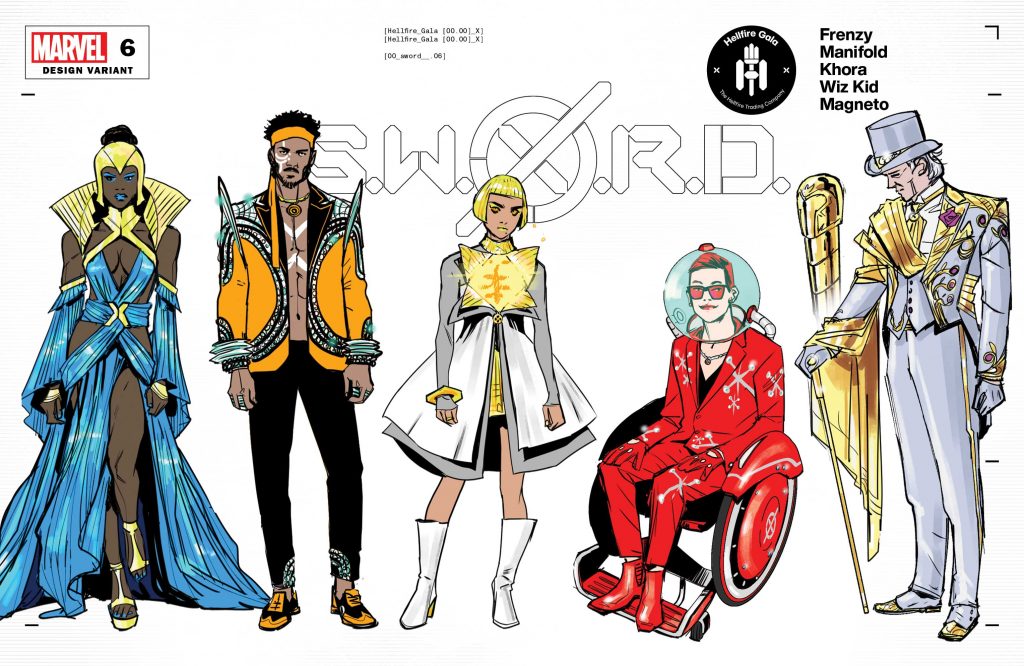 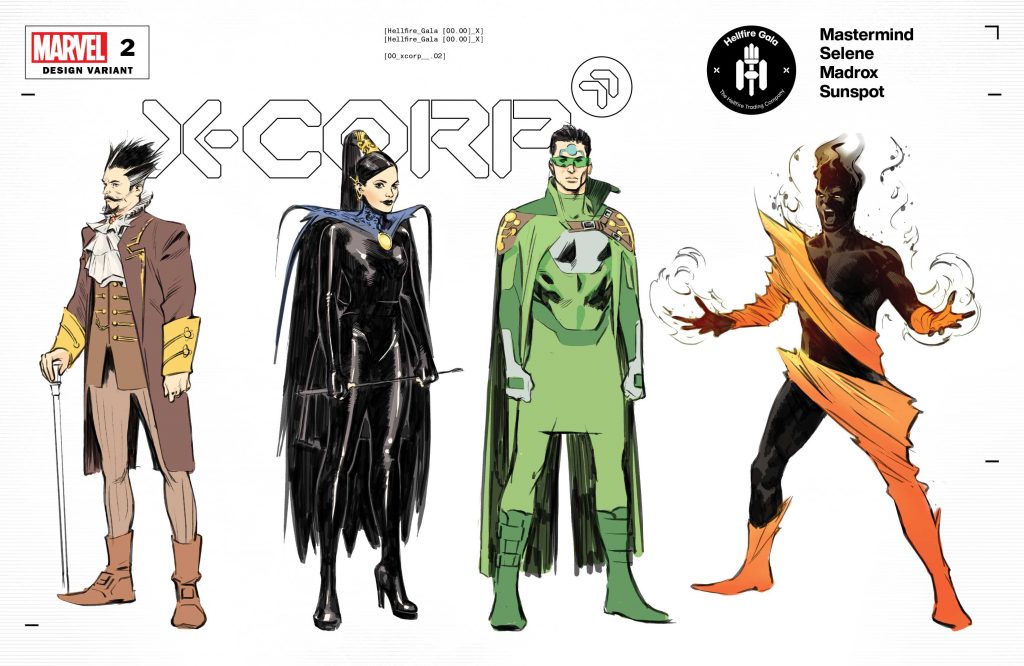 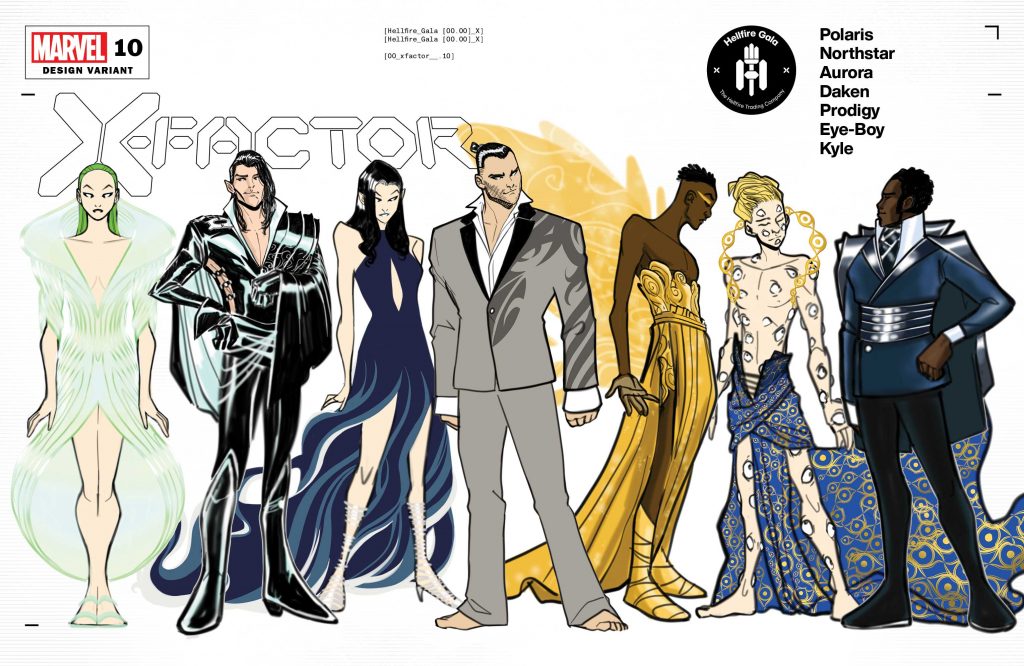 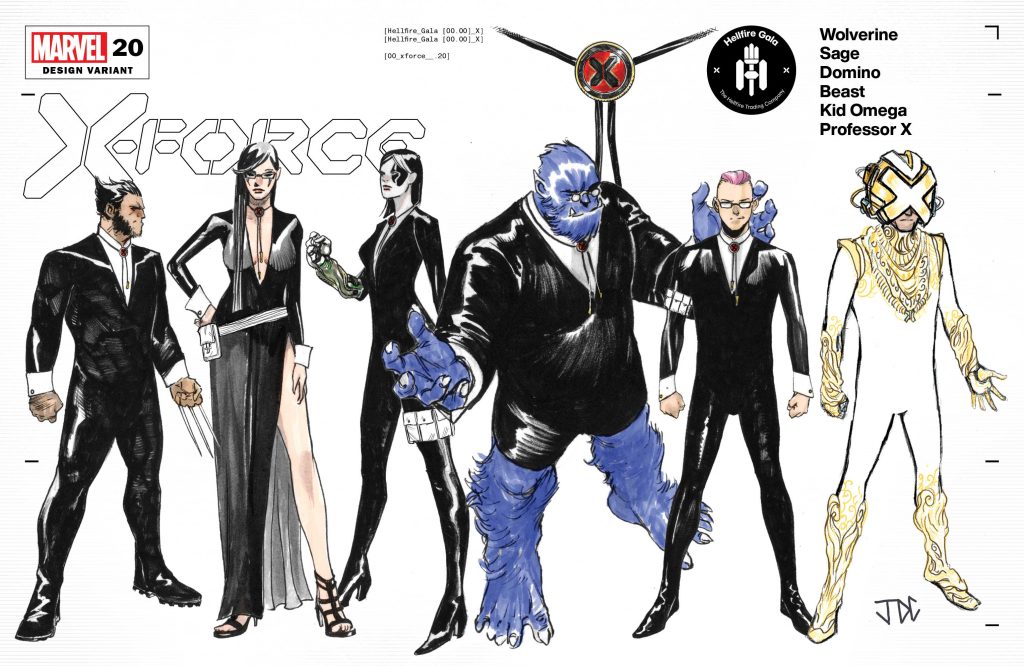 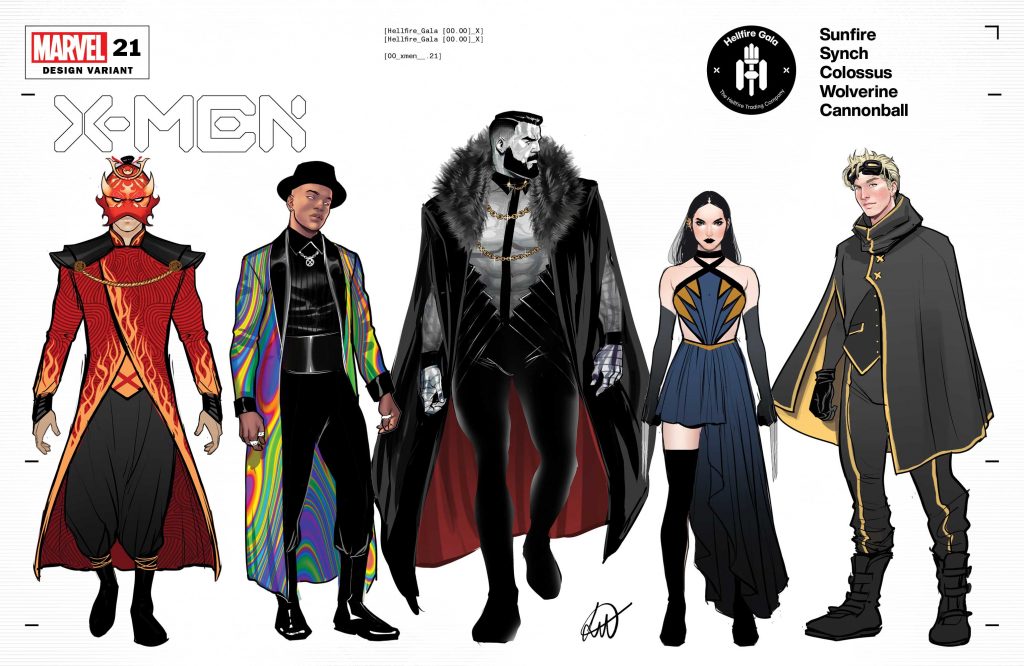 The Hellfire Gala begins this June in the X-books.

New York, NY— April 30, 2021 — This June, the Hellfire Trading Company invites readers everywhere to the inaugural Hellfire Gala where the first Krakoan team of X-Men will be introduced to the Marvel Universe and mutantkind’s planet-sized plans for the future will be unveiled. Running through 12 issues of your favorite ongoing X-Men titles and one glorious one-shot, PLANET-SIZE X-MEN, the Hellfire Gala will be a night filled with drama, action, and shocking developments that will alter the course of mutantkind as we know it.

The Hellfire Gala will welcome all of planet Earth—humans, mutants, super heroes, and more—so to look their best on this monumental night, X-Men artists have turned out outstanding high-fashion looks for Krakoa’s best and brightest. Last month, fans got to see Russell Dauterman’s incredible designs, and now fans can check out the rest by some of the industry’s top artists including Lucas Werneck, Marcus To, Valerio Schiti, Marvel’s Stormbreaker Joshua Cassara, and more!

Incorporating real-world high-fashion concepts with character history and even mutant abilities, these dramatic, unexpected looks are unlike anything Marvel Comics has ever put to page and will grace the covers of select Hellfire Gala issues as must-have variant covers. And all this jaw-dropping fashion is only the beginning. Check out all ten character design variant covers now, and don’t miss mutantkind’s biggest night when the Hellfire Gala takes over all your favorite X-titles this June! For more information, visit Marvel.com.