In his phenomenal run on his recently concluded Marvel Comics series Iceman, writer Sina Grace examined the growth of Bobby Drake, the titular mutant hero, as he examined his new life as an out gay man. Under Grace’s writer’s hand, Bobby came into his own and was developed as a character in a way that has been unmatched in the X-Man’s 55-year history.

But Marvel wasn’t finished exploring Bobby’s solo adventures. Last month, Grace rejoined the hero again for the debut of an all-new miniseries, further examining Iceman’s journey as a hero, as an advocate for improved human/mutant and mutant/mutant relations, and becoming more and more comfortable in his own skin and sexuality.

With issue #2 on sale this Wednesday, Mr. Grace spoke with us recently about where we find Iceman at the beginning of this new miniseries, how Bobby Drake’s development has changed his view of and responsibility toward the world, and the various whys and wherefores of exploring Bobby’s relationship with X-Men hero/villain Emma Frost, the sometimes White Queen. 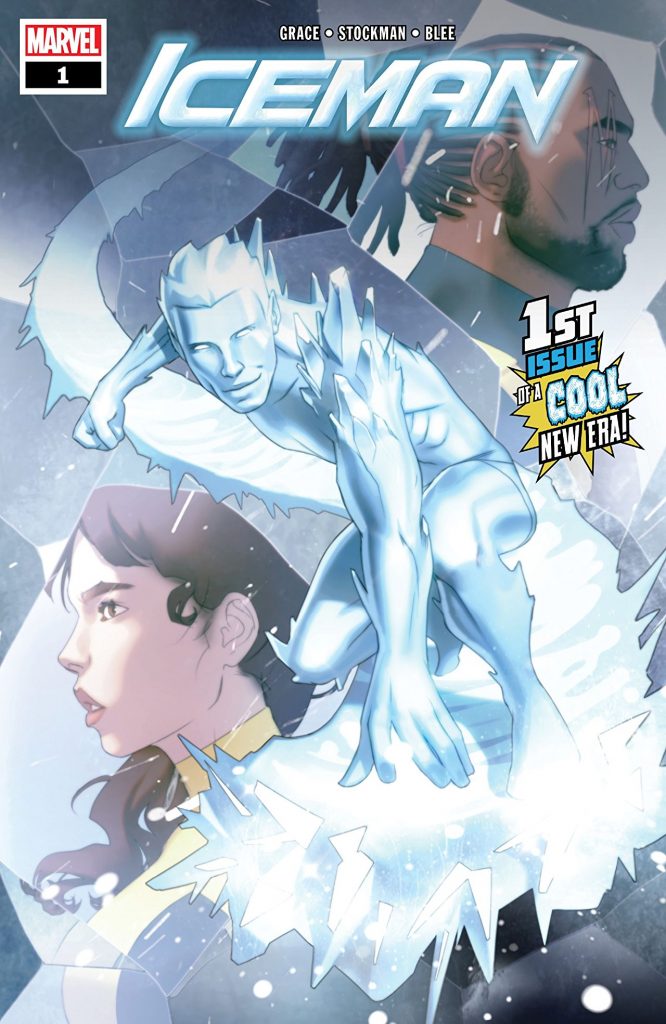 FreakSugar: You wrote the previous and magnificent Iceman series for Marvel. Did you always know the miniseries would be starting up again this year?

Sina Grace: Iceman’s return to the stands was a complete and total surprise for me. I was definitely at peace with the run I had, and didn’t expect to hear that kind of news… much less so quickly after the book ended. I’m living my best life now!

FS: You did a great deal of character work with Bobby in the last series. How do you view his change from the end of the last series to where we find him as this new book begins?

SG: My favorite phrasing in terms of Bobby’s emotional journey with his sexuality is, the first series was a coming out story, this run is a being out story. He’s grown a lot, so he’s less self-absorbed or worried about what others are thinking… which means we can focus on way bigger problems facing mutantkind today. 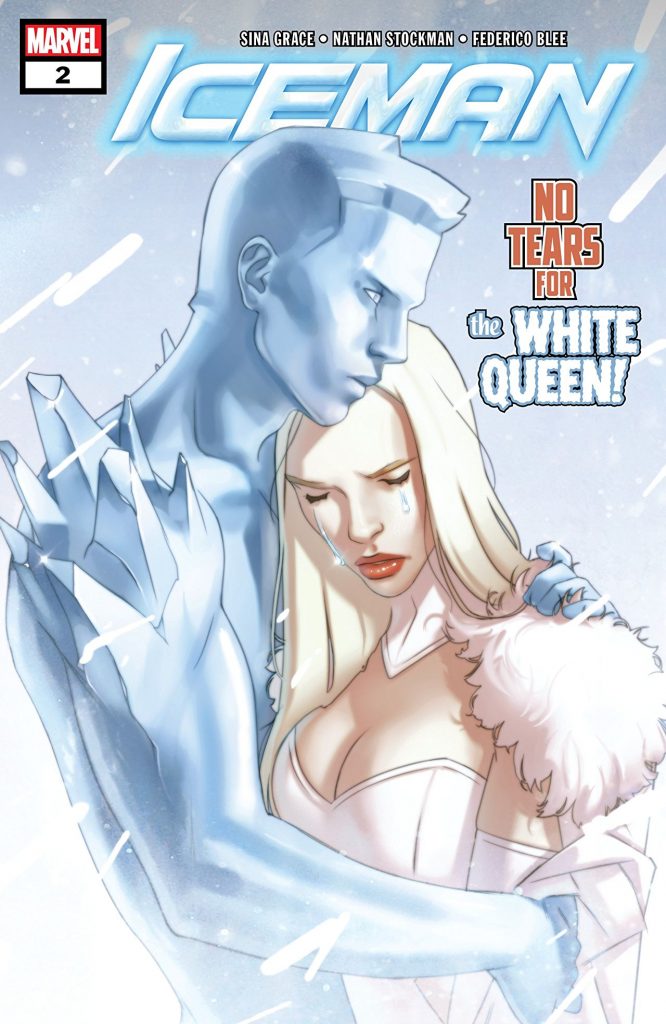 FS: For folks picking up the series with issue 2, the debut chapter saw Bobby deal with mutant supremacists. Where do we find him at the beginning of issue #2?

SG: The second issue starts off right where the first one ends: with Emma Frost sitting in the X-Mansion, asking for Bobby Drake’s help. We learn that there’s a bit of drama with her brother Christian Frost, who we last saw in an institution. Trouble is brewing at Frost Manor (not the real name, hah!), and for several reasons laid out in the issue, Emma trusts only Bobby to help her.

FS: Emma Frost’s connection with the X-Men of late has been strained. Given their history together, is that one reason you wanted to pair up she and Bobby this issue?

SG: I’ve really wanted to play with their dynamic for a long time, but there wasn’t an organic opportunity to bring the two together. Now that Emma is without allies, and Bobby is sort of in this position to really help others and tackle his Omega-level awesomeness, the timing couldn’t be better.

FS: Part of the story’s arc focuses on Emma and Christian’s father’s efforts to suppress and change Christian, specifically his sexuality. How did you approach writing the abuse Christian suffered at his father’s hand, from his own fists to sending him away for conversion therapy?

SG: A lot of the damage Christian has experience was already chronicled in previous Emma Frost/ X-Men stories. I re-read those, and then read a lot of firsthand accounts from survivors of conversion therapy and the like. Similarly, I would watch videos from folks who were advocating for that kind of treatment. My research is always about trying to see what the “bad guy” is getting at. I also had some sensitivity readers review my script to make sure my words were honest and fair.

FS: Emma and Bobby may be the funniest of the X-universe’s characters. You seem to have had a blast having the two play off one another, given their different senses of humor.

SG: Oh my gosh, you’d be surprised how little fun I had writing this issue! Every snarky person thinks they’d be the bee’s knees when it comes to doing a good Emma, but… it’s tough! I kept massaging the dialog, hoping I was serving my absolute best version of her. Grant Morrison’s take on the character is one of my favorites, but I didn’t want to retread his beats, per se. Then, you don’t want to fall into that Gilmore Girls rhythm of everyone zinging each other a mile a minute. Ugh, so tough! 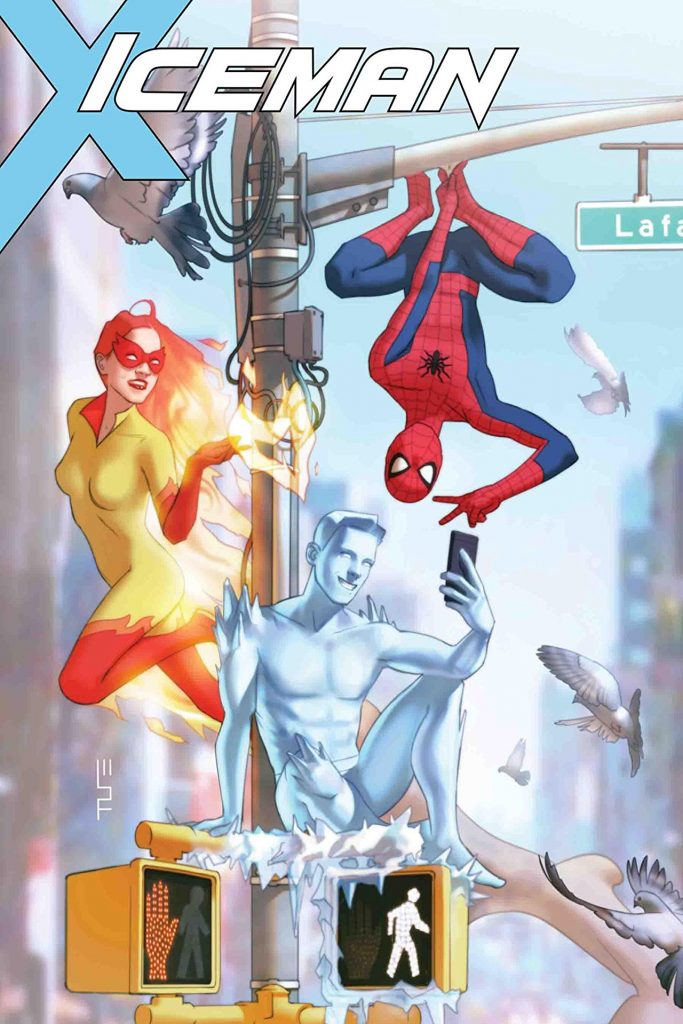 FS: The first two issues seem to have dealt with racism and homophobia in a way that provides a dark mirror to what could have happened to Bobby in his life? Is that a fair assessment?

SG: That’s one way to look at it, for sure. Something else I’m playing with in this arc is the notion of perspective and privilege. I don’t want to say this is a “check your privilege” arc, but I think the overall focus of the series has been about identity, self-awareness, and self-acceptance. Bobby Drake knowing what he’s got will help Bobby Drake know what he is.

FS: Bishop’s appearance in issue 1 and Emma’s appearance in issue 2 give Bobby characters to interact with who, on the surface, seem to have nothing in common with him, but allow certain themes of family and belonging to be explored. Will we see any other themes addressed as the miniseries goes along?

SG: The themes I can admit to playing with so far definitely include “family,” and “belonging.” Additionally, exploring the notion of “community,” and the responsibility we owe each other is a big one. Bishop was a lot of fun because I wanted to have a complete opposite personality working with Bobby towards the same cause. There are a lot of rotating perspectives coming in and out of the arc, with much intent. I’m vibing on the whole Chris Claremont thing where like you pepper the arc with a subplot here, and then pick it up like four issues later right when it counts.

FS: Mister Sinister, a perennial X-villain, popped up in issue 1 and makes another cameo in issue 2. Without giving too much away, can you talk about how you landed on Sinister as the underlying foil for this book?

SG: When I thought about this series as something longer than the initial 11 issue run, I figured that Bobby flexing his muscles would end up drawing attention towards him. Like, bad guy attention. Sinister is so fixated on the notion of perfection, especially on a genetic level. He’s a perfect character that speaks to the type of folks who are “purists,” if you know what I mean. I also dig that he’s the type of dude who sits in the wings ‘til he’s ready to strike, so it allowed for me to weave in a few other threads before their big showdown. 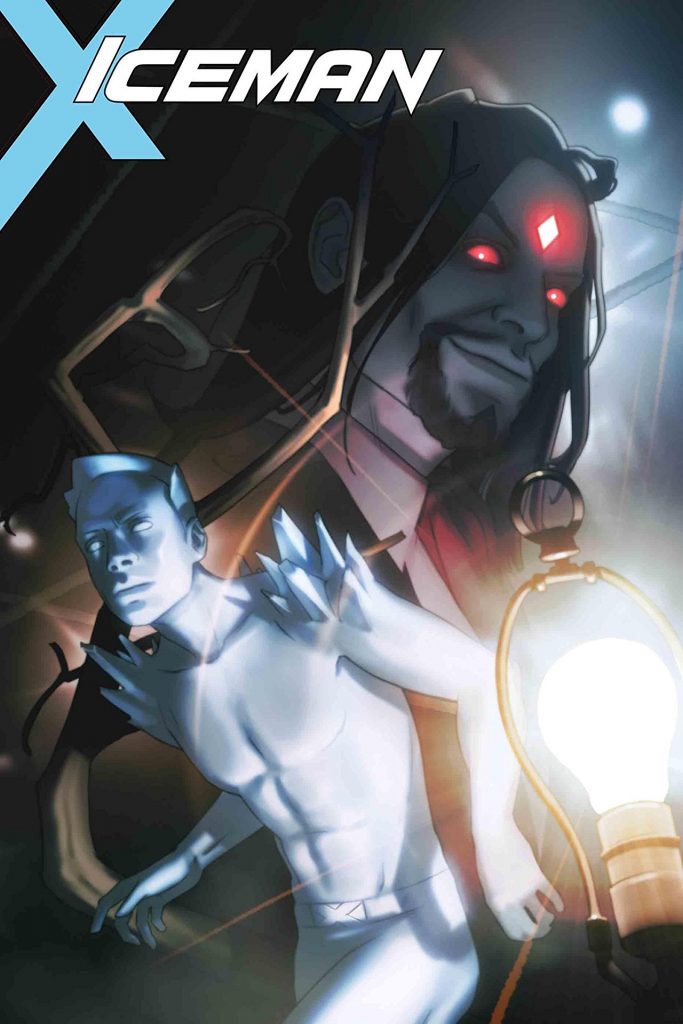 FS: Artist Nathan Stockman’s work blends the serious and the comical tones needed to pull off the story you’re telling, and he does it beautifully. What has the collaboration process been like with him?

SG: Nate’s a dream. I’ve said it over and over again, but he is able to swing between comedy, drama, and action effortlessly. The other thing I dig about him is that he’s got an eye for storytelling, and all of his feedback serves to make things read clearer. Also, for a guy living in Ireland, he really does a great job capturing New York!

FS: Solicitations tease that Bobby is going to reunite with some of his Amazing Friends. Is there anything you can tease about next issue?

SG: One of my favorite aspects of the cartoon was watching these characters kind of gripe about their personal lives with each other, and I wanted to bring that charm over to the comic! We get to see everyone on respective dates while moving the Sinister part of the arc forward in a big way. The issue is a fun balance of friendship, humor, romance, and pulse-pounding action. There’s a really neat double page spread that sort of brings everyone into the fold in a fun way.

Iceman #2 (of 5) goes on sale this Wednesday, October 10, from Marvel Comics.

Guest-starring Emma Frost, the White Queen! When it comes to Bobby Drake and Emma, the White Queen has always held the upper hand. So what trouble is Emma in that has her pleading for his help?