After a couple weeks’ worth of teaser images of members of the original team, Marvel confirmed today that a new Runaways ongoing comic book series would indeed be dropping this September. The folks at Entertainment Weekly confirmed that writer Rainbow Rowell (Eleanor & Park) and artist Kris Anka (various X-Men titles, among other things) will be the creative team bringing the revival to life. And, as the pics Marvel has been releasing suggest, the plan is to reassemble the crew of heroic teen children of supervillain parents.

As Rowell tells Entertainment Weekly, “At the beginning of this series they are scattered to the four winds and half of them are dead. One of the challenges now is who are they when they’re apart? They got thrown together, but now they’ve been pulled apart. They’re trying to figure out who they really are without each other… This arc is very much about them choosing to be together.” 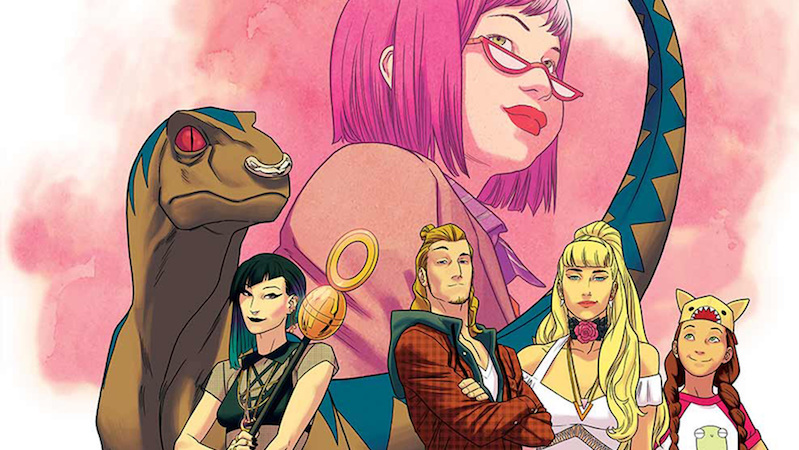 Rowell makes an insightful point about growing up: at the Runaways’ age, we often define ourselves by whom we choose to surround ourselves. It’ll be interesting to see who Chase, Molly, and the rest of the group become after being apart for so long and how that will change their interactions once reunited. That sort of thoughtfulness is indicative of the love she clearly has for the original stories by Runaways creators Brian K. Vaughan and Adrian Alphona.

“The characters and original story by Brian K. Vaughan (Paper Girls) are just so great and so beautifully built. I was really excited because I always felt like there were more Runaway stories and that book should just have kept going,” she says.

Alphona’s artwork was crucial in selling Vaughan’s stories, which is why the book’s editor Nick Lowe stresses how much a perfect fit Anka is for the series.

“Because of the huge shadow that Adrian Alphona cast on [the series], and what he brought to those characters, the artist has to know fashion and has to be able to draw kids, and all that stuff,” Lowe explains of what they were looking for in an artist. “That’s why Kris is so perfect.”

Sounds like the kids are going to be alright. Get ready to run to your local comic shop when Runaways #1 premieres this September from Marvel.

Is Gertrude Yorkes Returning for the Runaways Revival?