Obi-Wan Kenobi is one of the most beloved characters in the Star Wars universe, and it’s little wonder as to why. Wry, diplomatic, acute with the Force: the man is a pert-near perfect Jedi. That’s why even with wild rumors that–dammit–George Lucas might be directing an Obi-Wan standalone film, we’re still intrigued to see a movie zeroing in on the Jedi’s origins. Of course, he does have his failings, like the time he let his best friend Anakin Skywalker burn nearly to death instead of mercy killing him, thus preventing the continuation of Darth Vader’s blight of the galaxy. That’s a blindspot.

But another failing is one that Luke Skywalker, Anakin’s son, calls Obi-Wan out for and gives him the deepest side-eye that anyone’s ever gotten, and Kenobi kind of had it coming. For you see, in A New Hope, when Luke and Obi-Wan meet, the latter recounts how Vader murdered Anakin—despite knowing damn well that the two are one and the same.

Which, beyond the scene that launched a thousand memes… 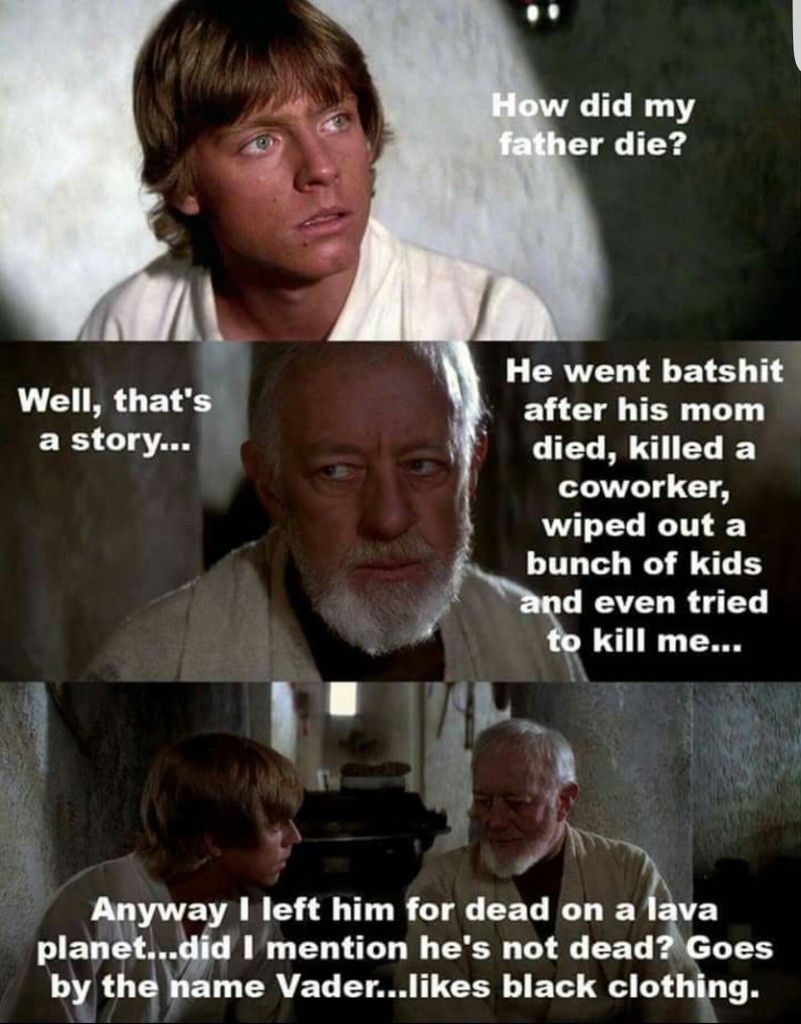 …is also total bullshit, as we learn in The Empire Strikes Back:

And when Luke confronts Obi-Wan on Dagobah about his lies and obfuscation, Kenobi doubles-down:

Luke repeats what we’re all thinking, but in the “Fucker, please” tone we all hear in Luke’s voice. And Luke is well within his rights. Kenobi straight up lied to Luke about his father.

Look, Obi-Wan has a point. Many of the truths we hold on to as people depend on our unique perspectives. But that doesn’t apply to “Hey, how’d my dad die?” questions. That’s a case of Obi-Wan dodging an uncomfortable conversation. Save that relativistic Bantha shit for freshmen philosophy class. Don’t pull that nonsense when a boy is asking about his pops’ death. Maybe you were trying to protect him or spare his feeling, Obi-Wan, but if that’s the case, own that decision and leave the verbal gymnastics out of it.

Let’s hope that if an Obi-Wan film ever does come to fruition, they’ll leave the relativism on the cutting room floor.