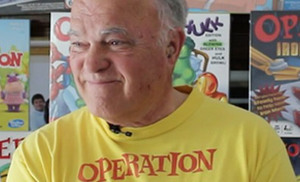 Let’s be clear, there is a lot of noise on the internet when it comes to fundraising. However, if you can wade through the sea of crowdfunded games and flavor-of-the-moment charity stunts, then you just might come across something genuinely worth your attention, as is the case with John Spinello, inventor of Operation.

Nearly 50 years ago, Spinello turned a college assignment into the original prototype for Operation, but signed away the rights to his creation for a one-time payment of $500. Now, moving into his retirement years, he is looking at a tough road ahead with mounting medical expenses and no clear plan for affording them. That is, unless those who grew up loving his product band together and pitch in.

The crowdfunding campaign for Operation is not a John Spinello-led effort, though. The idea was hatched in the minds of Tim Walsh and Peggy Brown, toy and game inventors themselves, who came to know Spinello both personally and professionally. Walsh originally made contact with Spinello eight years ago while interviewing him for the book Timeless Toys, but the connection stuck, and he has since become an impactful mentor to many in the inventor community. When Walsh and Brown heard of Spinello’s medical and financial troubles earlier this summer, they put a plan in motion, culminating in www.ILoveOperation.com, a landing page for fundraising efforts, as well as a one-month CrowdRise campaign.

In a culture that is increasingly focused on proper pay and credit for the creators of our entertainment, an effort to kick John Spinello a few bucks does not seem out of place. After all, the man is incredibly humble. Rather than holding a grudge with Milton Bradley/Hasbro, this is a man who tells reporters “I’ve had so many people thank me for it. That’s my reward.” This is the same guy who dons an Operation T-shirt and shows up at toy conventions with his original prototype, for no other reason than to let people play it. Seriously, check out his YouTube channel and see for yourself:

The timing for Operation seems right as well, with the game on the verge of celebrating its 50th anniversary next year. Operation is also on this year’s nominees list for the National Toy Hall of Fame as the Strong Museum of Play, alongside such classics as the Rubik’s Cube and Slip-N-Slide, among others. To coincide with this timing Spinello is finally prepared to part with his original prototype, currently working on plans for a public auction, to begin December 5th on eBay. You and I won’t be able to get our hands on the original, but Spinello has also begun offering autographed copies of his game to $50 donors at the I Love Operation website.

This also serves as a cautionary tale for game designers. As ranks grow to power the resurgent tabletop gaming industry, the opportunity for bad business deals is just as present as it was 50 years ago. There are more professional resources, such as the German-based international game designer association, Spiele-Autoren-Zunft, but most up-and-coming creators are still on their own. For those looking to break into the business, take heed from John Spinello’s lesson, and make sure to get a fair assessment of your creation’s value.