PAX East is a must-attend convention, uniquely positioned both as one of the premiere video and tabletop gaming conventions, yet on paper, each PAX is largely similar to the ones that came before. Yes, you should go to the storytime and the Penny Arcade Q&A, and yes you need to go to the Omegathon finale, but how can you best spend those precious PAX hours that lie in-between?!

Here, we take a veteran’s-eye look at the PAX schedule and assorted pre-show announcements to start your checklist off with 10 things to see and do:

VR is big, and Oculus is back. This time, they’re bringing their third-generation prototype, recently revealed just this past September, so PAX East will be most gamers’ first chance to go hands-on. Waiting in any sort of line in the expo hall for something you’ll be playing on your couch six months from now is a complete waste of your PAX time, but given the hype and uncertain commercial release plans of Oculus, we’re willing to overlook the line-waiting just this one time. 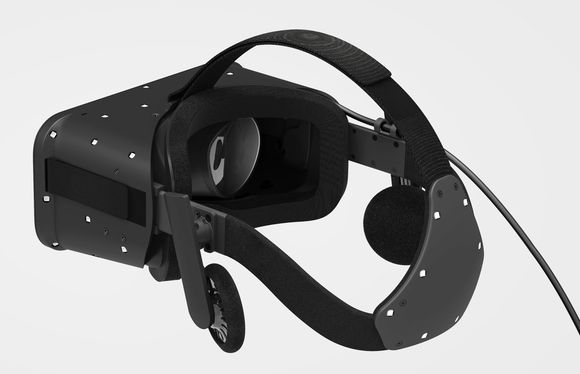 Tip: If you’ve never tried on any iteration of the Oculus headset, many indie developers will have first and second-generation hardware on hand to show off their own games. It might not be quite as pretty, but this is one way to skip the wait and still experience VR.

If you exist at the intersection of Penny Arcade fandom and Dungeons & Dragons fandom, then Acquisitions Incorporated is a big friggin’ deal. The white elephant of PAX main events, AI pops up approximately once a year, but you never quite know which PAX it will be. East gets the call this time, so come watch Gabe, Tycho, Scott Kurtz, and Patrick Rothfuss roleplay for the masses.

When Pinny Arcade first came to PAX two years ago, it was definitely an odd sight. Did they really expect people to buy all of these things? The sheer amount released since then seemed like overkill, but luckily some of these things are actually pretty damn cool. Pinny Arcade has taken root, and you absolutely don’t need to go off the deep end of collecting. Just buy what you like, proudly sport your desired number of flair, and if you ever get bored of them, trade ’em for new ones. This year’s pickup: Team Fortress 2.

Chris Kohler, Susan Arendt, Kyle Orland, and friends have continued to put on a great series of Saturday-night game shows at PAX East, but this year, the format has been revamped, with The Price is Right joining Family Fued and The Match Game. What human alive hasn’t dreamed of being call down to be the next contestant? Come on, live out your fantasy. Just don’t make an embarrassing bid.

Rym and Scott are no new addition to PAX – they’ve been doing lectures at every show since 2008. At East, they’ll be unveiling a new one, though: “What is Losing?” As hosts of the GeekNights podcast, they regularly pull back the layers of game theory and design, making listeners think more critically about what they play and consume. Their stage show ups the ante, and shouldn’t be missed.

The Megabooth is back, and it is bigger than ever. If you don’t have time to check out every game, make sure to check out one of PAX South’s clear hits: Just Shapes and Beats. Also, this year’s indie tabletop area has expanded, so make sure you get to check these out prior to the expo hall closing, even though PAX Tabletop is open late. Which brings us to…

Let’s be honest, buying a board game sight unseen is almost always a horrible idea. That’s part of what makes conventions so great: the chance to try this stuff out. Several compelling board games will be hitting Kickstarter during the time of PAX East, with their creators hitting up the show to run demos. Keep an eye on Twitter to see who sets up shop where, or stop by the Unpub booth for the opportunity to play the great games of the future.

3. Whatever the heck Harmonix is announcing!

We have no idea! But we are very much ready to band on plastic instruments again. We missed you, music games.

It’s not every day you come across a 60-person board game. Watch the Skies is Model U.N. meets alien invasion movie, and is a 100% unique experience that should not be missed. Popularized by a video review from Shut Up & Sit Down, Watch the Skies is part of a series of “mega games” created in the UK, and PAX East is one of only a handful of times the game system has made its way to the USA. 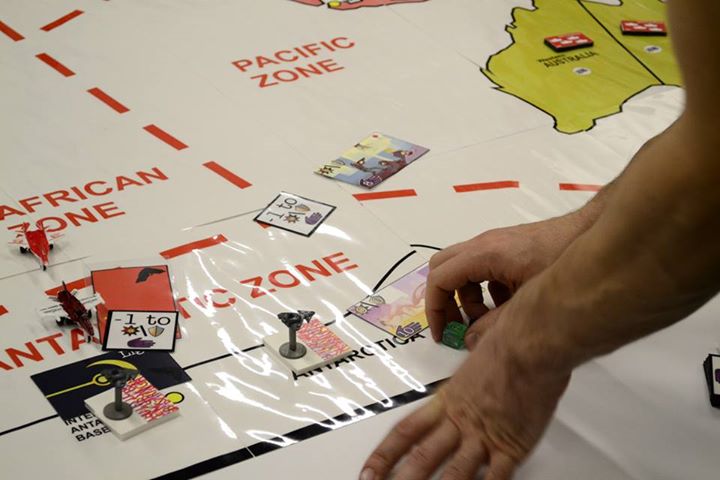 Freezepop makes their way to PAX East for the first time, and MC Frontalot (the best musical act at PAX, several years running) has a new album’s worth of material to play. What’s not to love? Bit Brigade is also in the mix, and they are the top of the line when it comes to 8-bit rock cover bands. Heck, they played live background music over a speed run of Mega Man 2 at MagFest this year!