The 2016 Summer Olympics in Rio officially kicked off last night with the Opening Ceremony, a choreographed light show depicting the rise of Brazilian civilization up to the modern age. While the participating countries have already chosen their Olympic champions to represent them in the 31st Olympiad’s various events, we were curious which folks from pop culture might have a more-than-decent shot at securing the gold. Of course, this is assuming that some of the super-powered set wouldn’t be disqualified for having unfair advantages against their human competitors. (Still, if Russia is still allowed to compete, this probably wouldn’t even be an issue.)

It’s probably a no-brainer that DC Comics’ The Flash—the fastest man alive—would clean up handily in any of the Olympic running events. Usain Bolt would appear to be moving backwards next to someone who can hit light speed. And I guess we can let Marvel’s mutant speedster Quicksilver in on the fun, too, lest he mope like a kid who just had his candy taken away.

While they are both phenomenal archers, I doubt I would send either Marvel’s Hawkeye or DC’s Green Arrow to make an attempt at the gold. Skilled they may be, they’re showboats that would let their cockiness get the better of them. Stop being ass hats, you two, and maybe we can talk about a trip to the 2020 games.

For my money, I’d bet on lawyer Jennifer Walters—better known as She-Hulk and Bruce Banner’s cousin—for any weightlifting event. While the Hulk and Superman are undoubtedly stronger than she is, the Green Goliath has a few things going for her that her fellow strong folk don’t. The Hulk is a moody bastard, for one, and the possibility of him getting annoyed by his fellow competitors is a risky bet. As for Superman, the Man of Steel would most likely start feeling guilty or some nonsense about using his powers for gain and let one of his competitors win. She-Hulk doesn’t have either of those shackles weighing her down, meaning she would clean up and kick all sorts of Olympic tail.

This is a difficult one to narrow down, as both Hikaru Sulu (George Takei) from the original Star Trek was almost synonymous with his swordplay and fencing feats. While The Next Generation’s Captain Picard (Patrick Stewart) was known for his flair with his foil as well, much as I love Jean-Luc, gotta give the spot to Hikaru.

No contest: The Children of the Spider, Spider-Man (Peter Parker) and Spider-Woman (Jessica Drew), would nail any gymnastics event handily. Peter might lose points with the judges for cracking wise during his flips and tumbles, but hopefully Jessica could rein in Parker’s sometimes-chatterbox impulses.

The Spirit of Vengeance drives a motorcycle—it’s his thing. True, choppers =/= bicycles, but I imagine a hell-powered weapon of justice could most likely make the transition just fine. 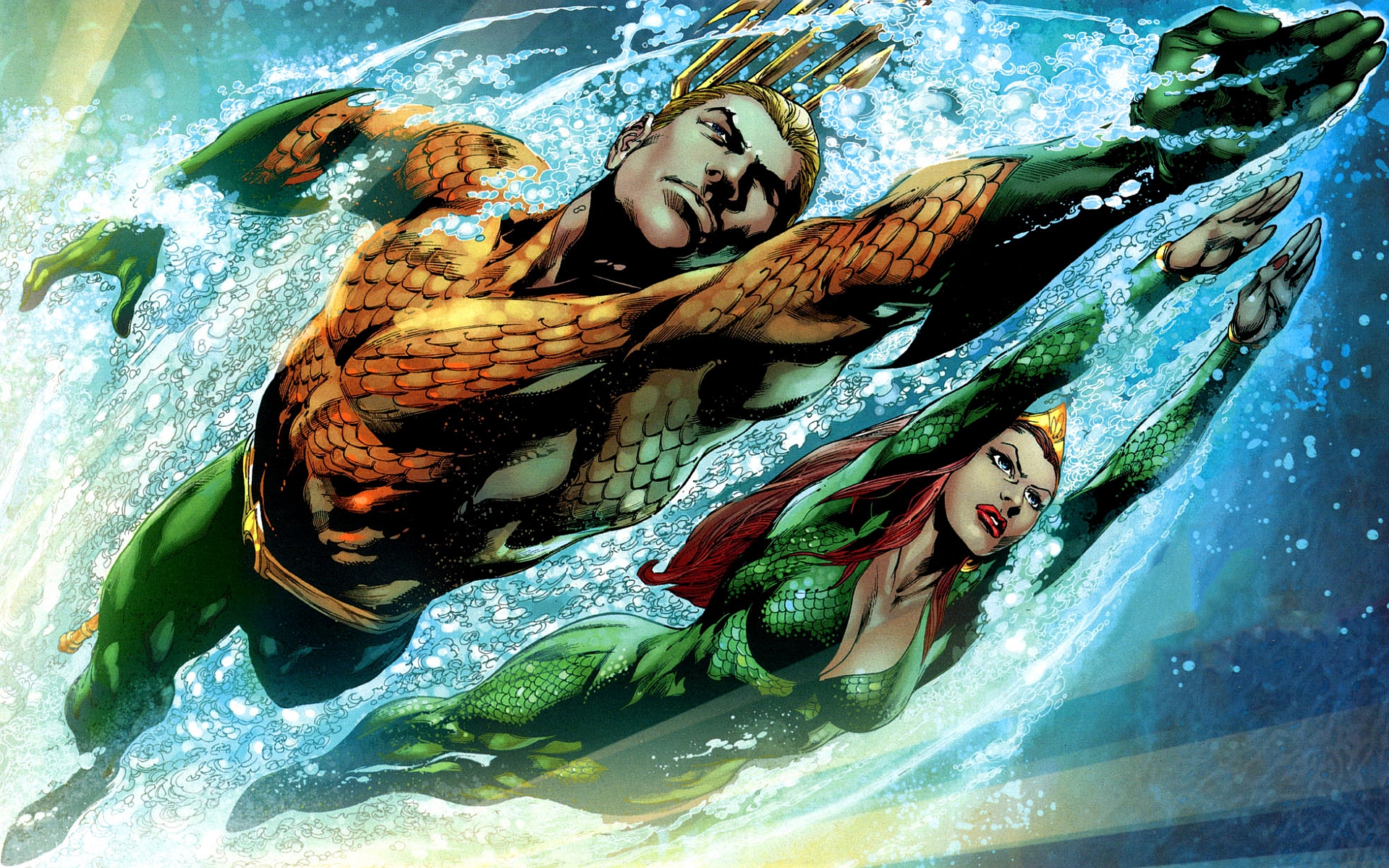 DC’s King of the Seven Seas, Aquaman wouldn’t break a sweat against Michael Phelps and his flippered hands. Water is his whole bag, really. Also, it’d help the superhero work out some issues: “See? I won all of the gold medals! Fuck you, Batman! I matter!”

We’ll let Namorita—cousin to Marvel’s Prince Namor of Atlantis—taking on diving because a) she is just as powerful as Namor and b) Namor is a dick. 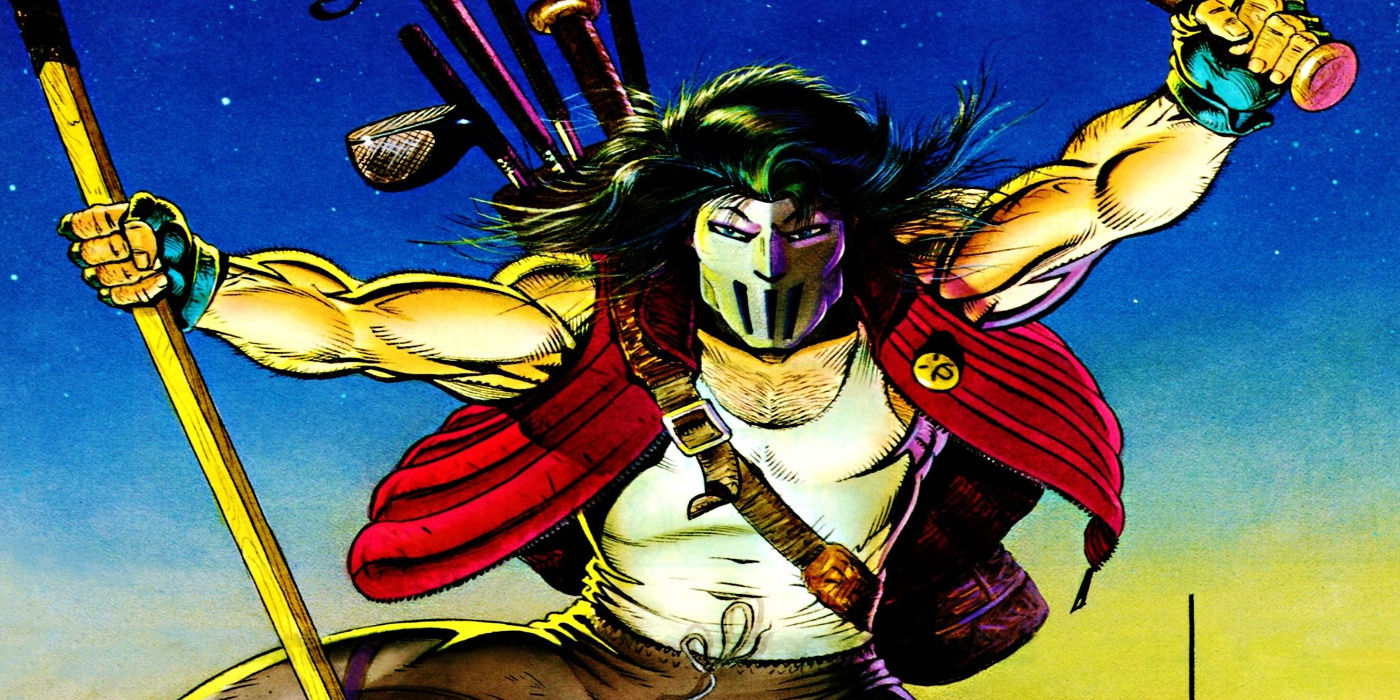 The self-described sports warrior and pal to the Teenage Mutant Ninja Turtles knows his way around several different types of sporting equipment—golf clubs included. He’d maybe be able to go toe-to-toe with his fellow putter masters if he could keep his Happy Gilmore-esque temper under wraps.

The 2016 Summer Olympics in Rio are underway through August 21. Check here for a listing of events and times.