It could be argued–and I have–that Marvel hasn’t done well by Cyclops since the beginning of its Avengers vs. X-Men event a few years back, when the House of Ideas decided to make him a Phoenix-possessed murderer. Although writer Brian Michael Bendis seemed to make it his mission in Uncanny X-Men to then redeem the one-time leader of the entirety of the mutant superheroes, the results were mixed at best, meandering at worst.

Then came Secret Wars. During Marvel’s sorta-kinda continuity-adjusting/reality-altering crossover event, Cyclops showed up once again with the powers of the Phoenix force, only to be seemingly murdered for his troubles. Following Secret Wars, when the reset button was pushed, story-wise, and Marvel’s tales jumped a few months into the future, we learned that Cyclops had been alive and well, but was now presumed dead following actions that created tensions between mutantkind and the Inhumans.

With Cyclops and his one-time paramour Emma Frost not having been seen in a Marvel title in nearly a year, it looks as though we’re finally going to get to witness what happened in those lost months for Cyclops and how his actions created strife between the Inhumans and his people. Death of X #1, the start of a four-issue miniseries by writers Charles Soule and Jeff Lemire with art by Aaron Kuder, will examine that question, as well as act as a prelude to December’s Inhumans vs. X-Men event.

So, again, we’ll see if Marvel wants to make Cyclops its whipping boy for the ills of mutants and the world. Hopefully not (I’m an unapologetic fan of Scott Summers), but with the track record Marvel has had lately with the character and the preview pages below, I’m not holding my breath. 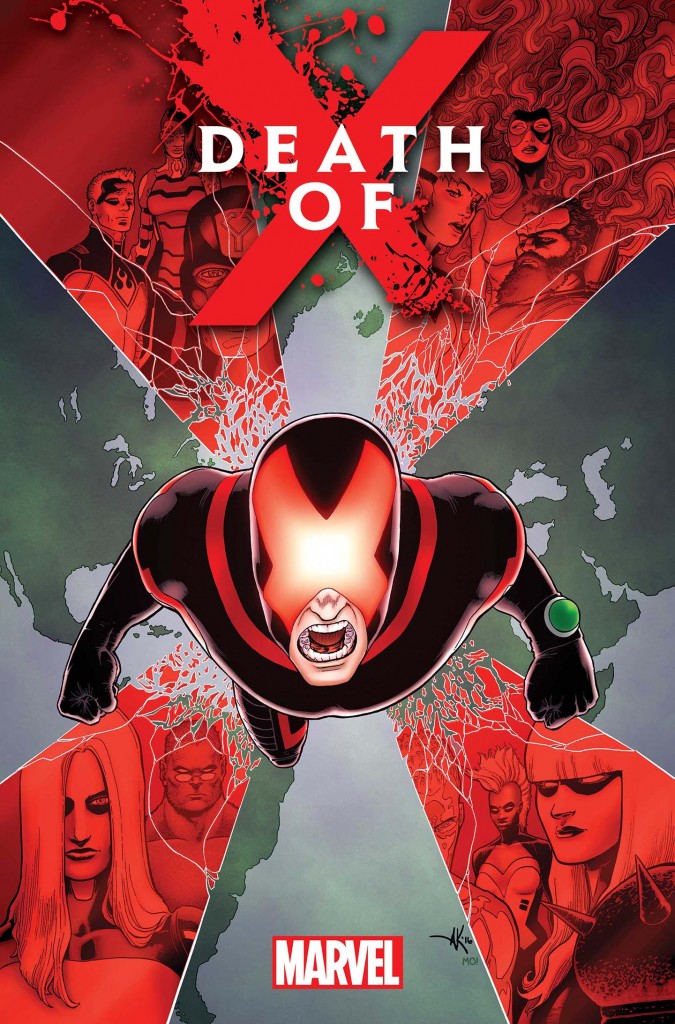 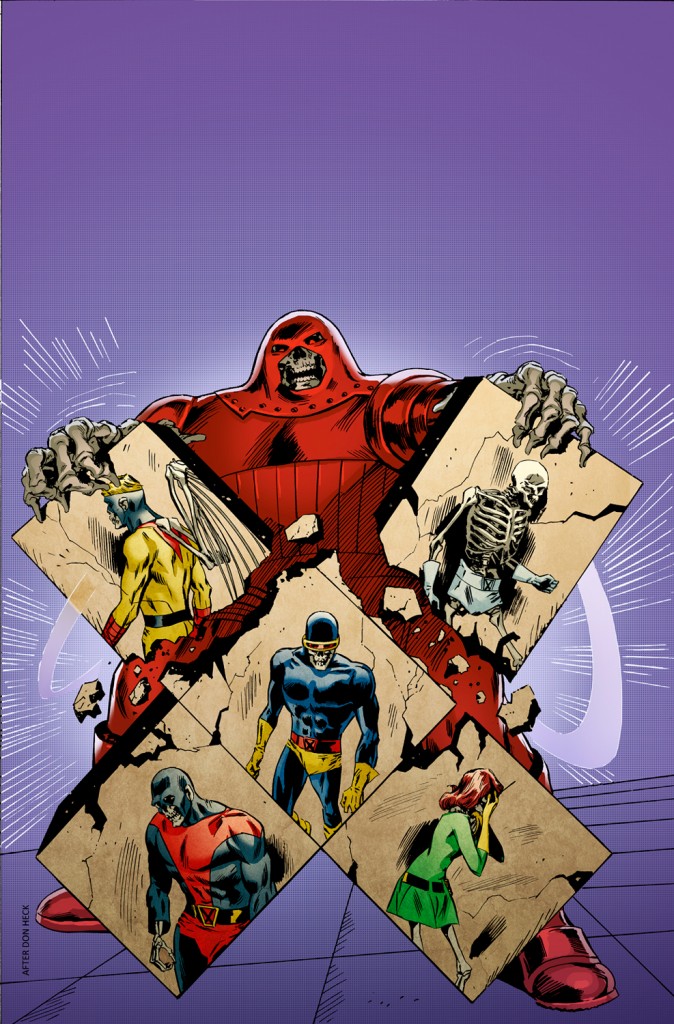 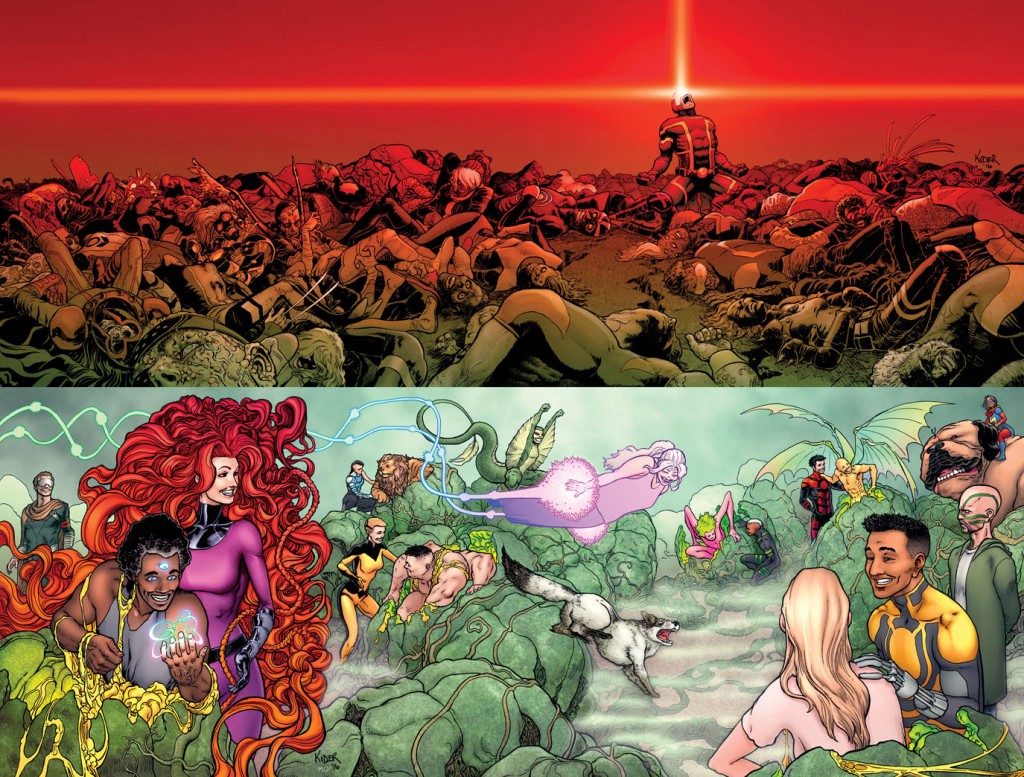 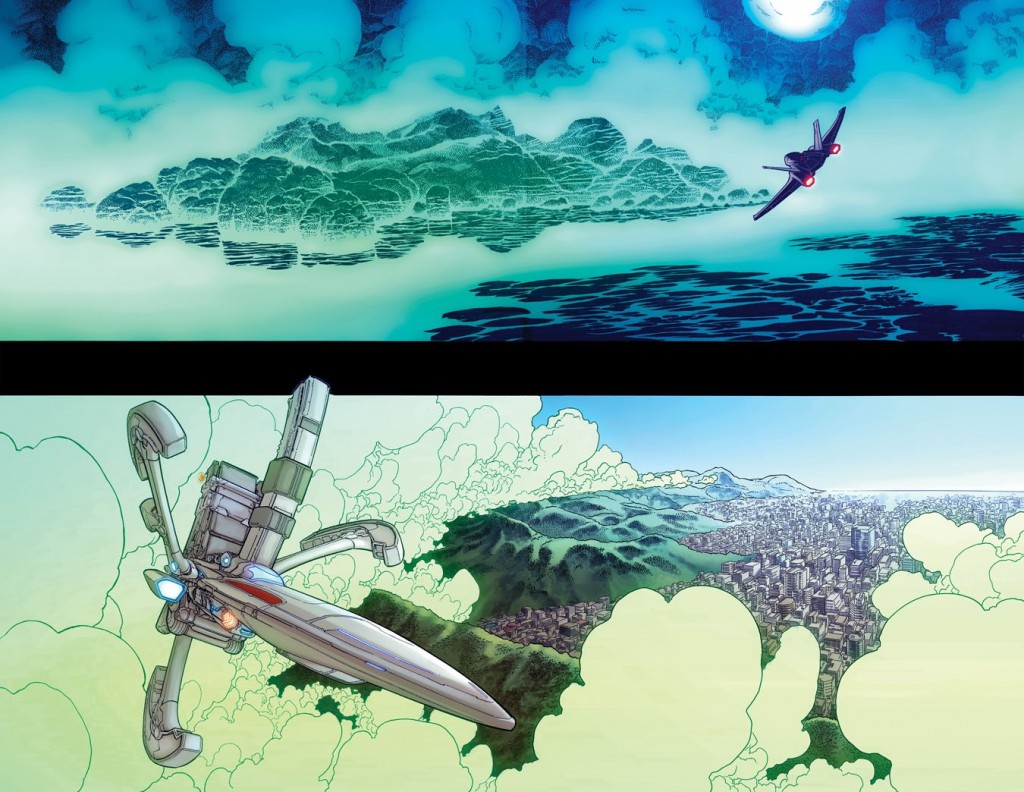 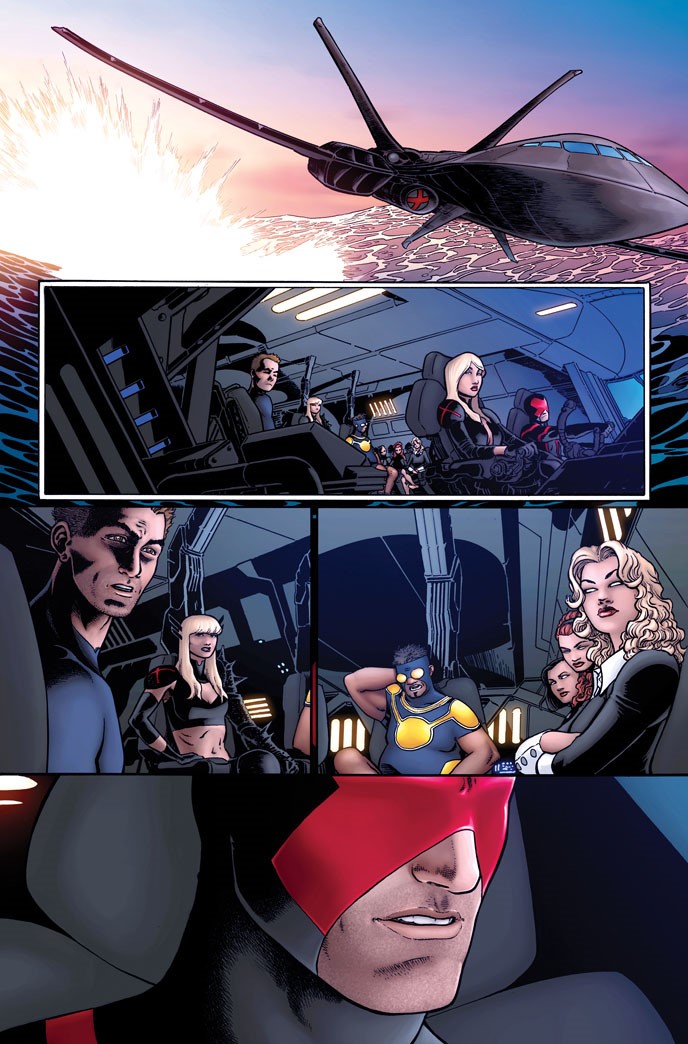 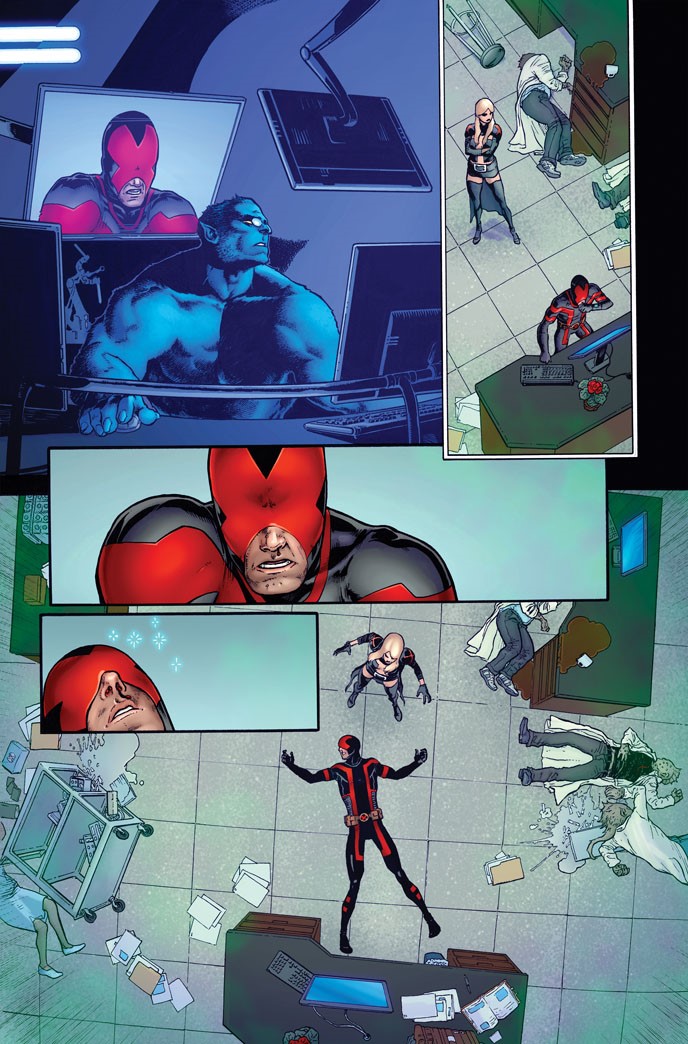 Regardless of Marvel’s protests to the contrary, it’s becoming increasingly clear the company is marginalizing its stable of mutant superheroes in order to build up the presence of the Inhumans–which are playing big roles in Agents of SHIELD–and/or not give Fox (which owns the movie rights to the X-folk) any new material to play with for its films.

Okay, enough of that reactionary ranting. It could be that there’s no hidden agenda to undermine the House of X. Still, for now, it’s wait-and-see time until the first issue of Death of X #1 hits next month.

The X-Men and the Inhumans are on a collision course. Cyclops is missing and presumed dead. But the question on everyone’s lips is “why”? That question and more will be answered in DEATH OF X #1 – a new 4-issue series launching October 5th! Superstar creators Jeff Lemire (Extraordinary X-Men) and Charles Soule (Uncanny Inhumans) are joined by fan-favorite artist Aaron Kuder (Action Comics) for an incendiary tale that will change the course of Mutantkind and Inhumanity alike!

As the Terrigen Mists roll across the Earth, it’s transformative properties are birthing new Inhumans across the Marvel Universe. But while the mists bring life to the Inhumans, they spell only doom for the X-Men, leaving dead or sickly mutants in their wake. As the Inhumans travel to Japan where the Terrigen Cloud has created a shocking new Inhuman, the X-Men travel to Muir Island where the cloud has caused something truly terrible. For the sake of his people, Cyclops must take action or face extinction. But how?

As war looms on the horizon, be there for the shocking beginning to the conflict. The fuse is lit, how long before this powder keg explodes? Find out when the highly anticipated DEATH OF X #1 comes to comic shops and digital devices everywhere on October 5th!