Valiant Entertainment’s Faith and the Future Force #1 just hit comic shops this week, introducing fans to a yarn that follows superhero Faith teaming up with other champions to prevent history from unraveling at its core. To keep up the energy the first issue established, Valiant has just released preview pages for the second issue, featuring time travel, armor, and jokes a-plenty. Give them a lookie-loo! 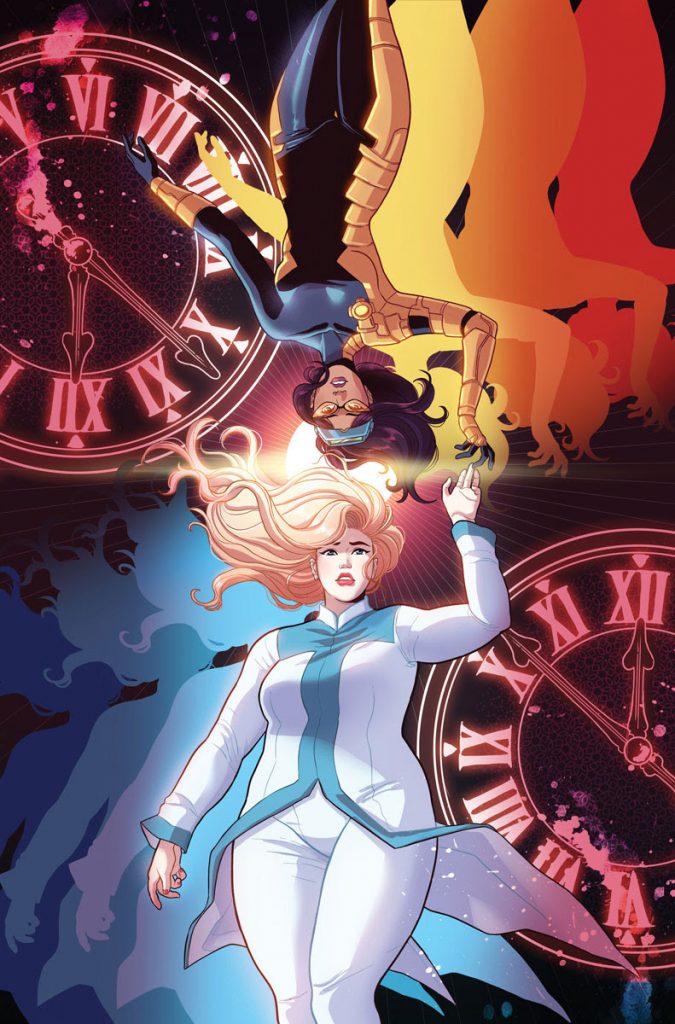 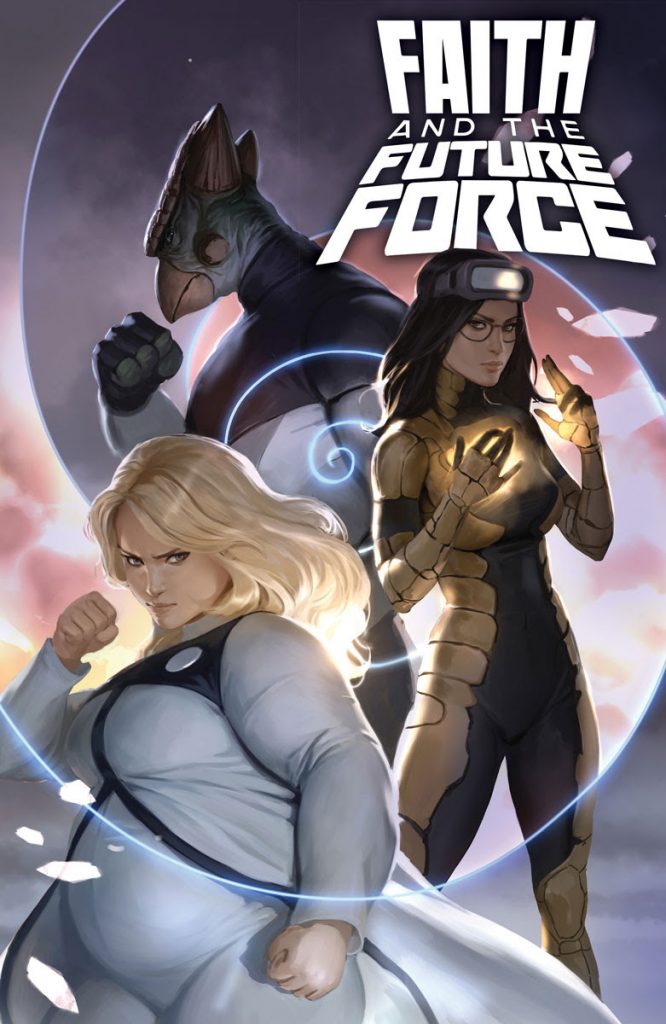 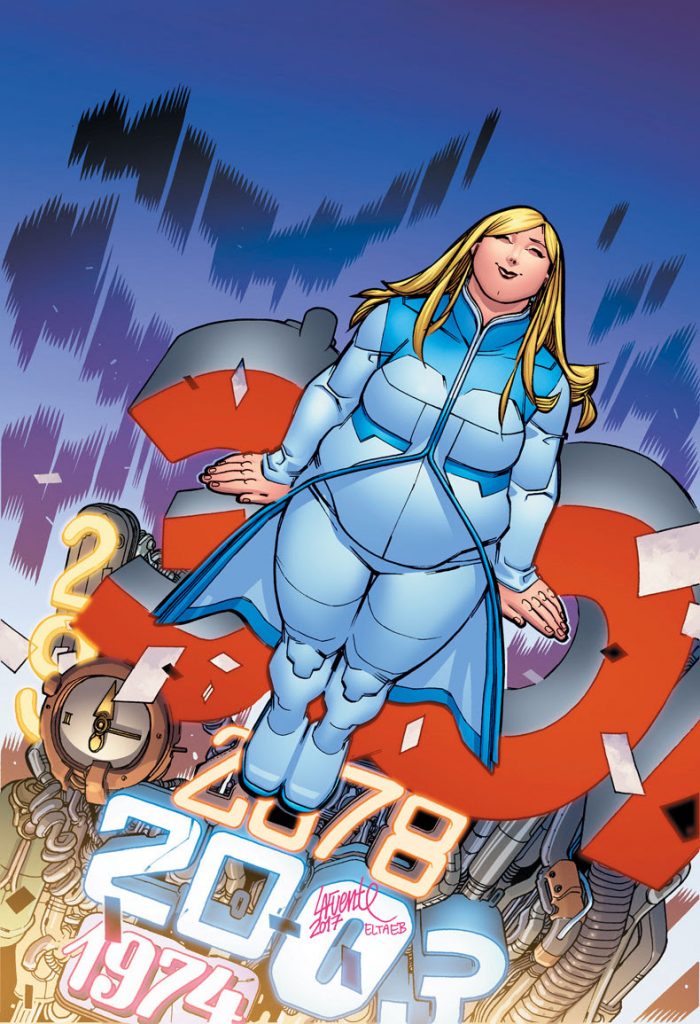 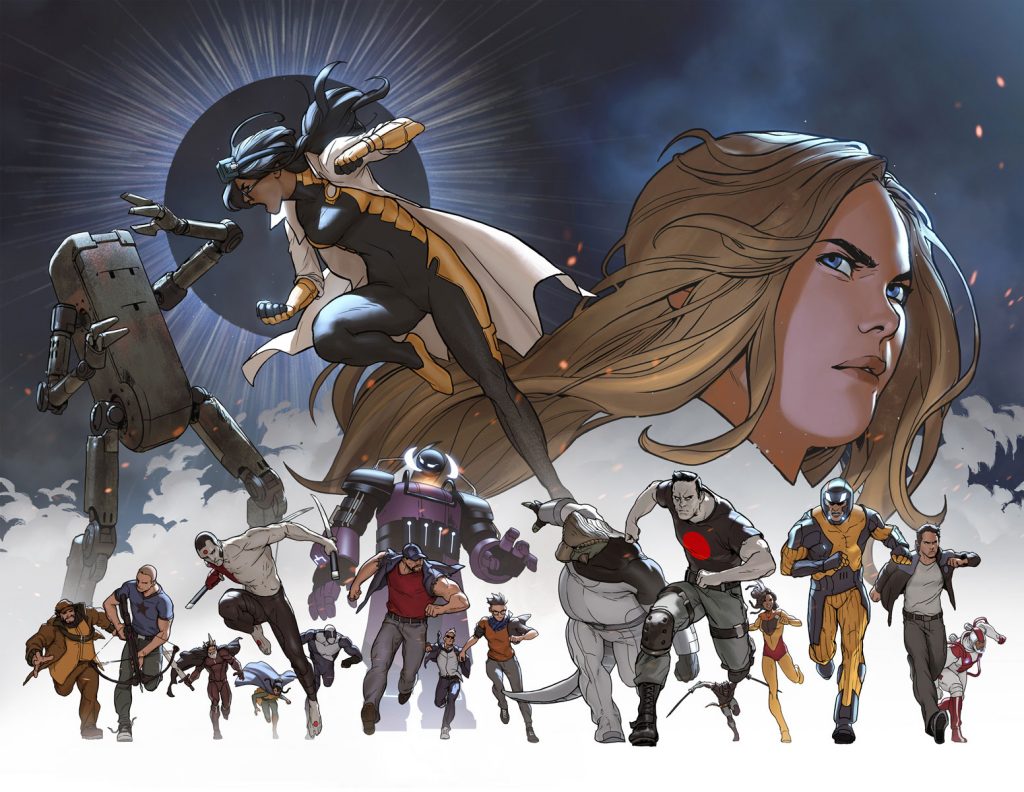 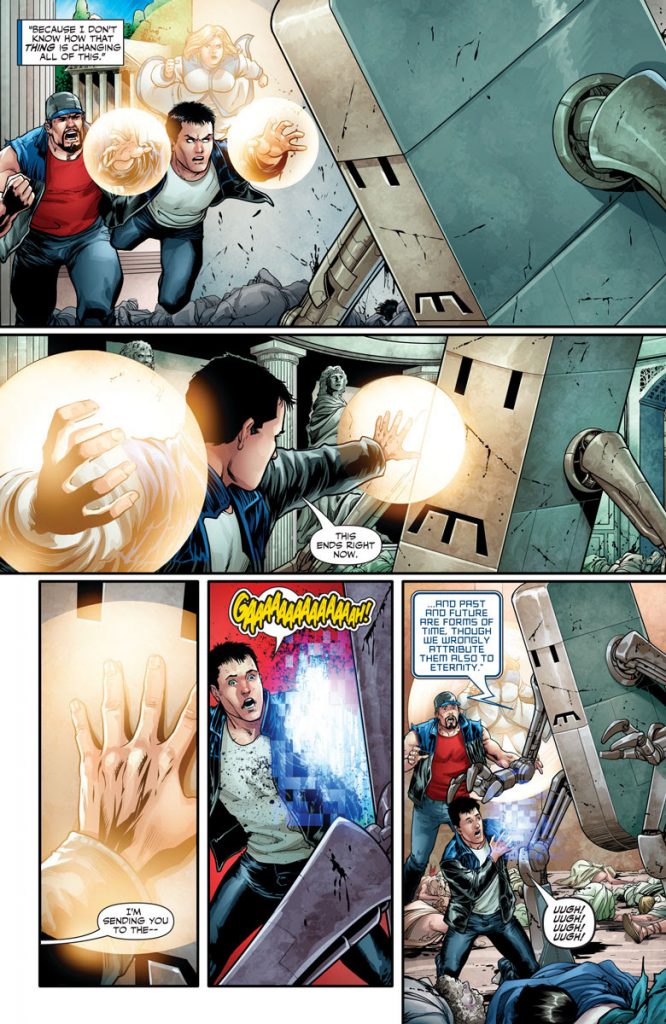 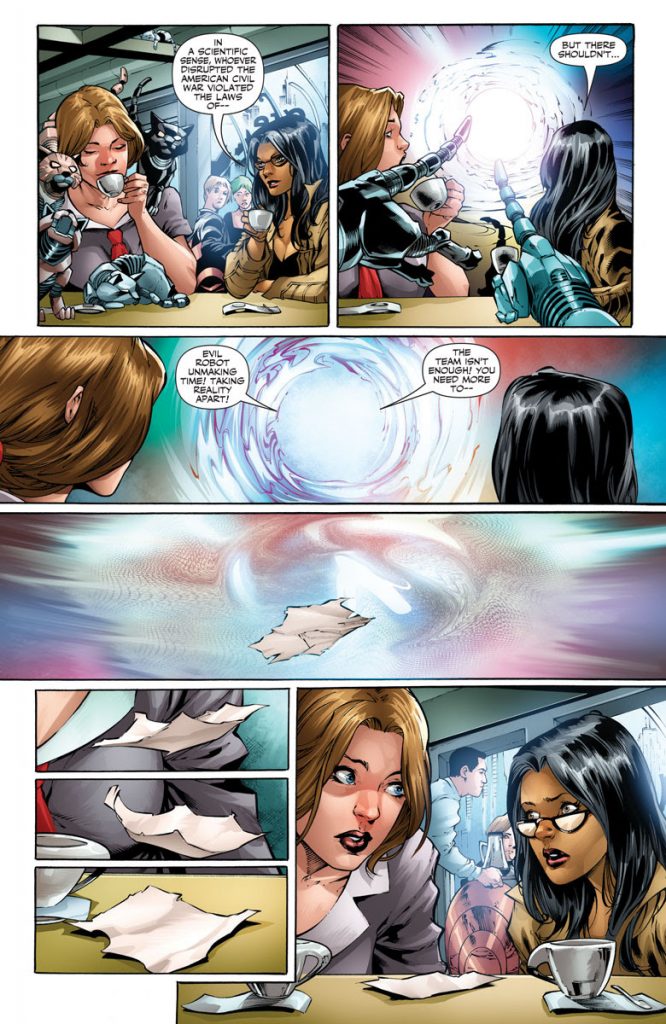 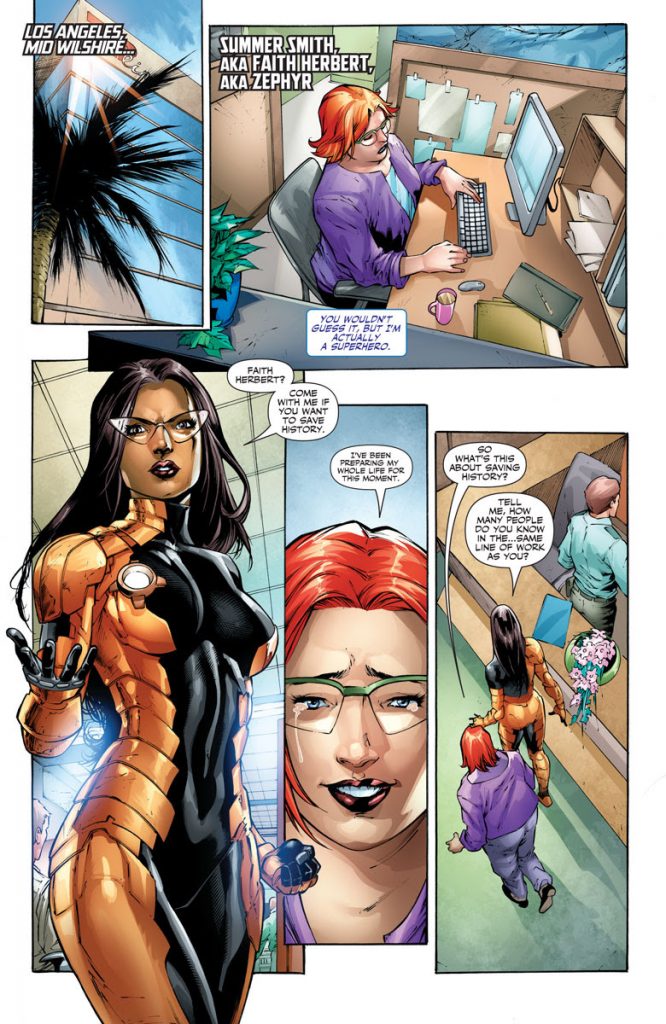 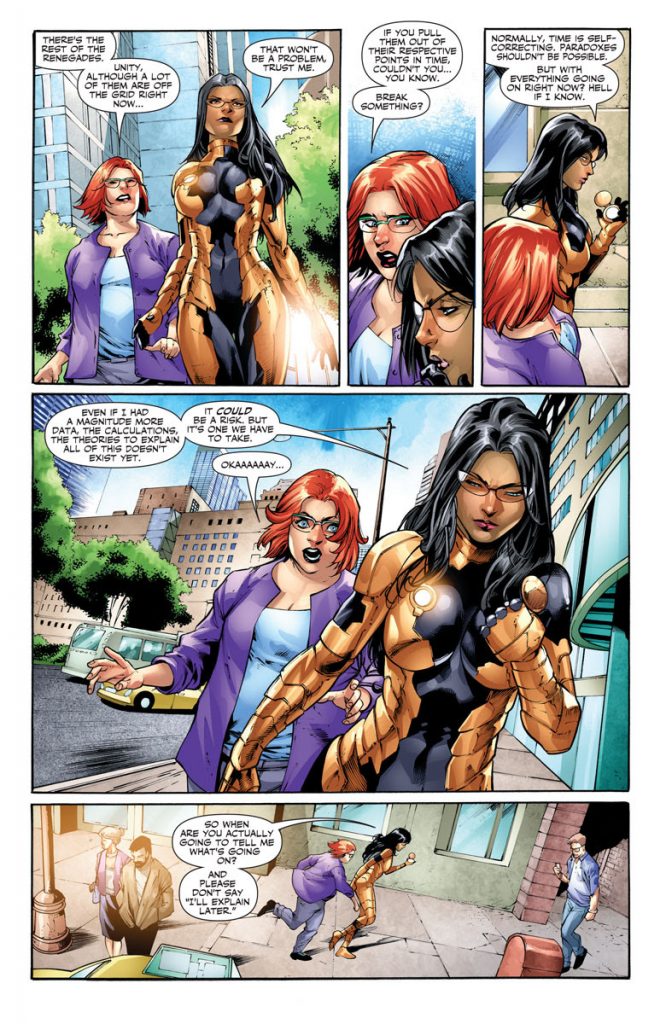 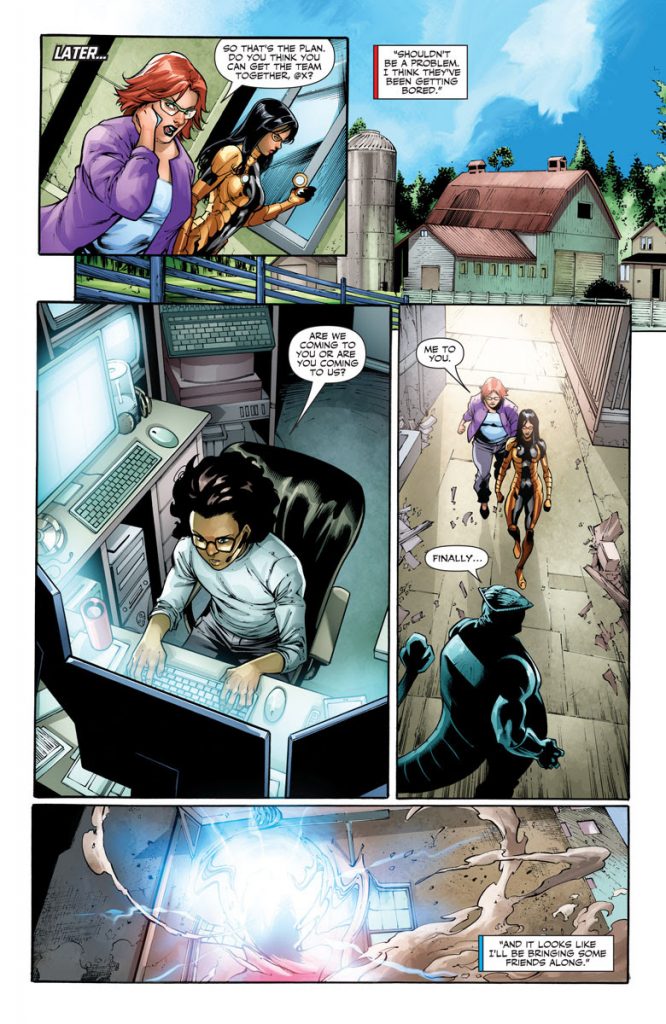 Series writer Jody Houser is a master of dialogue, as she’s shown time and again in such books as the main Faith title, DC Comics’ Mother Panic, and the comic book adaptation of Star Wars: Rogue One, and she’s clearly brought that flair to Future Force. As for artist Barry Kitson, his work has dazzled as far back as his work on the Batman books and beyond and everything from the armor he’s rendered to Faith’s emotions running across her face in these pages make the whole book sing.

Faith and the Future Force #2, written by Jody Houser with Barry Kitson on art, goes on sale August 30th from Valiant Entertainment.

Valiant is proud to present your first look inside FAITH AND THE FUTURE FORCE #2 (of 4) – the next century-shattering chapter of the summer’s SPECTACULAR STANDALONE EVENT from Eisner Award-nominated writer Jody Houser (FAITH, Mother Panic) and comics legend Barry Kitson (HARBINGER, Fantastic Four)! On August 30th, Faith is racing to the far edges of the time stream to recruit the greatest team of Valiant heroes ever assembled! Now, after failing to stop a horrifying new threat from erasing all that is and ever will be, Faith returns to where her journey began to recruit her most trusted allies—the Harbinger Renegades—for a decades-spanning battle to rescue reality itself!

Faith Herbert and Neela Sethi, Timewalker’s first attempt at saving time from being unwritten has failed…which means it’s time to rewind the clocks and start all over again! But this time, Faith is taking a new approach with a whole new team of heroes to help save the day! But will these new recruits be the key to saving all of time from a calculating A.I. foe, or is history doomed to repeat itself with a failure of incalculable proportions?

On August 30th, all-star creators Jody Houser and Barry Kitson reset the clocks as Valiant’s astonishing summer event takes on a threat too big for one hero! X-O Manowar, Rai, The Harbinger Renegades, Bloodshot, and countless more of the Valiant Universe’s mightiest forces unite for a battle millions of years in the making, only in FAITH AND THE FUTURE FORCE #2 – featuring covers by Jelena Kevic Djurdjevic (DIVINITY), Monika Palosz (X-O MANOWAR), Paulina Ganucheau (Another Castle) and David Lafuente (Ultimate Spider-Man)!

But first: Every second counts as Faith leads Valiant’s greatest champions for a millennia-smashing conflagration at the end of existence itself in FAITH AND THE FUTURE FORCE #1 – the FIRST ISSUE of A SPECTACULAR SUMMER EVENT from Eisner Award-nominated writer Jody Houser (FAITH, Mother Panic), explosive artist Stephen Segovia (WAR MOTHER, Action Comics) and comics legend Barry Kitson (FF)! On July 26th, the time stream gets turbulent when Faith Herbert joins forces with Neela Sethi, Timewalker on a centuries-spanning rescue mission to save history from all-out eradication at the hands of a megalomaniacal intelligence too powerful for a single hero!