During Marvel’s recent Secret Wars event, Doctor Doom–long-time thorn in the side of the Fantastic Four and the wider cast of Earth’s heroes–attempted a Hail Mary to save what he could of a collapsing universe. However, as with what always happens with the armored menace, his ego and hubris got the better of him, with his newfound power corrupting him and steering him back to his more self-destructive ways.

This fall, however, it appears that the not-so-good doctor will possibly be attempting to turn over a new leaf, adopting the mantle of Marvel’s golden Avenger in Infamous Iron Man #1. But is Doctor Doom truly trying to walk on the side of light or, as is often the case with the monarch, does he have several ulterior motives up his metal sleeves? 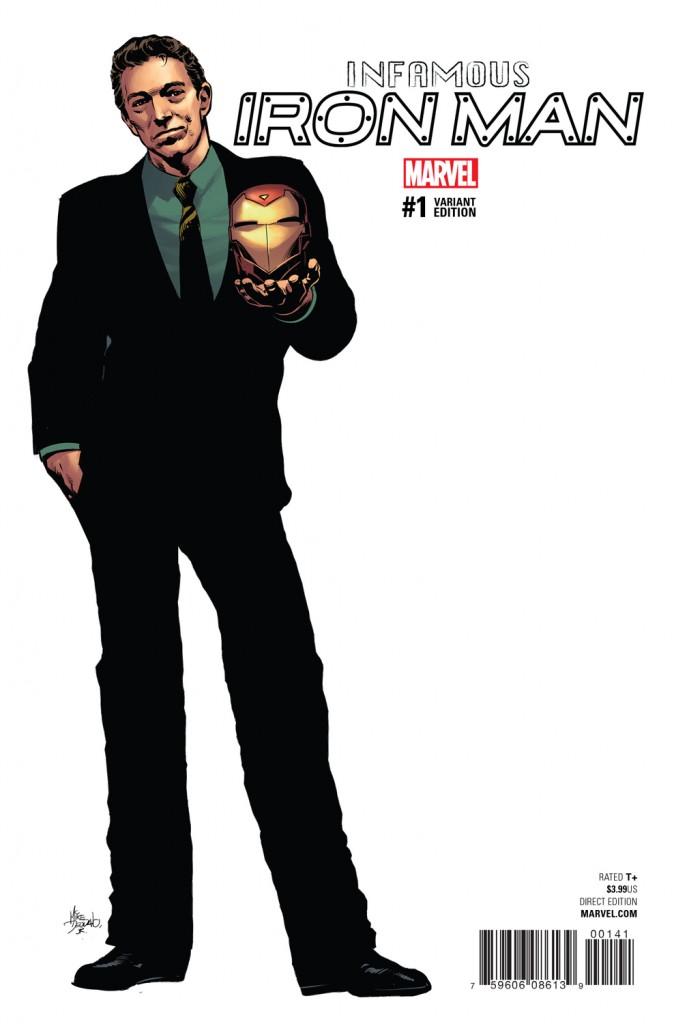 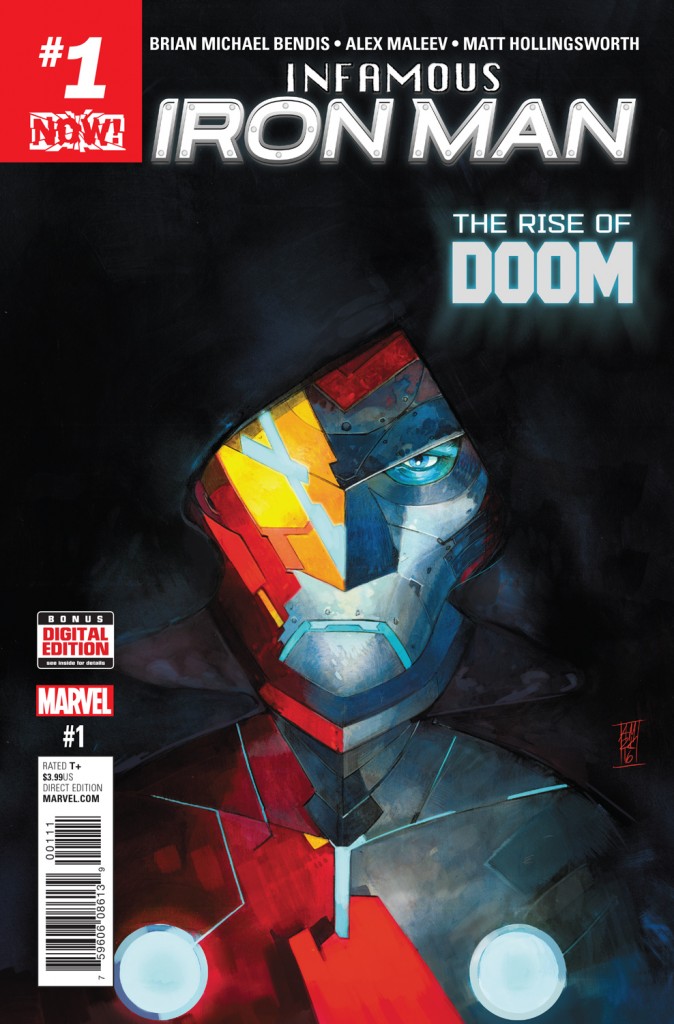 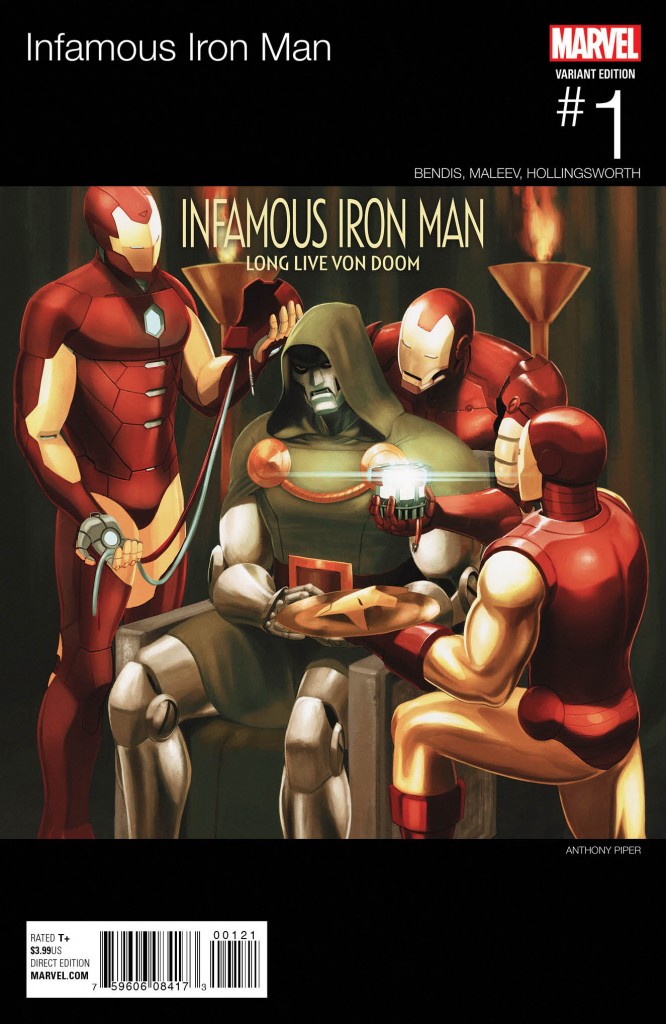 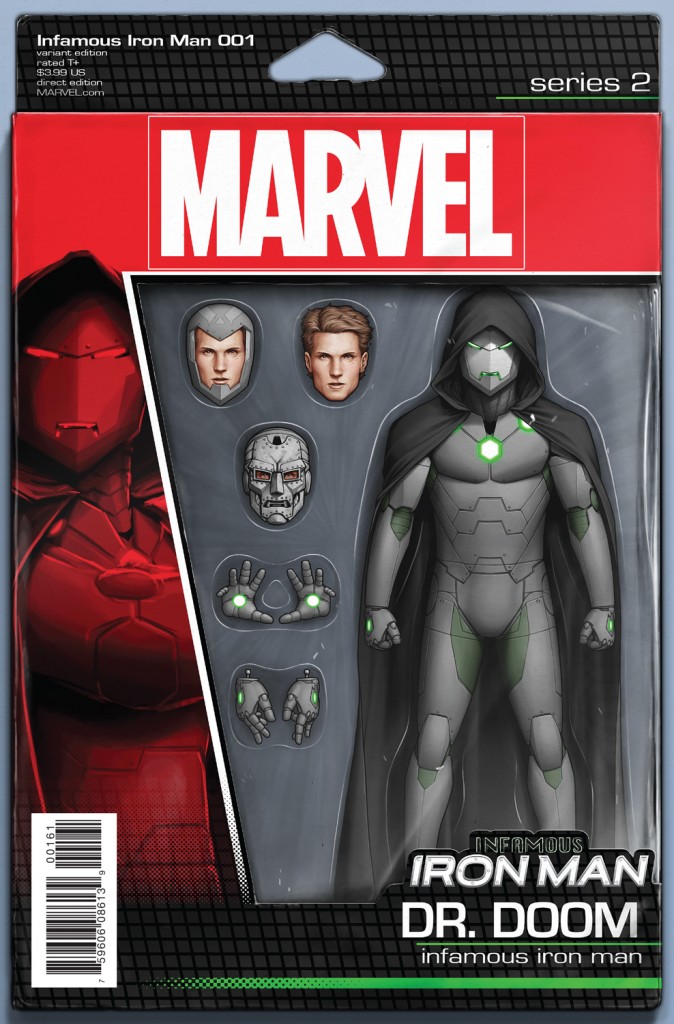 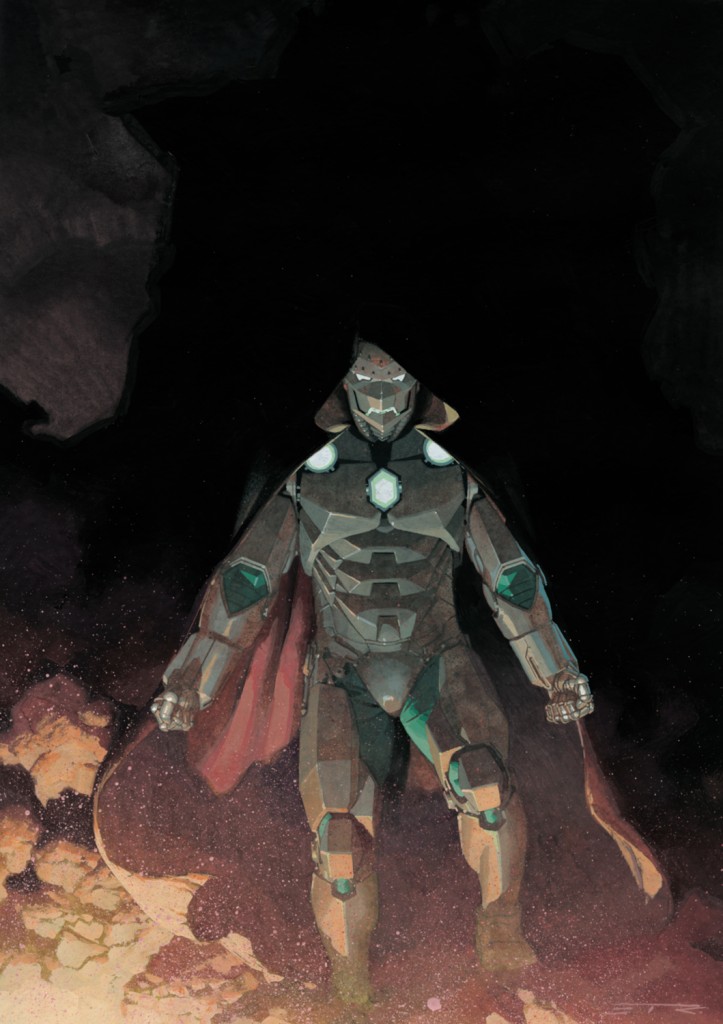 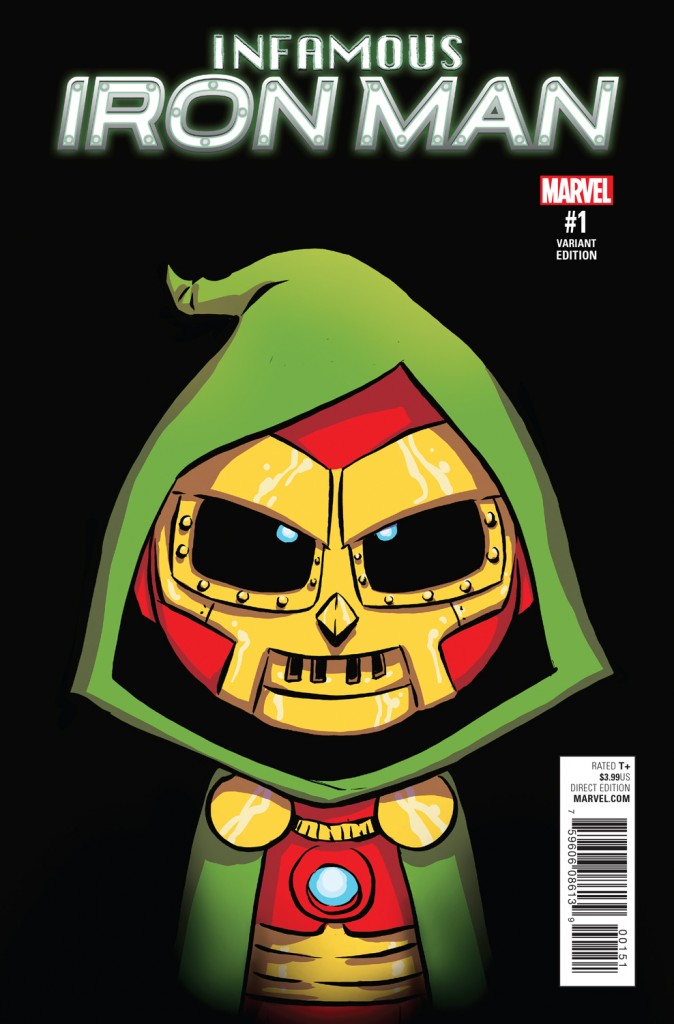 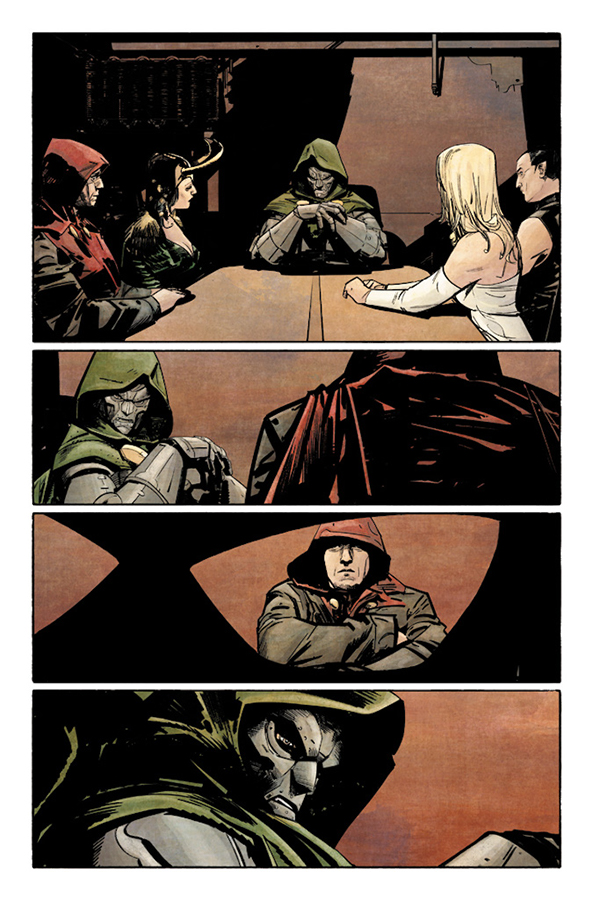 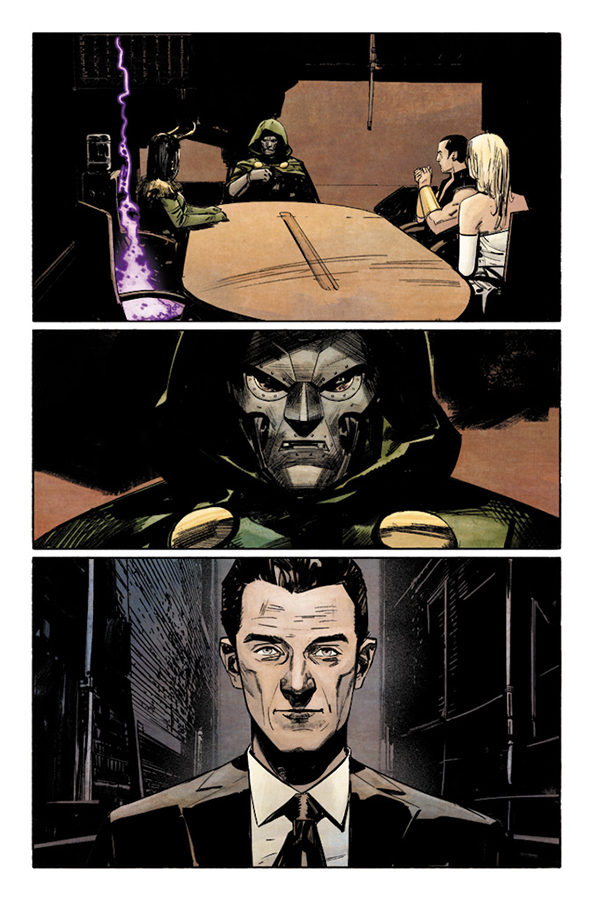 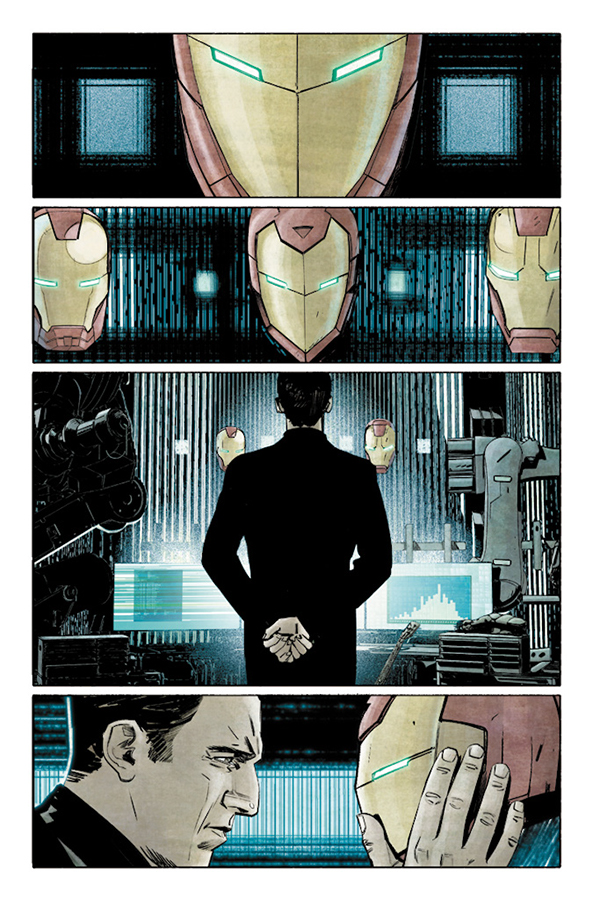 Infamous Iron Man #1, written by Brian Michael Bendis with Alex Maleev on art, is on sale October 19 from Marvel Comics.

Victor Von Doom has ascended to greater heights than ever before, as…IRON MAN?! Your eyes do not deceive you! There’s a new Iron Man in town, and he’s coming your way in INFAMOUS IRON MAN #1 – the all-new ongoing series from the blockbuster, Eisner Award-winning creative team of Brian Michael Bendis and Alex Maleev! It’s time for the greatest villain in the Marvel Universe to try something…new. Where Tony Stark failed, Victor Von Doom will succeed! Only, how will the rest of the world’s heroes take to their deadliest foe masquerading as their greatest champion? The question remains – has the one-time Doctor Doom truly turned over a new leaf, or is this just the next step in his master plan? The answers begin as Bendis and Maleev bring you their next can’t-miss collaboration in INFAMOUS IRON MAN #1 – coming October 19th!